California Drought Improvement Will 'Take Quite A While'

The U.S. Drought Monitor weekly update shows some slight reductions in the percentage of drought in California the past week. But the report cautions that improvement in the historic four-year drought will "take quite a while."

Despite heavy rainfall in January, an above-average snowpack and rising reservoirs in some areas, the U.S. Drought Monitor says more than one above-average winter will be needed to ease all the impacts of long-term drought in California. 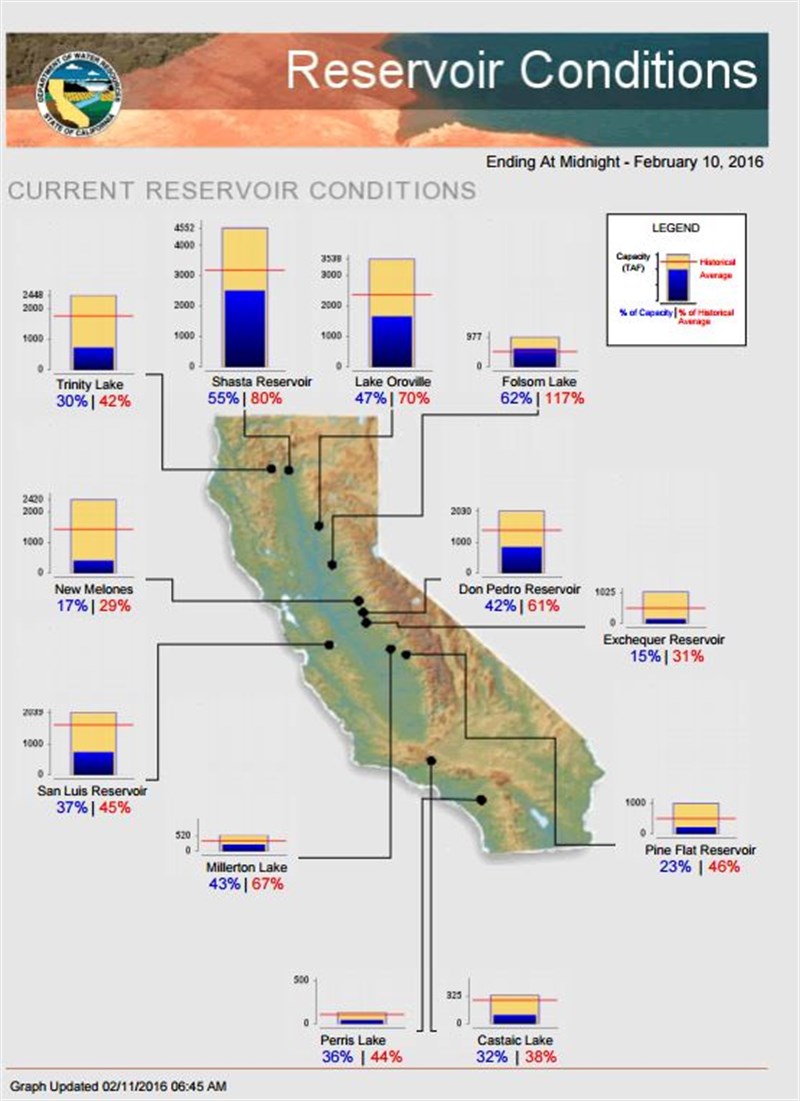 "Reservoir storage generally remains below-average and very significant groundwater shortages continue, according to the report released Feb. 11. "There are also serious problems with tree mortality. The USDA estimates 29 million trees are already dead, and a Stanford group estimates another 29 million trees are showing significant stress. Given these various factors, it will take quite a while for improvements in the short-term to chip away at large, multi-year precipitation deficits." 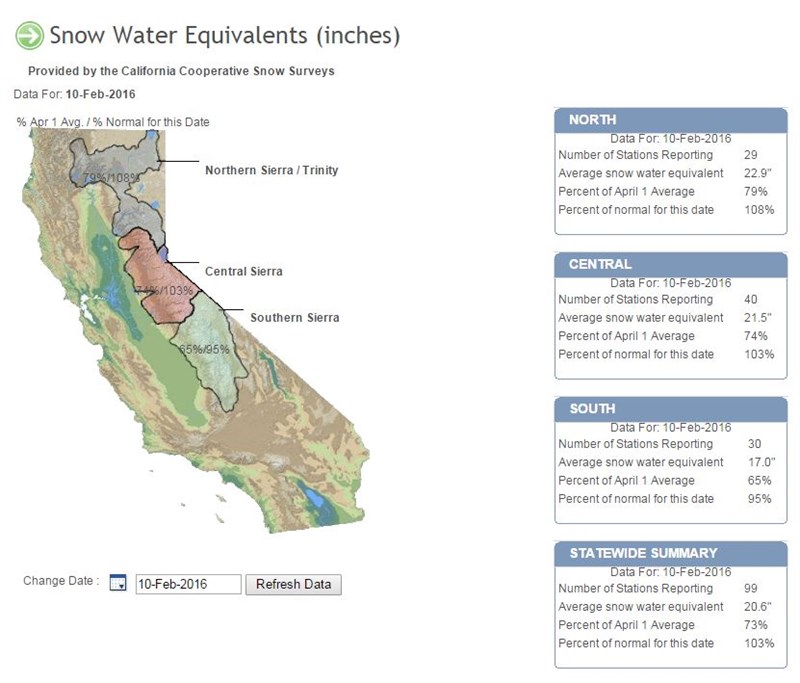 The U.S. Drought Monitor says reservoir storage and snow water content data "played a large role in the revisions made this week to the USDM map in northern California and southern Oregon."

As of Feb. 10, the snow water content in the Sierra Nevada snowpack ranges from 95 to 108 percent of average. The statewide average for 99 stations reporting in the northern, central and southern Sierra is 103 percent, just 73 percent of the April 1 average.

There were some slight changes week-over-week in the percentage of California in drought. 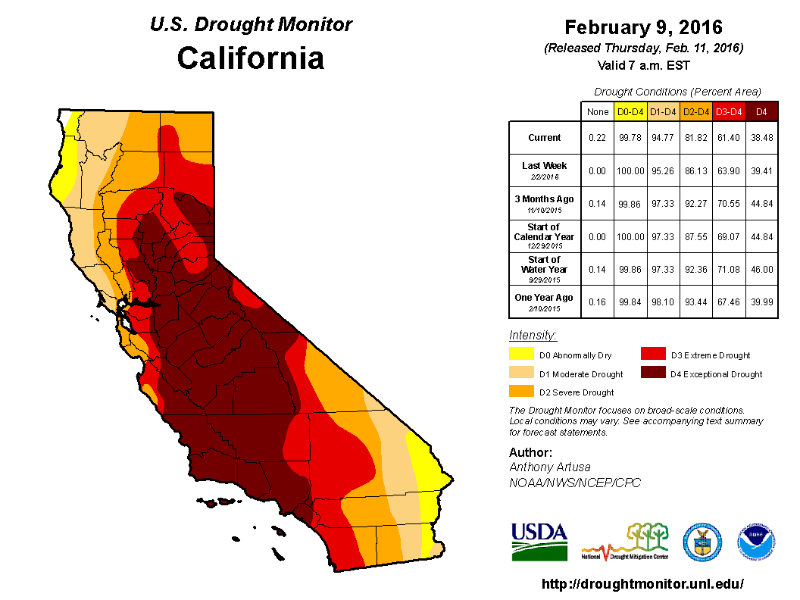 The biggest reduction came in the percent of severe (D2) drought, from 86 percent to 81 percent. A year ago, 93 percent of California was in severe drought. 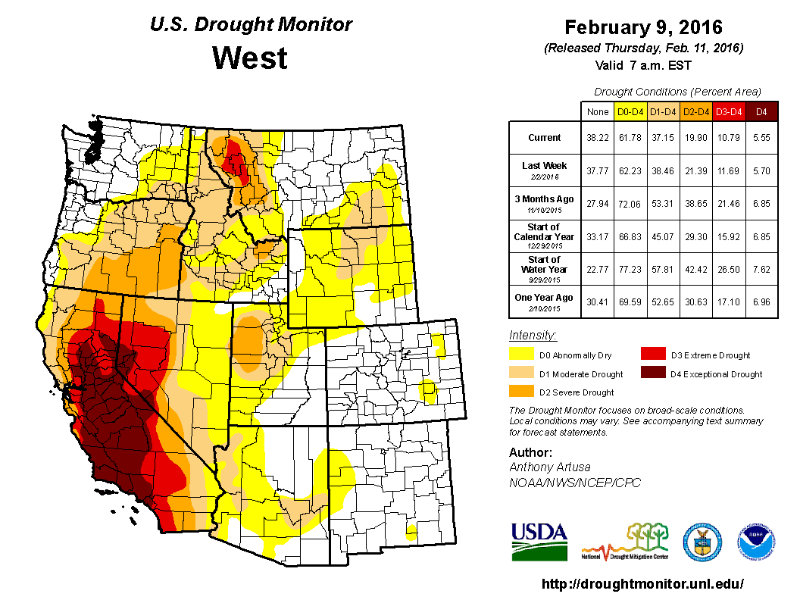 "Moderate drought (D1) was extended southward as far as Sonoma and Marin Counties. The D1/D2 boundary (separating moderate from severe drought) was moved slightly to the east, to central Siskiyou County, and eastern Trinity County," according to the weekly update. "Extreme drought (D3) was eliminated from eastern and northwestern Modoc County, and exceptional drought (D4) was trimmed out of Lassen County." 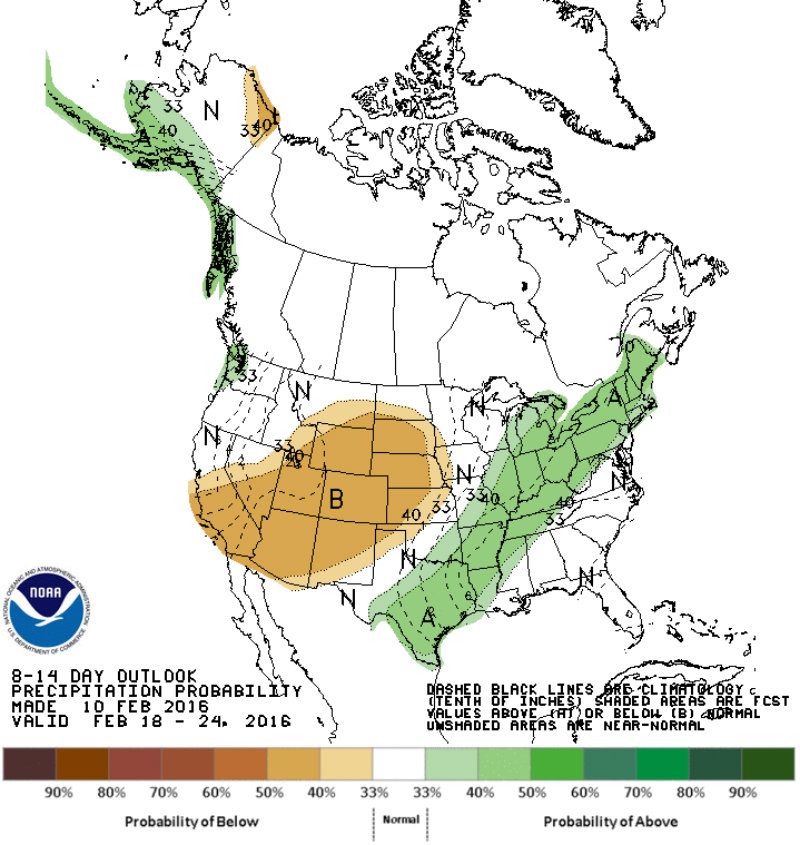 While January brought above-average precipitation, February has been mostly dry with record high temperatures in California.

The 8-14 day outlook from the National Weather Service predicts warm and dry conditions to continue for most of California through Feb. 24. 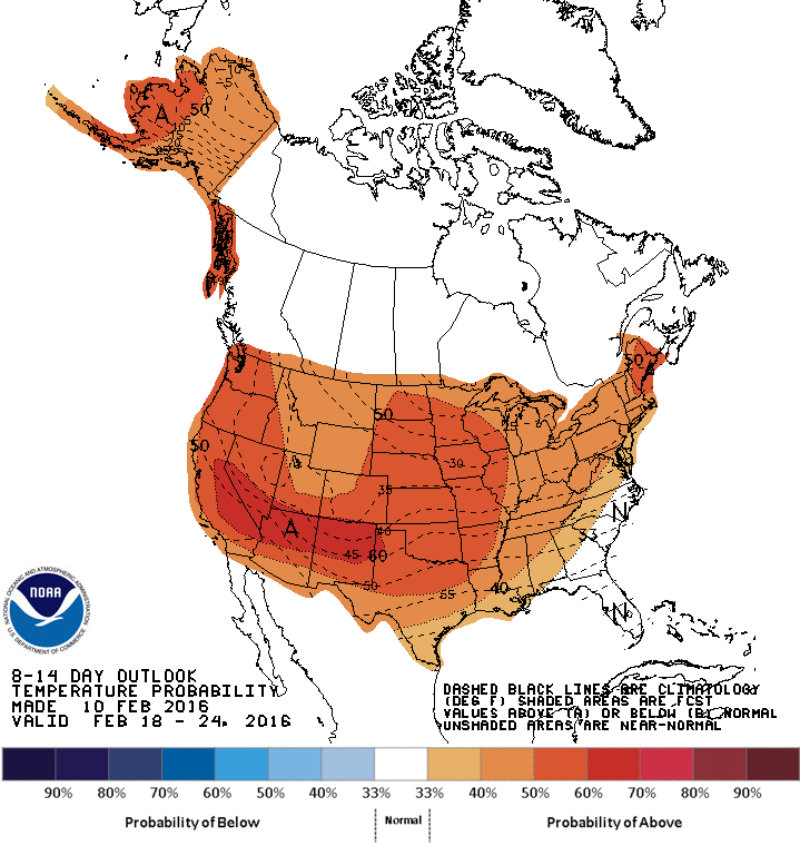