"The four-year drought in California has had harsh economic and environmental impacts," says Peter Gleick, Pacific Institute President and the report’s author.

Gleick says the increase in electricity costs is more than $2.0 billion during the October 2011 - September 2015 severe drought.

During that time period, the additional combustion of fossil fuels for electric generation also led to a 10 percent increase in the release of carbon dioxide from California power plants.

"In a normal water year, when we have full reservoirs, and we get the rain and snow that we expect, hydropower is probably 15-18 percent of our electricity supply," says Gleick. "Last year in 2015 it was down to around 7 percent."

Gleick says it's not just water and electricity users paying the price for reduced hydropower in California.

"The impacts of the California drought - which is the driest and the hottest in 120 years of instrumental records and one of the worst in history - has had widespread  impacts on all water users, including farmers, industries, cities, and natural ecosystems," says Gleick. "And in fact, all California ratepayers are affected by the drought as they pay for electricity that is both dirtier and more expensive than in non-drought years." 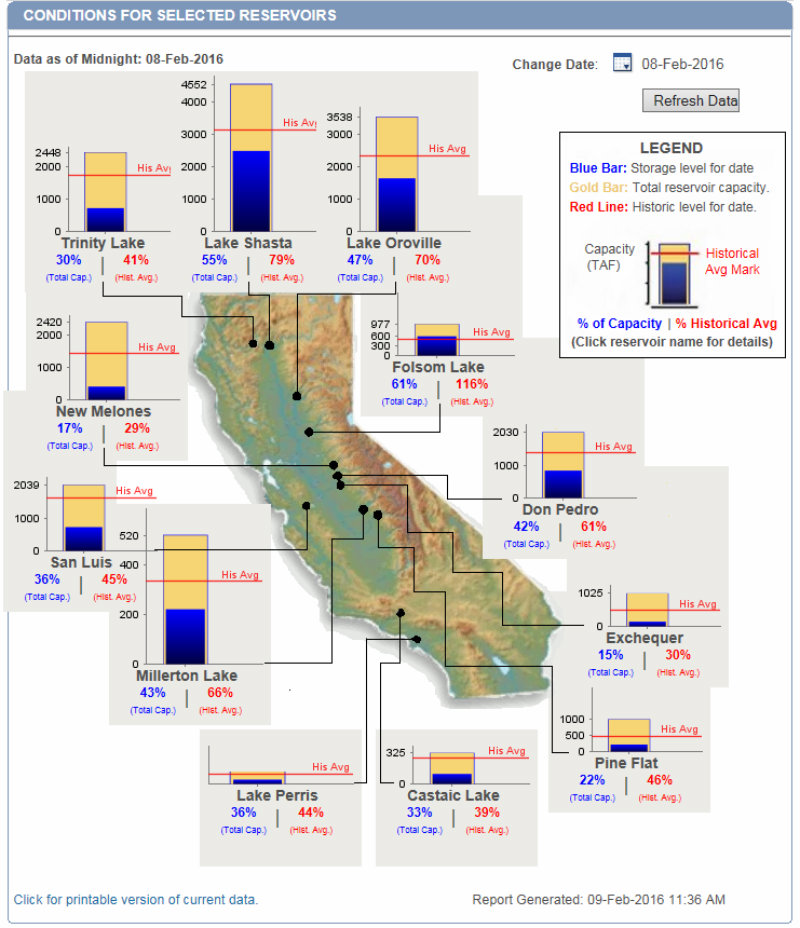 The report, Impacts of California's Ongoing Drought: Hydroelectricity Generation 2015 Update, does not project 2016 to show much improvement.

"As of early 2016, the drought continues: reservoir levels remain abnormally low, precipitation and especially Sierra Nevada snowpack are marginally above normal, and hydrogeneration is expected to continue to be below average until reservoirs refill.

Thus, we expect costs to California ratepayers and to the environment will continue to mount."

"We're still in a hole, we're still in a big hole," says Gleick. "And unless we get a lot more rain and a lot more snow in the next month and a half or two months, I think we can expect to see hydropower below normal this year as well."