Sacramento National Weather Service Meteorologist Michelle Mead says El Niño and a shift in the southern jet stream get the credit for the wet January in northern and central California.

"Luckily for northern California the southern jet stream has actually been focused a little further north which is why northern California has been experiencing such wet weather since January 1," says Mead. "So, yes this is a more typical El Niño pattern."

She says so far in January, the southern jet stream has been bringing moisture to northern California. And, along with El Niño, and a more typical weather pattern for the north part of the state, several areas, including downtown Sacramento and Modesto, have already exceeded their normal January rainfall.

Mead says Sacramento has received 4.04 inches of rain so far and 3.97 inches is normal for January.

"The southern jet stream is taking aim a little further north so far, that’s a little unexpected, but that doesn’t mean it won’t shift further south," says Mead. "Will this continue the rest of the winter, that’s a question we haven’t answered yet."

Mead says the Sierra Nevada statewide snowpack is 111 percent of normal this month.

"The northern Sierra to date stands at 121 percent of average, the central Sierra at 115 percent and the southern Sierra at 91 percent," she says.

The last two winters in California, "there was no snowpack really to speak of and the spring runoff was done very, very early," says Mead.

"Typically we have spring runoff all the way into June and July," she says. "If we can keep those snow levels to 7,000 feet and below, that will be great news for us later this spring and summer with snowpack to melt off into the summer months and help recharge the reservoirs as needed."

Mead says there's still "a long way to go" to fill the state's major reservoirs, which are only about 50 percent of average so far this month. 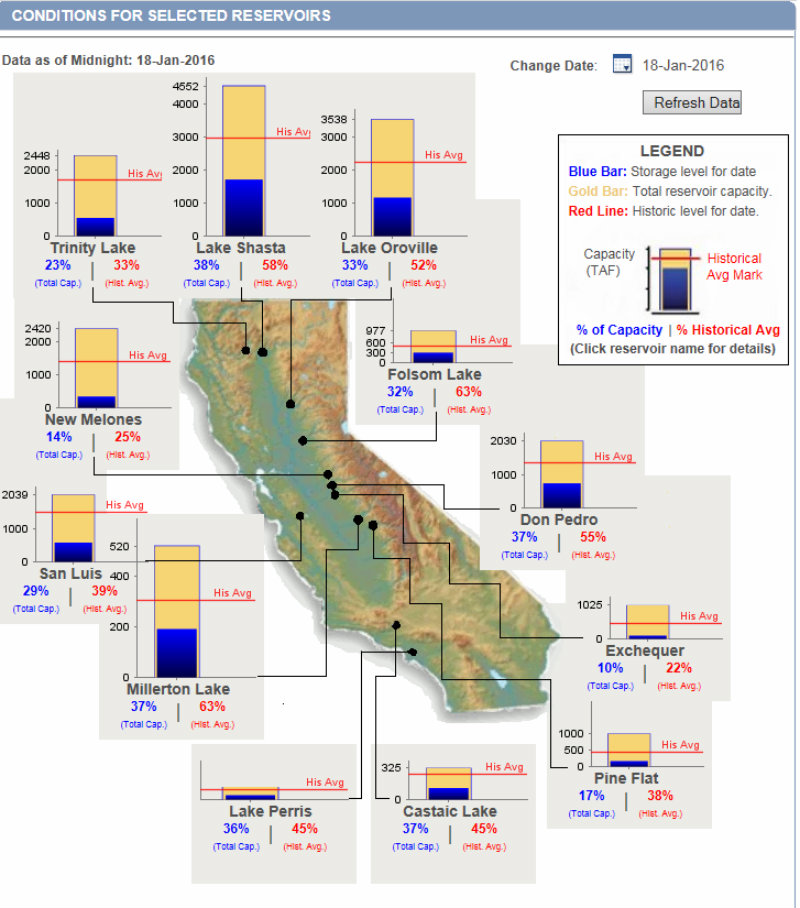