The U.S. Drought Monitor says even though the snowpack is off to a good start in the Sierra Nevada, and rain was above average in parts of the state, there are "no changes to the drought status" for California in the past week.
"For December, precipitation in northwest California was 150-300 percent of normal," according to the report released December 31. "From the most recent rain event, 72 hour totals ranged from 4-6 inches in Del Norte County to 3-6 inches southward in Mendocino County. These storms in Modoc and Siskiyou counties have been very orographic, so the valley locations in Central Siskiyou County haven't gotten much precipitation at all. So while the improvements along the coast are evident, they have not been seen inland, yet."
The report noted that further south, "the recent storms have dried out as they moved south into the Monterey area" and that ground water and reservoir levels remain unchanged and ground water in Santa Clara Valley is not recovering." 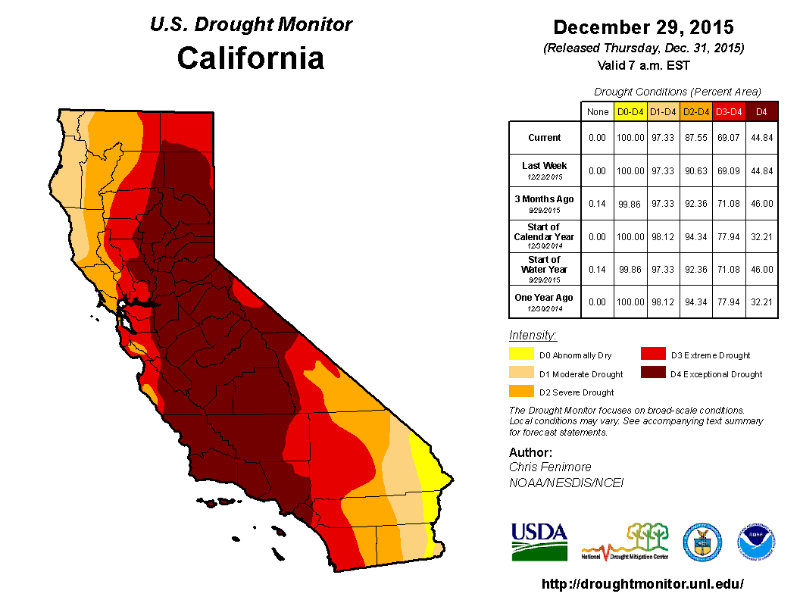 "In Sacramento recent storms have helped with local precipitation totals, and are finally beginning to generate runoff, but not enough to warrant changes in the drought status," according to the report for the period ending December 29. "The storms have been fairly orographic in nature." 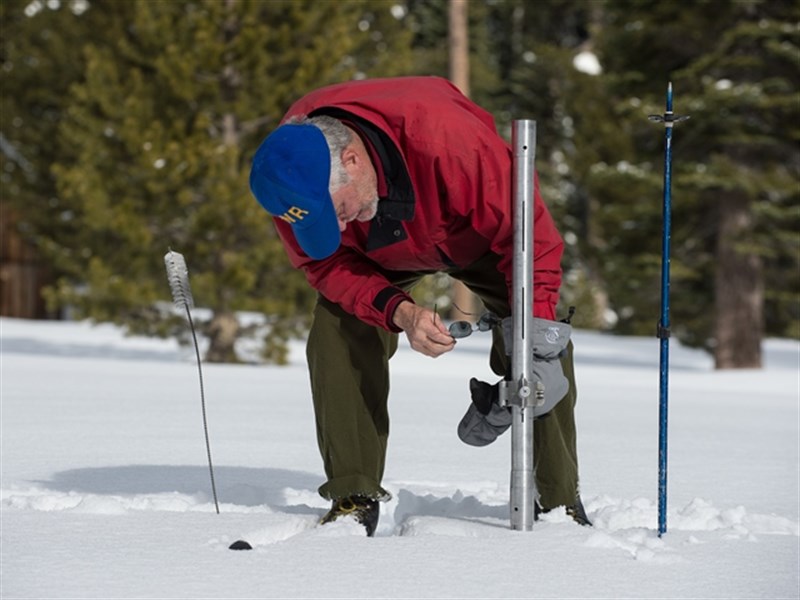 The recent snowpack measurements by the California Department of Water Resources show improvement year-over-year, but the weekly drought report says much more snow is needed to make a change in the historic four-year California drought ... and to help fill the state's major reservoirs.
"After a week of no rain, the Northern Sierra has fallen to 98 percent of normal and the Central Sierra is at 127 percent of normal," the report says. "The Sacramento Valley precipitation amounts are still behind normal for the water year. Only limited spots in the Central Sierra are above average.
"Snowpack looks great this water year so far but is only 110 percent and 121 percent of normal for the Northern and Central Sierra respectively. No changes to the drought status were made in this region."
The report says in Los Angeles, "much like Monterey, all precipitation locations are below normal for the current water year as nearly all of the storm systems have weakened as they approach the area."
Water supply is not getting a boost in the most southern county in the state. "Reservoirs in San Diego remained unchanged as most of the recent rains soaked into the ground," the report noted. 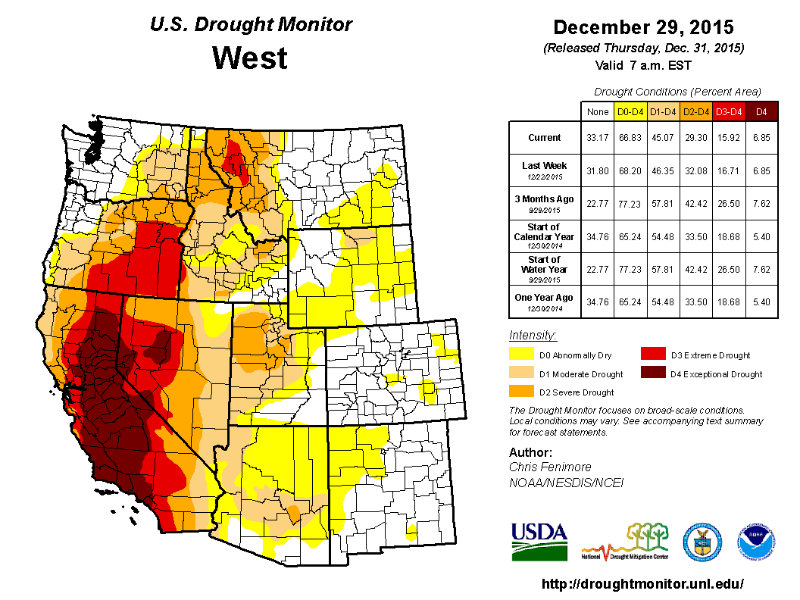 The drought improved significantly in Washington, as the "past 7 days has seen precipitation 150-400 percent above normal."
And so far, cold temperatures are helping snowpack build up in the Washington Cascades.
"Snow water equivalents (SWE’s) are ranging from near normal to greater than 200 percent of normal," according to the report. "The reservoirs in Yakima River Basin are at or above average for this time of year. The better-than-average conditions for the start of the water year allowed for a 1-cat drought improvement across the entire state."
The report says in Oregon, "abundant precipitation has relieved drought conditions across much of the state and SWE’s are near-to-much above normal," but there was no change to the drought status in Eastern Oregon.