The U.S. Drought Monitor released October 22 says the storm system last week did little to ease the long-term drought in California. The weekly report also pointed out that California reservoir storage is the "second lowest on record" for this time of year.

"A period of record-setting Western warmth preceded the arrival of a slow-moving storm system," the report noted. "Showers overspread California by October 15 and over the next several days reached into the Great Basin, Southwest, and Intermountain West. The Western precipitation caused local flooding, but replenished topsoil moisture, benefited rangeland and pastures, and provided limited relief from long-term drought."

"By October 18, winter wheat emergence was at least 10 percentage points behind the 5-year average pace in Oregon (18% emerged) and Washington (62%). California led the nation with both topsoil and subsoil moisture rated 90% very short to short. Approximately two-thirds of the rangeland and pastures were rated very poor to poor in Oregon (67%) and California (65%)." 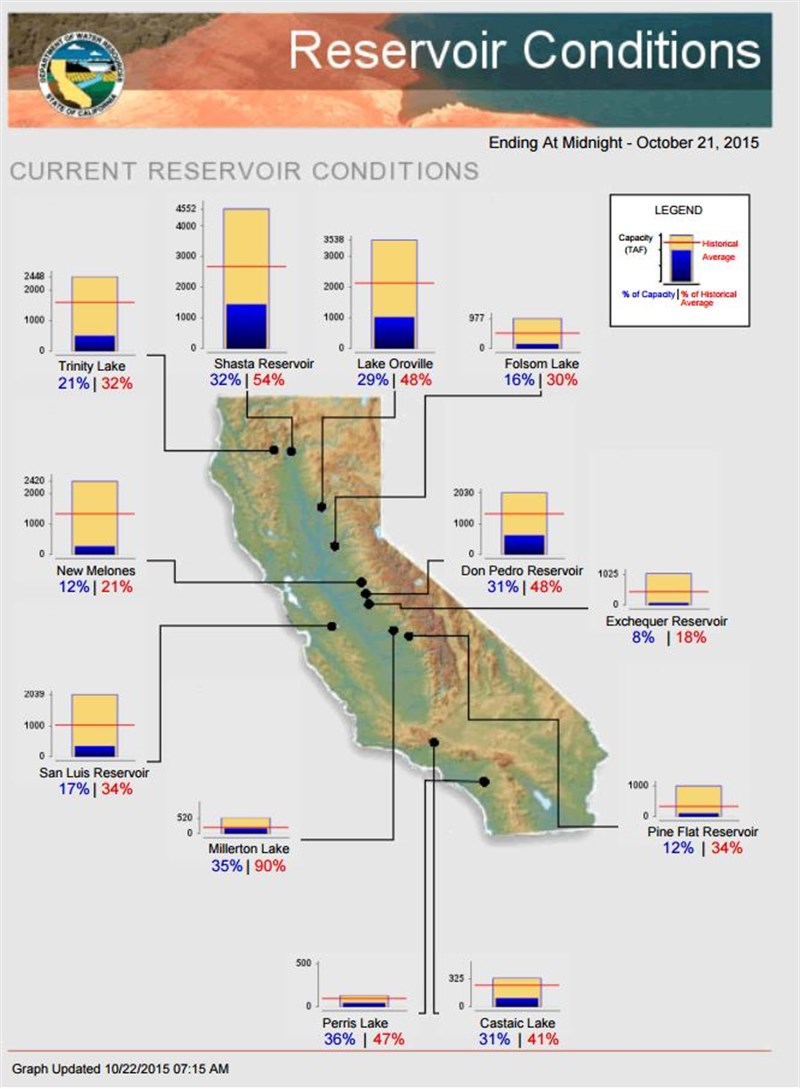 The weekly update also says reservoir storage in California and throughout the western U.S. is below average.

"Significant water-supply shortages - owing to the multi-year drought - were noted in Arizona, California, Nevada, and New Mexico. In the Northwest, statewide reservoir storage was also below average in Oregon, and Washington. On September 30, California’s statewide reservoir storage was 54% of the historical average for this time of year - and the second-lowest on record behind 1977."

During the past week, the rain was heavy enough to bring "some very minor improvements in the long-term drought depiction, primarily in Arizona and Nevada."

The improvement was reflected in the percentage of drought in Nevada, where 73 percent of the state is in severe drought compared to 76 percent the previous week. The percentage in extreme drought dropped to 35 percent, from 37 percent, while 15 percent of Nevada remained in exceptional drought.

There were no changes in the weekly percentage of drought in California: 92 percent of the state is in severe drought, 71 percent is in extreme and 46 percent is in exceptional drought.

The National Weather Service 6- to 10-day outlook for October 27-31 calls for the likelihood of warmer-than-normal weather in the western U.S. and near- to above-normal precipitation across the majority of the U.S.