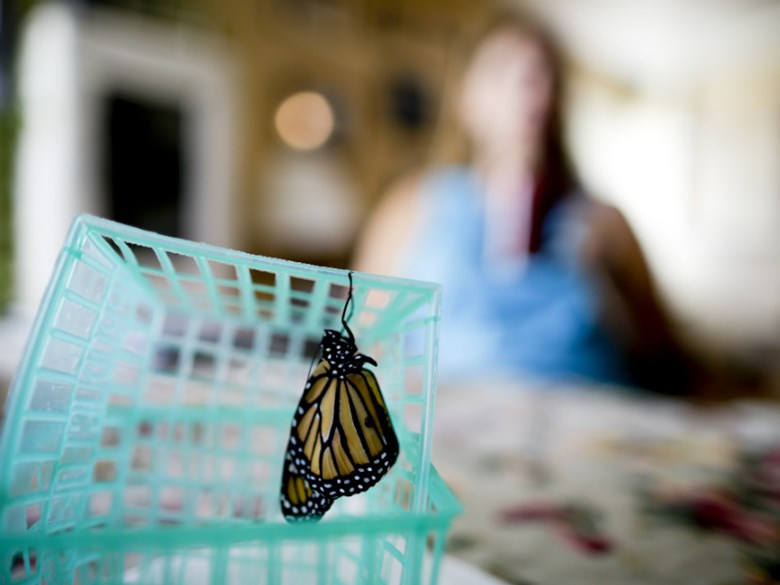 In this Wednesday, Aug. 19, 2015 photo, Anya Shortridge sits behind a monarch butterfly, newly emerged from a chrysalis, on a fruit basket in her living room in San Diego.

The California population of Monarch butterflies is booming.

Art Shapiro is a UC Davis Professor of Evolution and Ecology.

He says the increase comes after a decline in monarch populations in California over at least the last decade.

"This is the best monarch year in my part of California in at least a decade," he says. "And I have seen more monarch caterpillars this year than in the last 5 to 10 years put together."

Professor Matt Forister from the University of Nevada, Reno, says the butterflies are thriving in Nevada too.

"They make their way over the Sierra and go out into the middle of Nevada, so it's not surprising to see them out in the open lands," he says. "But even in the city there were times this summer when I saw one every other day which hadn't happened since I've been in Reno for six or seven years."

He says there's no evidence the population increase is related to drought.

Listen to the full interview with Shapiro and Forister Insight with Beth Ruyak by clicking on the audio player above.