In California, 92 percent of the state is in severe drought, 71 percent in extreme and 46 percent in exceptional drought. 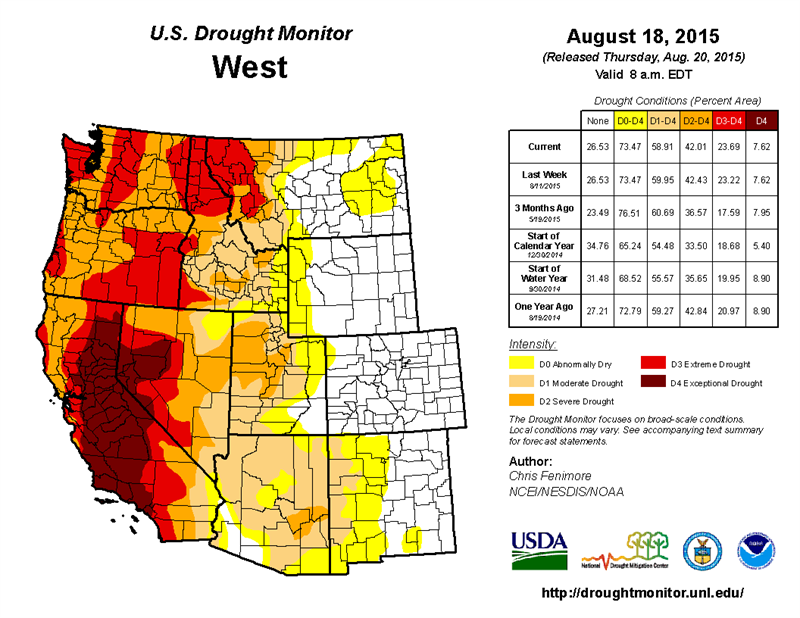 "California water managers and farmers are adapting their practices to help conserve water and reduce economic loss in the state," according to the Aug. 20 report. "Temperatures in California were warmer than average in the south, gradually transitioning to cooler than average northwards. The only precipitation that fell during the period was in south and east Nevada."

While there are no changes week over week in the report, year over year comparisons (August 18, 2015 with August 19, 2014) show that for most intensity categories, drought conditions have improved in California and Nevada.

In California, 10 percent less of the state is in extreme drought now compared to a year ago and exceptional drought is 12 percent less. 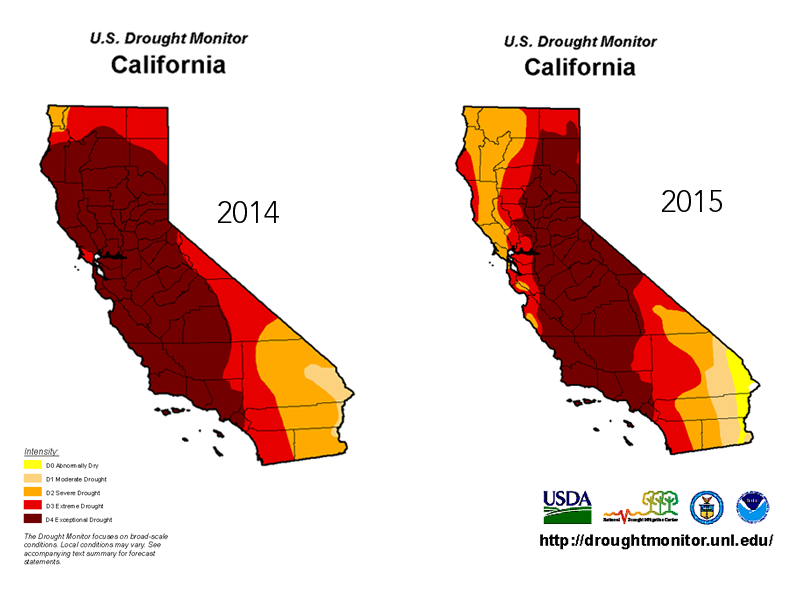 Nevada’s drought depiction has also improved year over year, with 11 percent less of the state in severe drought and extreme drought is 18 percent less in Nevada compared to a year ago. But exceptional drought has increased 4 percent. 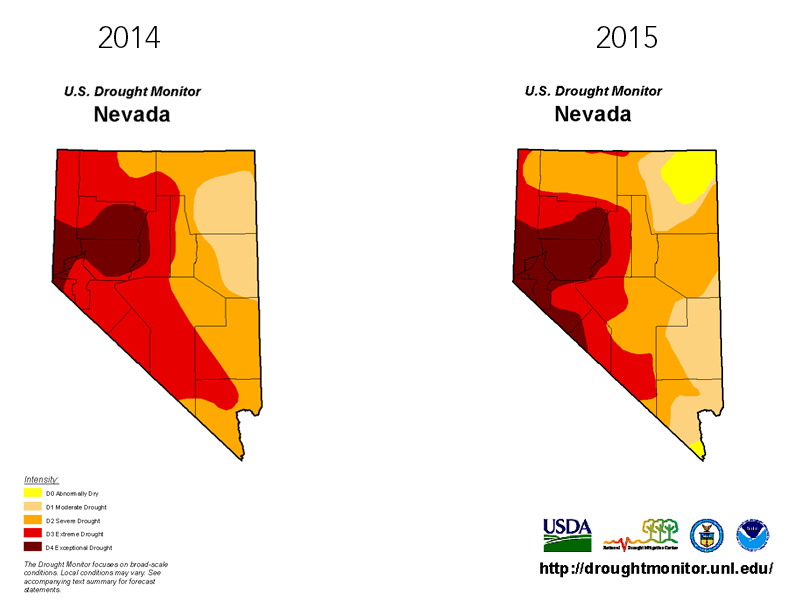