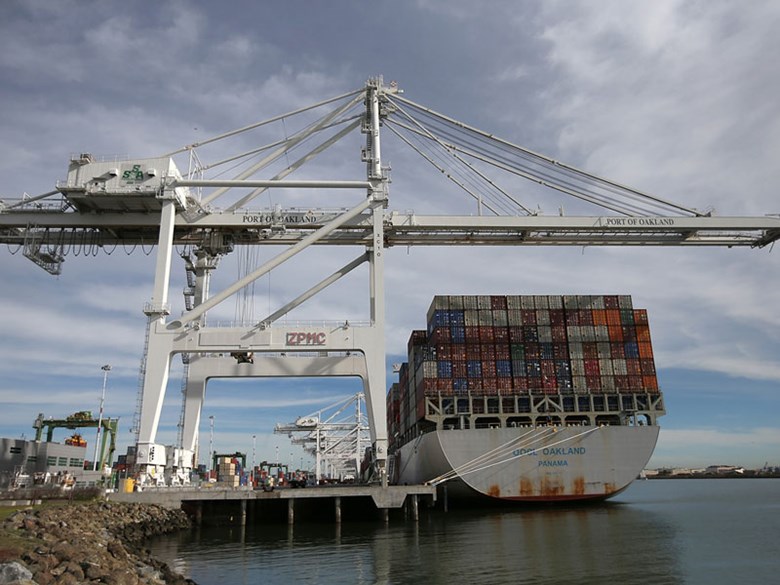 The volatility in China’s stock market sent a panic through global markets this week, starting with a near 600 point drop in the Dow Jones Industrial Average on what is being referred to as “Black Monday.” China’s Central Bank has taken a number of steps to help stem stock market losses since the market began a series of heavy falls in June. But many economists are worried China is heading for a significant economic slowdown.
UC Davis Professor of Economics Wing Woo is one of those economists. He says California’s economy will take a hit if China’s economic growth slows and its currency depreciates further. He joins us to explain what kind of impact we should expect to see in the Golden State.
According to Woo, California should expect to see impacts within the following industries:
California Exports to China:
Wing Woo says he expects the yuan to depreciate further.  That will make California goods more expensive in Chinese markets. And a weaker Chinese economy will  mean less demand for California exports.
Agriculture and high-tech goods are California’s largest exports to China.
Yes, Apple products are made in China, but they’re shipped back to California to be sold from the United States. That means Chinese consumers buying Apple products are still buying them from the United States. And those Apple products will be more expensive when the yuan is worth less.
The Service Sector in California:
California is the top U.S. destination for Chinese visitor. More than one million Chinese tourists visited California in 2014 and collectively spent $2.5 billion here.
Fewer tourists from China mean less people spending money in restaurants and booking hotel rooms.
Education in California:
There are enough Chinese students to have a big impact on California’s higher education system.
UC and CSU are banking on filling budget holes by enrolling more international students. International student enrollment in UC increased nearly fivefold from 2007 to 2014/2015, from 1.8 percent to 8.5 percent of the student body. Students from China, Korea and India made up the largest foreign groups, according to UC statistics.
Chinese students are increasingly self-financed, according to Woo, meaning they’re not getting grants from California or China.
This effect could be more negative for China than California though, Woo said. Chinese students wouldn’t be getting an education in California but UC and CSU could probably still find students from other countries to take their place.
Solutions:
China’s decision to cut interest rates will undoubtedly help, according to Woo. That will free up cash in China for people to invest in the market. But that’s just a short-term solution.
Broad structural reforms are needed, Woo said. One major reform would be China’s government interfering less in the economy and letting the private sector drive the economy.
Woo thinks the reforms will go through following this market panic. “This panic is a wakeup call for China. Students don’t study until they flunk. China has motivation to reform now.”
Links: