"We've got a substantial amount of sprinklers around campus, some 14,000, and so we've either completely cut off some of the sprinklers or we've reduced some of the watering from 25 to 50 percent," said Paul Serafimidis, Sacramento State Director of Sustainability and Plant Operations. 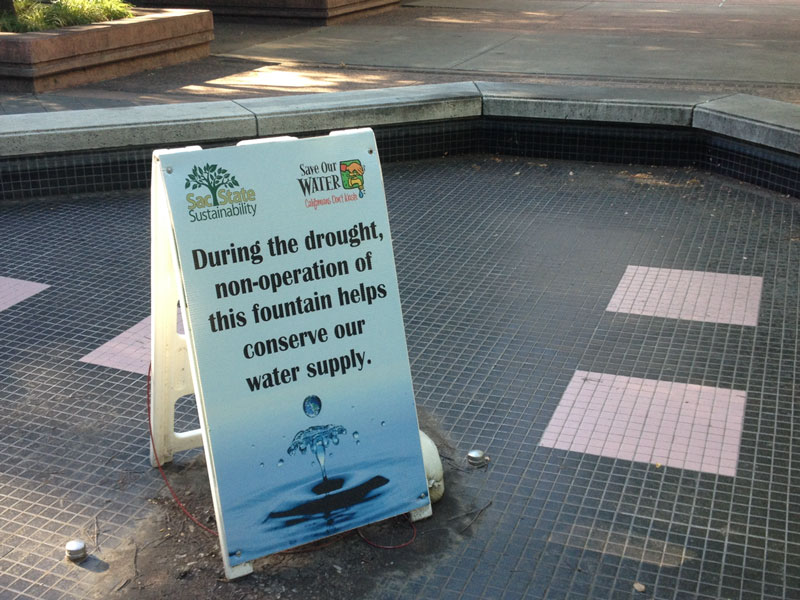 A water feature remains dry at Sacramento State University as part of the water conservation effort in the fourth year of the drought in California. Ed Joyce / Capital Public Radio

He said the campus is also replacing manual irrigation controllers.

"We've got some 68 controllers around campus and now we're getting them all automated to our network,” he explained. “So we now control the watering from a remote site which allows us to make adjustments and stagger the scheduling times which will reduce the amount of watering that we have to do."

Serafimidis said the school plans to add water meters at all campus buildings. Like its "smart" irrigation system, he said the meters at Sacramento State will be another tool to improve conservation. 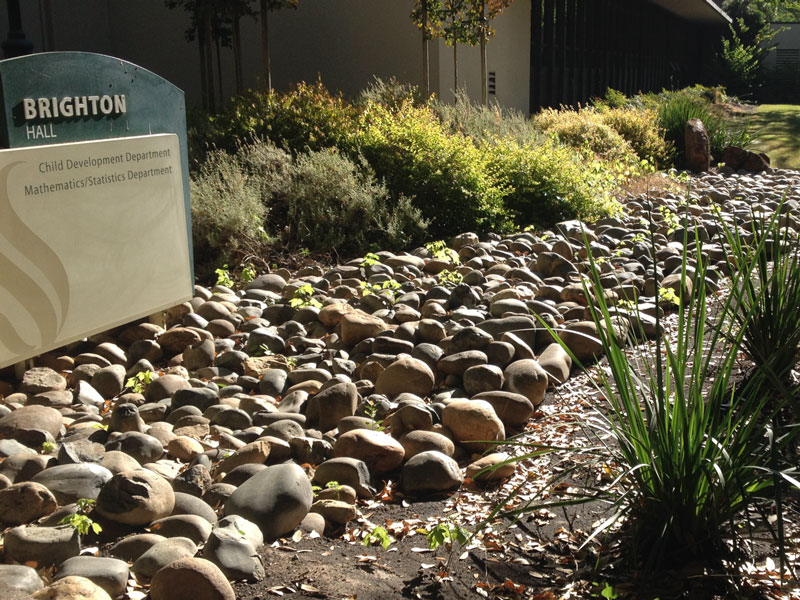 A mix of drought-tolerant and low-water plants and rock landscaping have helped Sacramento State reduce its outdoor irrigation by 37 percent over the last year. Ed Joyce / Capital Public Radio

UC Davis expects to hit an overall water reduction rate of 20 percent over the next year.

Andrew Fulks, Assistant Director of the UC Davis Arboretum and Public Garden, said the school reduced landscape irrigation by 30 percent in 2014 compared to 2013.

Fulks said pulling out grass is part of the effort.

"So on campus we've identified about 35 acres that we can pull, and of that 35 we identified 12 acres that are the highest priority, and pulling that turf will save us about 12 million gallons a year," said Fulks.

Fulks pointed to an area where grass has been replaced. He said there are many plants that use much less water and add to the beauty of the landscape.

“This deer grass here, uses very, very low water use, and then on the other side, we've got the same thing, we've got some succulents as well,” he said. “And you can see how the aesthetic is very nice, it looks very lush. But you're looking at something that uses about 40 percent less water than turf [grass] would. And some areas, when they're established use up to 80 percent less water."

Like Sacramento State, UC Davis is converting grassy areas to low-water use landscapes and also uses a “smart” irrigation system. The smart systems automatically adjust water use based on weather, soil and plant type. 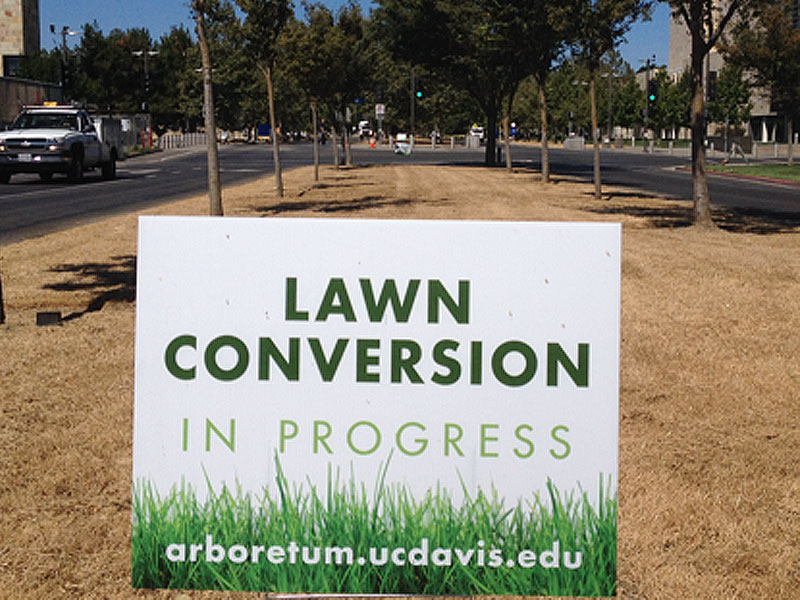 Both colleges have added or plan to add water efficient "bubblers" next to trees to replace sprinklers. The bubblers direct water to the roots of the trees.