Farmers are being widely criticized during the California drought because agriculture uses the majority of the state's water. But some farmers are cutting back by employing new techniques. A recent study used half as much water to yield twice as much fruit.

If an avocado was grown in the U.S. it most likely ripened in California where 90 percent of the nation’s crop originates. 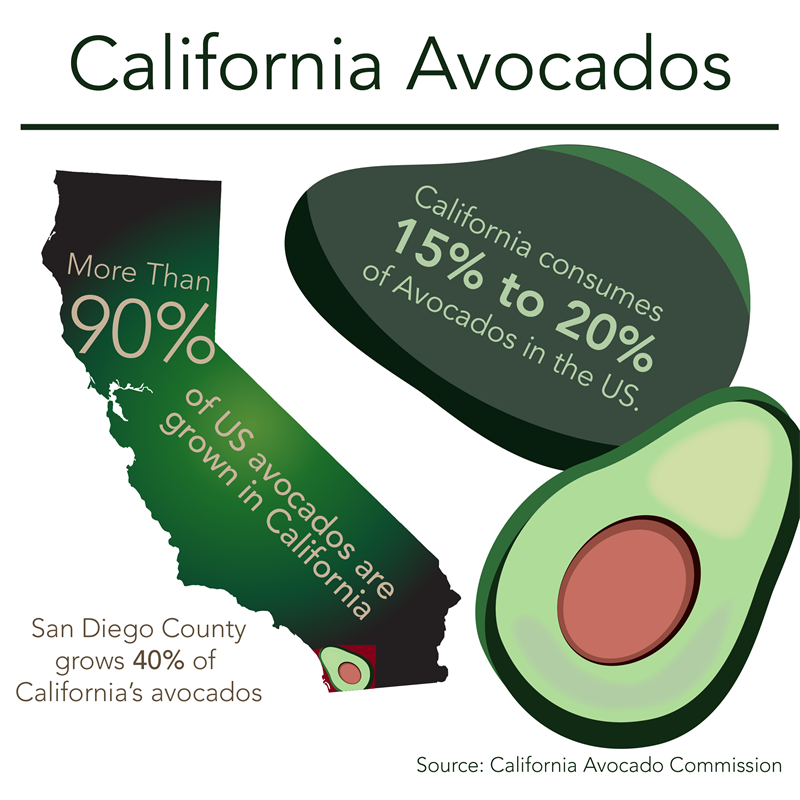 The majority of the state’s groves are in San Diego County, and the industry’s heart is near the small town of Valley Center, just north of Escondido.

Nick Stehley’s avocado farm is high above town on a ridge at the end of a long twisting road.

Numerous farms along the way have been deserted. They’re now barren hillsides.

I caught up with Stehley in a small grove at the edge of his property while he was hacking at weeds. He is being more diligent about removing weeds this year because they can suck up a lot of water, and he’s protecting every drop of water he can. He’s also removing trees and fallowing fields. 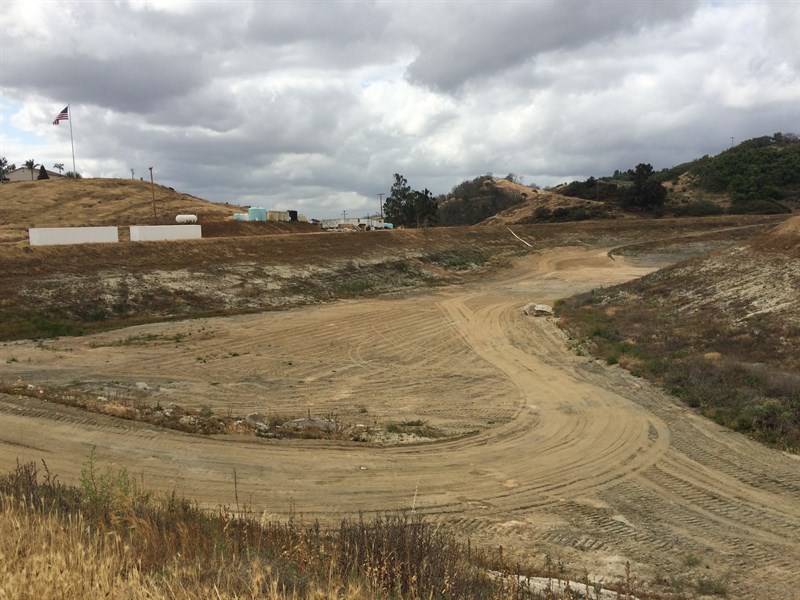 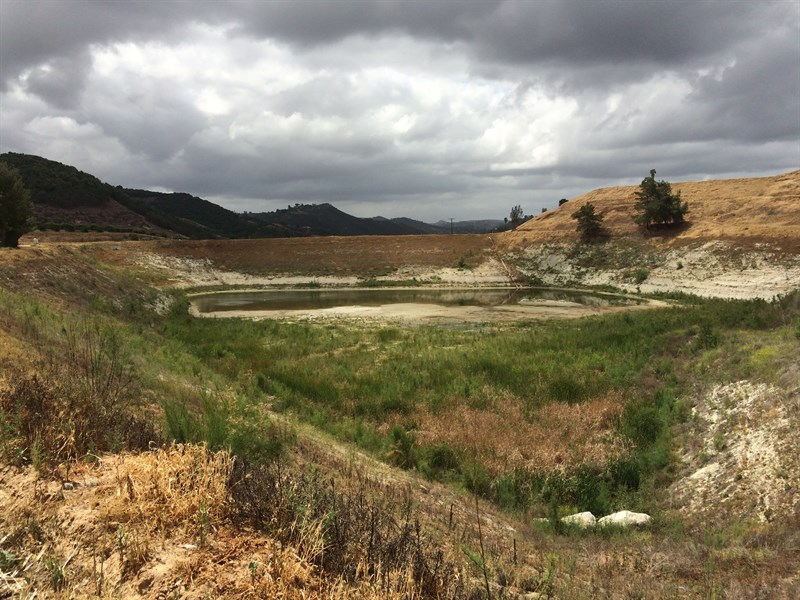 “I've literally shut the water off on two-thirds of my 800 acres,” Stehley exclaims.

He says he’s never weathered a drought like this one in nearly 50 years of farming. He points to a pile of dead lemon trees from a grove he recently chopped down. The logs will be cut into firewood soon. Below the wood pile is an empty pond. It’s one of three reservoirs on his property that are bone dry. 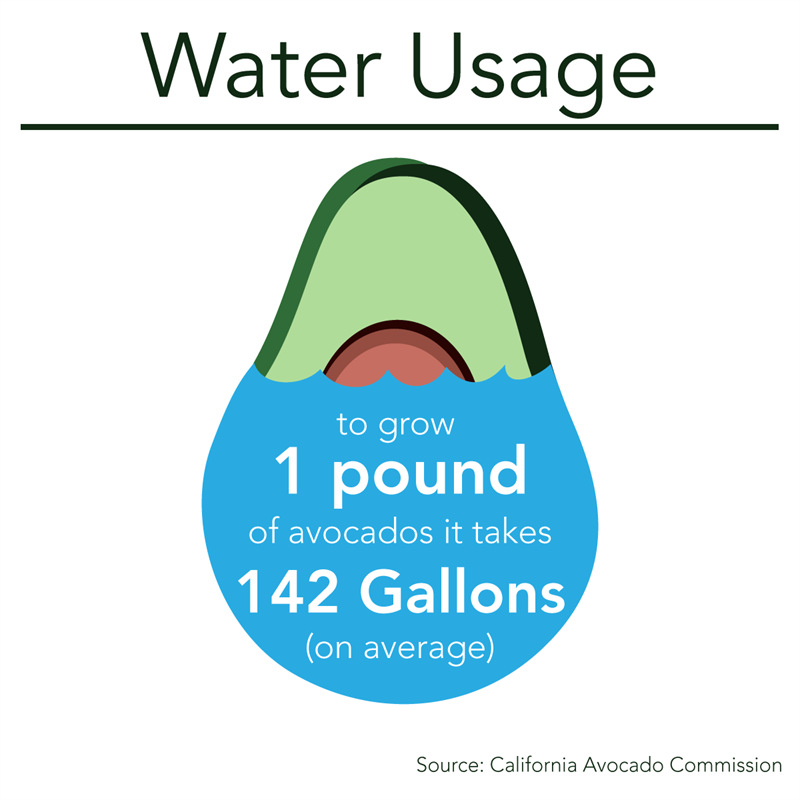 “It’s a booger to sleep at night sometimes worrying that your crop will hold on and take care of the water prices and stuff like that,” he shrugs.

Stehley is paying about $1,600 for an acre foot of water. That’s an all-time high, and it’s nearly the most expensive water in the state.

He says at that price he can hardly break even growing avocados, but he’s not ready to give up.

“God, when you got avocados in your blood it’s hard to get rid of them sometimes,” he says. 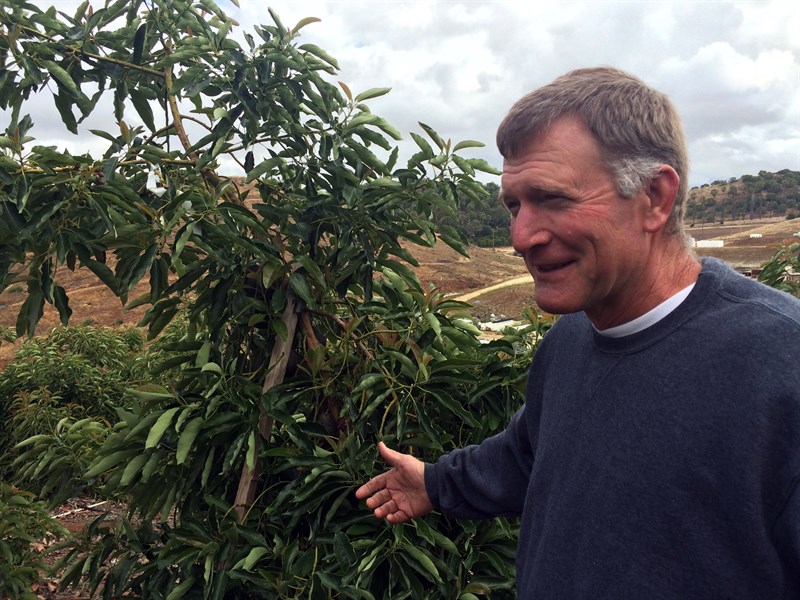 Stehley is hopeful a new growing technique might save him.

The mastermind is Gary Bender, a University of California avocado specialist and farm adviser in San Diego County.

“So, the idea is: 'What’s our maximum yield per acre so we can actually pay these water bills and keep these guys in business?'” says Bender.

Instead of the standard distance of twenty feet apart, he just ran a trial where he planted trees ten feet apart. Then, instead of letting the trees grow tall, which is the standard practice, he pruned them regularly to keep the trees short and fat.

The study was a huge success yielding nearly 13,000 pounds of Haas avocados per acre. Usually farms in the area yield between 6,000 to 7,000 pounds per acre. 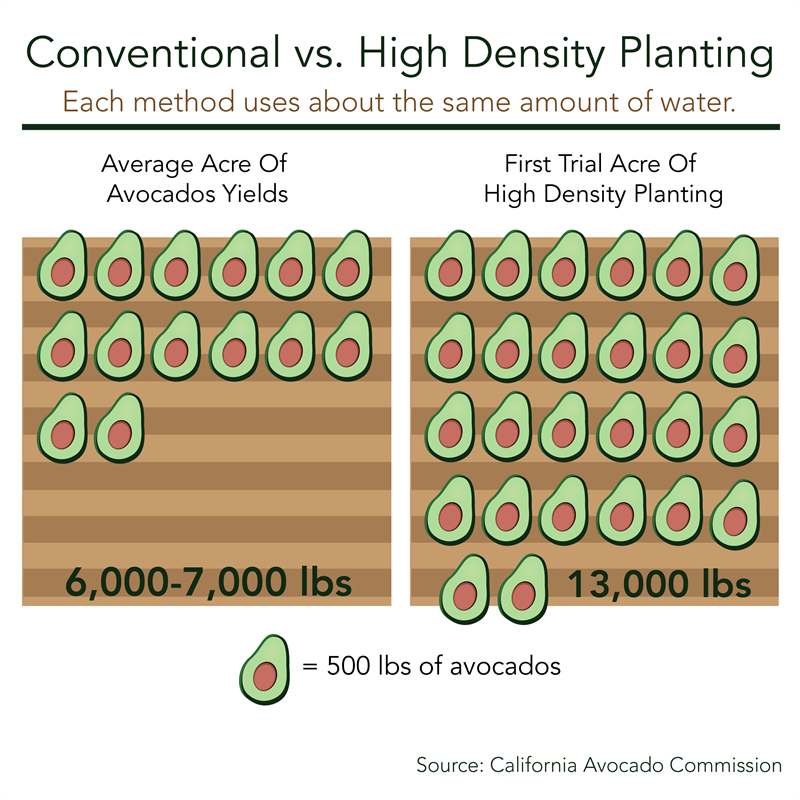 “We’ve been growing avocados wrong all these years and we’re finally starting to figure it out, “says Bender.

He says higher density trials are starting in other crops like apples, olives and oranges.

Close plantings haven’t been popular in California in the past because it’s easier to harvest and spray pesticides when trees are far apart. But, traditional methods don’t work as well during a drought.

The new growing technique could be a likely key to staying in business for avocado grower Nick Stehley.

“Oh, it’s fantastic news!” says Stehley. “Get these trees to grow and produce -- any farmer is going to like that.”

The second harvest looks optimistic. The trees in the trial grove are heavy with budding fruit. 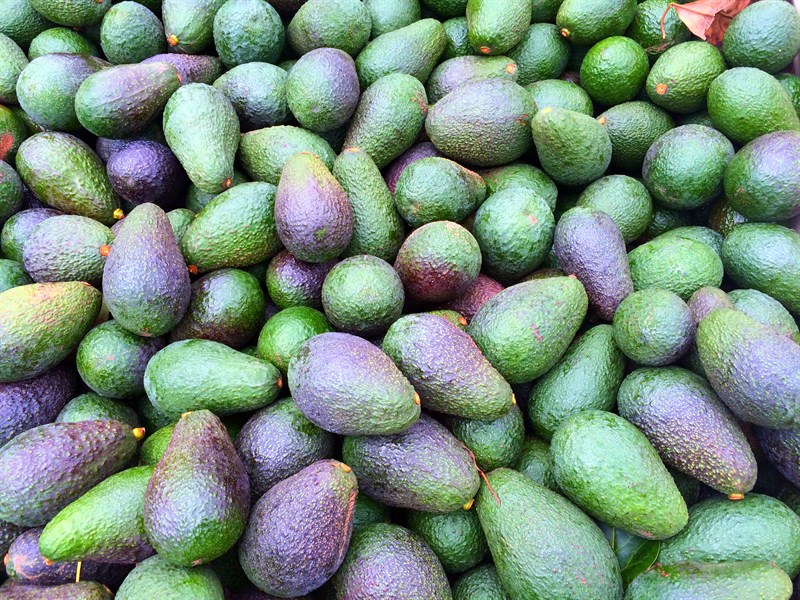