Organizers of TBD Fest held a special announcement party at LowBrau on Thursday night, detailing Phase 1 of the lineup scheduled to perform at this year's festival in September. 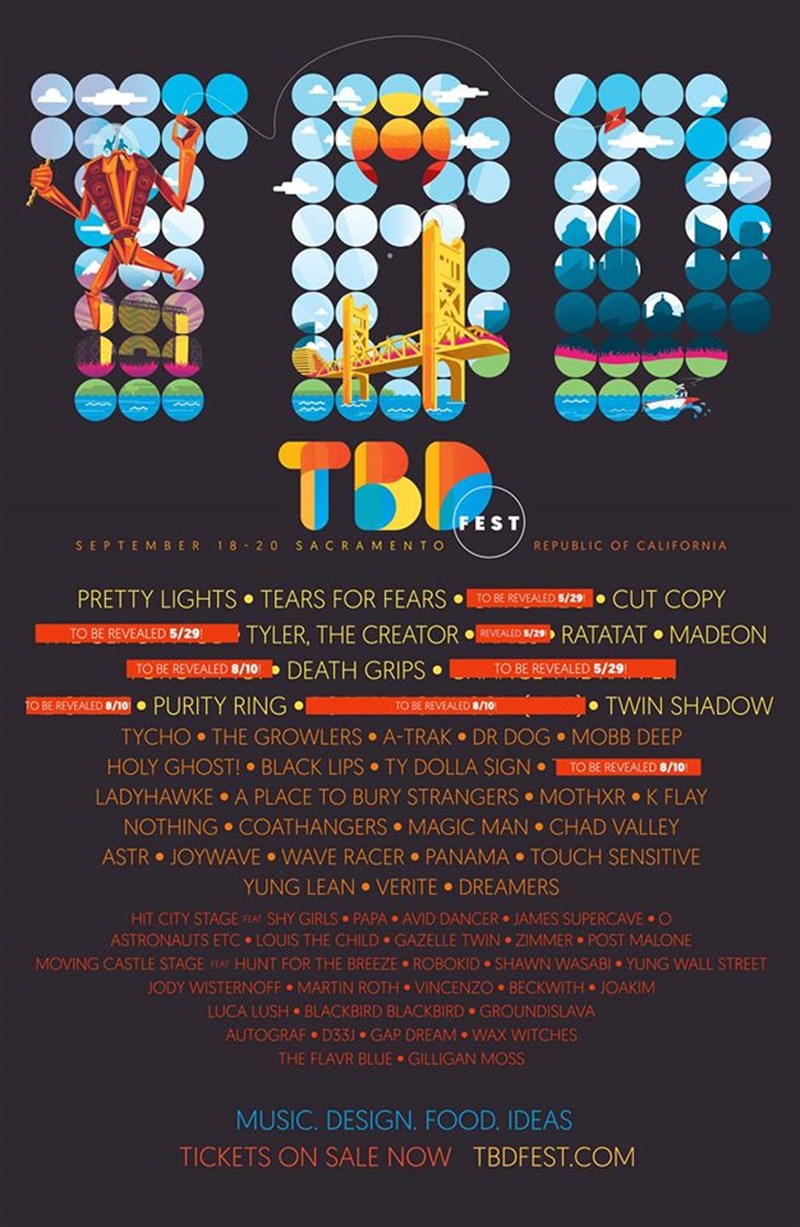 The big headliner can't be announced yet because of restrictions from other festivals.

This is the second year the home-grown festival will take place in West Sacramento's waterfront district. Perviously called LAUNCH, the festival grew from a one-day event in the Del Paso neighborhood to a multi-day festival in Cesar Chavez Park.