The National Weather Service in Sacramento says it would take 200 to 270 percent of average precipitation to make up for the past three years of drought in California.

"This is now the fourth consecutive water year that Northern California has not received its normal amount of rain and mountain snow," said Michelle Mead, Warning Coordination Meteorologist with the National Weather Service in Sacramento.

The April 1 snow survey showed the Sierra Nevada snowpack was the lowest on record for that date at only 5 percent.

"The recent storm only improved things minimally, up to 8 percent," said Mead. "This did nothing for the drought but it sure makes the mountains look pretty. But if [you] take a big picture look at our reservoirs and the runoff in the rivers, we are really in some dire circumstances."

Mead said the majority of Northern California reservoirs are only at 50 percent of capacity.

"Typically this time of year we would start to see temperatures warming and we would have hundreds of inches of snow in the Sierra Nevada to start melting off and we'd see those reservoirs continuing to fill," said Mead. "But with the snowpack at only 8 percent of historical average, that is not going to happen. Those reservoirs will see a slight increase from the recent storms, but that's it, and we start depleting that water in the summer months."

She said after three years of dry conditions in California, the water supply is in "bad shape."

In October 2014, Mead said to get out of the drought, California would need 150 to 165 percent of average precipiation and snowfall in each of the wet months, which is October through April. 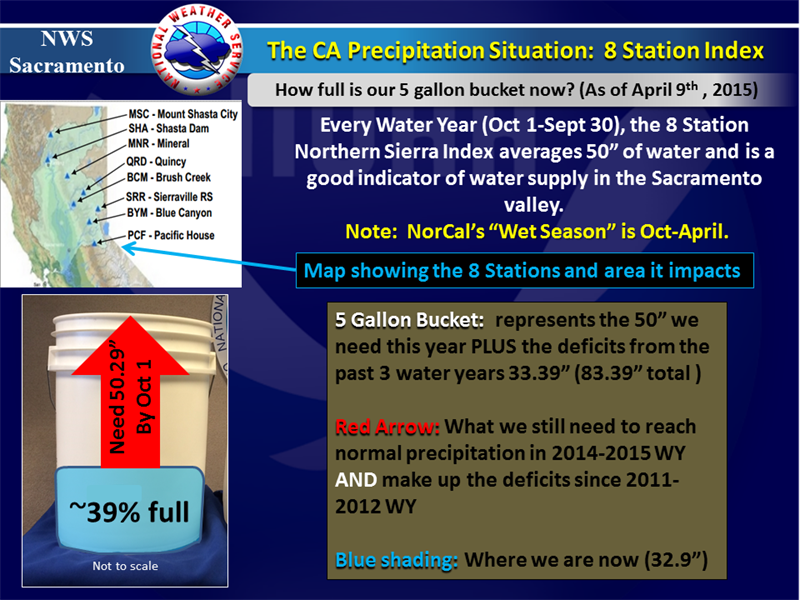 "We didn't even come close to seeing average, outside of one or two months," said Mead. "Now we'd need about 200 percent, or 50 inches of rain by October 1 for the Northern Sierra eight-station index and the five-station index in the Central Sierra would need almost 77 inches of rain, in additional to their normal rainfall, or 270 percent of average." 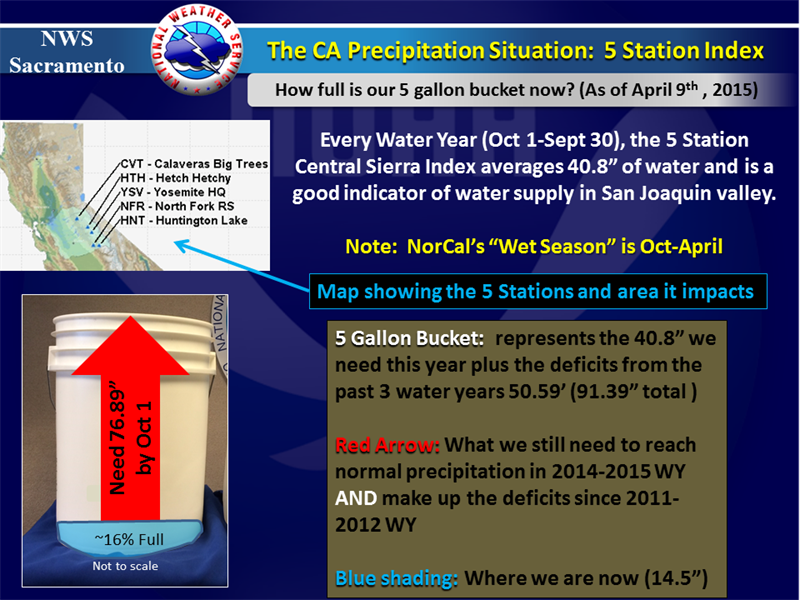 The latest El Niño update from NOAA's Climate Prediction Center shows there is a 70 percent chance that the ocean water condition will continue through the Northern Hemisphere in summer 2015 and a greater than 60 percent chance it will last through autumn.

The term El Niño refers to the large-scale ocean-atmosphere climate phenomenon linked to a periodic warming in sea-surface temperatures across the central and east-central equatorial Pacific. El Niño represents the warm phase of the El Niño/Southern Oscillation (ENSO) cycle, and is sometimes referred to as a Pacific warm episode (between approximately the date line and 120oW), according to NOAA.

Mead says El Niño is not a good predictor of precipitation across Northern California.

"Keep in mind that April winds down California's wet season and then we enter into our six-month dry period," said Mead. "So if El Niño continues through the summer, it doesn't mean anything for California in terms of summer precipitation."

Mead said if El Niño remains strong in the fall and winter, it could provide a boost in rain to Southern California.

"But this far out, those predictions are not certain," she said.

Mead said El Niño did not bring enhanced precipitation this winter across California.

She added that a strong El Niño is a "Southern California signal and does not increase the chance of rain and snowpack in the Sierra Nevada."

"We all want to have the 'one quick pill fix' but a strong El Niño is not going to bring a lot of rain and snow to the Sierra," said Mead. "El Niño has unfortunately kind of got the incantation that it's the 'silver bullet' that will save California. It's a very broad misconception."

Mead said more than 75 percent of California is in extreme and exceptional drought.

"Drought conditions will persist and potentially intensify this summer as we get into the summer heat," said Mead. 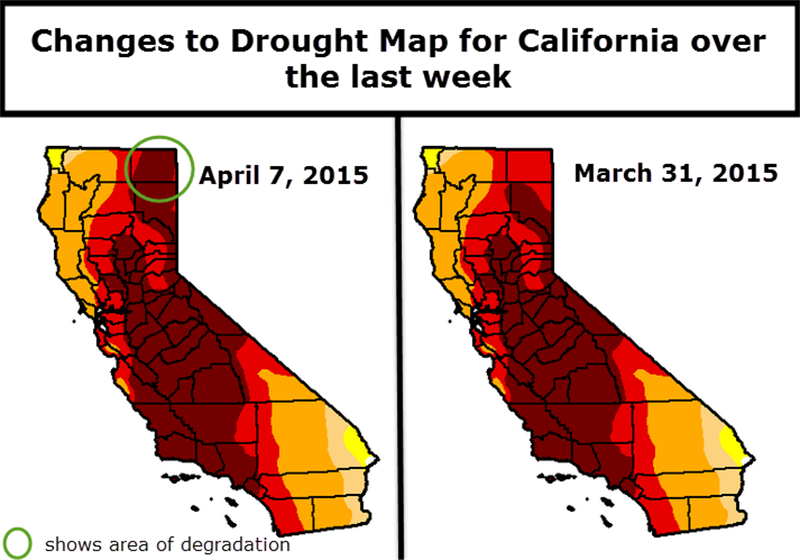