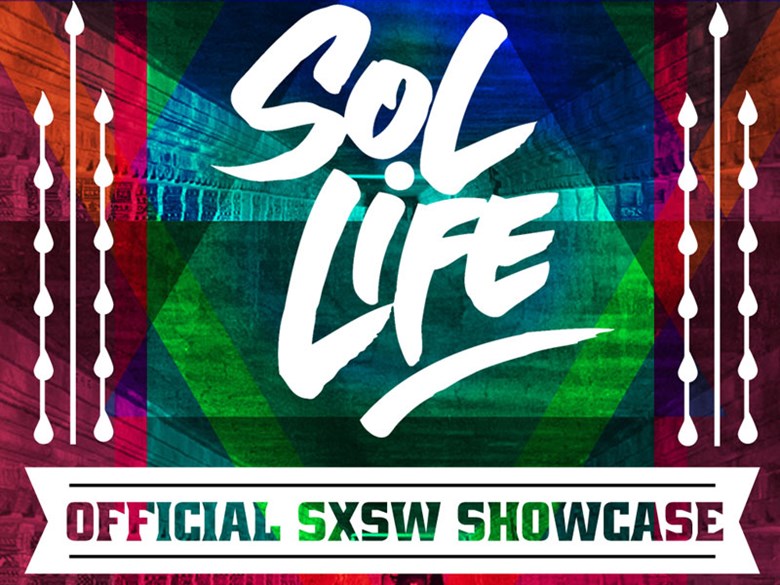 For the past few weeks, the musicians, producers and support staff under the Sol Life music label have been preparing to put on a official showcase at one of the most well-known music gatherings in the world.

Sol Life is housed at the Sol Collective, a community center focused on arts, culture and activism in Sacramento’s Broadway Corridor. The center has been home to a multitude of budding musicians for a decade. A few of these promising artists have come together in the past few years to create the Sol Life music collective. This year, they will launch what they call a “co-op music label" via an official SXSW showcase.

Estella Sanchez, director of Sol Collective, said Sol Life started because artists that were developing through the center's music programs needed to find more support in getting their music out.

“We realized that there’s a ceiling cap as to where they can go with their music here in Sacramento locally,” said Sanchez.

The group says the “co-op” structure means that the label will have the approach of focusing on what the artists need rather than coming at it from a business angle. The label will manage the artists’ tours, artist development, as well as the actual recording of music.

“We’re figuring out what we need in order to grow and literally coming together and developing it,” said Sanchez.

Sol Life artists don’t put themselves in a specific genre of music. Its roster includes local rappers as well as groups that combine hip-hop and electro with rhythms from around the globe. Sanchez said what binds all the artists is their interest in making culturally rooted music that is socially conscious and gives audiences a positive message.

Sanchez said that having an official label launch at SXSW will allow the artists to expand their reach and enable them to network with others who have a similar message and sound.

“We would like to create a network for local artists to be able to expand their voice outside of the local community,” said Sanchez. “Ideally, that’s what I envision for the label … that we create a very vivid and strong media source that amplifies voices that are important to our communities”

Sol Life’s official showcase is scheduled for Saturday, March 21 at the Speakeasy Kabaret in downtown Austin.

Sol Life artists are also key players in putting together the 4th Annual Global Local gathering at SXSW -- an unofficial music show. Sanchez said Global Local started after she and others found the festival’s atmosphere “too corporate.” It was especially difficult to connect with artists who had the similar culturally-rooted sounds, said Sanchez. Over the years, the show caught the attention of  SXSW, which helped opened the doors for Sol Life’s official showcase.

“We were able to open lines of communications with some great folks over there... global producers, and promoters in that area,” said Sanchez.

Here’s a sampling of the first wave of artists being launched under Sol Life. More will be performing at the showcase.

World Hood started out as a casual project by Sanchez, a.k.a. Estrella Hood, and her husband, DJ/Producer Anand Parmar, a.k.a. El Indio. Sanchez, who is a singer, said the two always enjoyed recording and producing music at home just for fun. They posted an album online, and to their surprise, got great response.

World Hood’s music is a blend of cultures and genres. Sanchez grew up listening to Latin music, while Parmar, who is of Indian descent and was born in Zambia, grew up listening to spiritual bhajans. They mixed those traditional sounds with techno and hip-hop, genres that inspire their music.

Dre-T is a poet, rapper, producer and mentor. His last EP, filled with songs that mix raw lyrics, jazz melodies and mellow beats, was released last year. Dre-T also weaves in his vocals to highlight the inequalities he sees around him -- whether it’s in education or the justice system.

This will be the second year that Dre-T will be at SXSW. He said the festival taught him the importance of being innovative as an artist.

Rapper Salvin Chahal and DJ/Producer Wise Child, make up the duo Native Children. Born and raised in South Sacramento, the two became a team after meeting up at a Sol Collective event in 2013. They didn’t know each other at the time, but found out they share a love for hip-hop and mixing futuristic sounds with rhythms from their Indian background.

“We like to describe it as alien funk,” said  Wise Child. “It’s the bridging with the analog and the digital. It’s a mix between really futuristic, alternative new sound and has the energy ... [of] that boom-bap, 90’s hip-hop sound.”

Chahal’s quick and easy flow touches on both on his personal experiences and what he sees are pervasive societal ills.