There's a crop on its way down the Yolo Bypass to the Sacramento River, but the crop isn't fruit or vegetable. It's salmon.

More than 18,000 juvenile salmon or smolt from the Feather River Hatchery have spent the last month living and feeding on 20 acres of flooded prime agricultural land at Knagg's Ranch just outside Woodland. 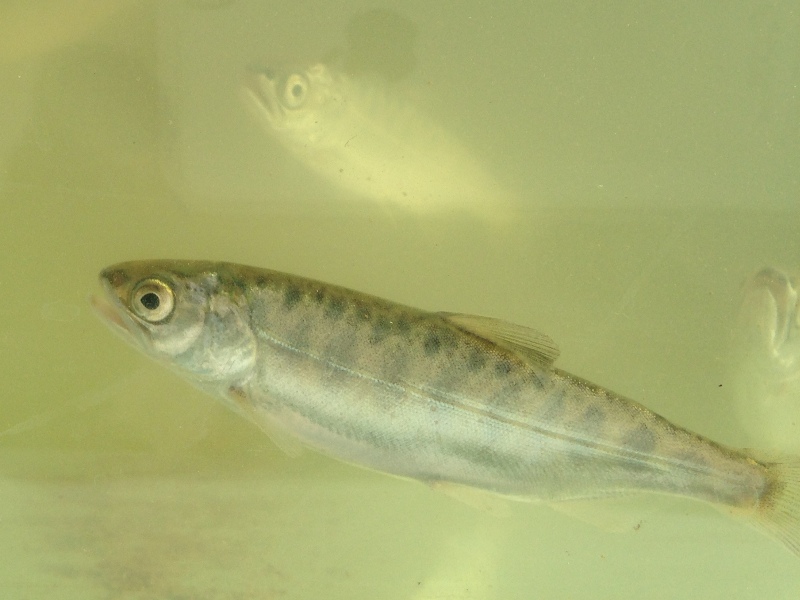 They're the guests of the Nigiri Project -created by U.C. Davis, the conservation organization California Trout and the California Department of Water Resources.

Fisheries biologists think giving smolt a place to rest and get fat on their way to the ocean improves salmon survival rates.

Recently, the fish had visitors from Shirley Rominger Intermediary School in Winters.

Veronica Corbette is a fisheries technician for Cal Marsh and Farm LLC which owns the land.  She's one of the tour guides.

"On the top," a student answers.

Another student has the answer. 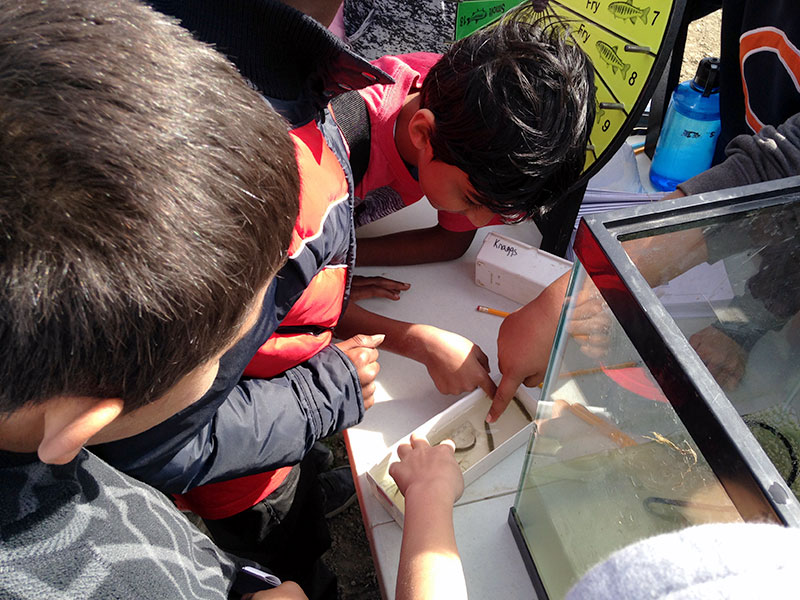 She puts some young salmon in a clear plastic tank so the kids can see and then begins a lesson on all of the ways young salmon die on their way to the ocean.

The staff call it the "Wheel of misfortune"

Otters, egrets, and catfish are among the animals who prey on salmon smolt in the rivers. There are few of them in the flooded fields.

Haley Archibeque is a fifth-grader at the Rominger school. She's says she learned a lot on the field trip. Raising fish in a rice field is complicated.

That's pretty close to how it works, says Jacob Katz with California Trout. He is a Nigiri Project director. 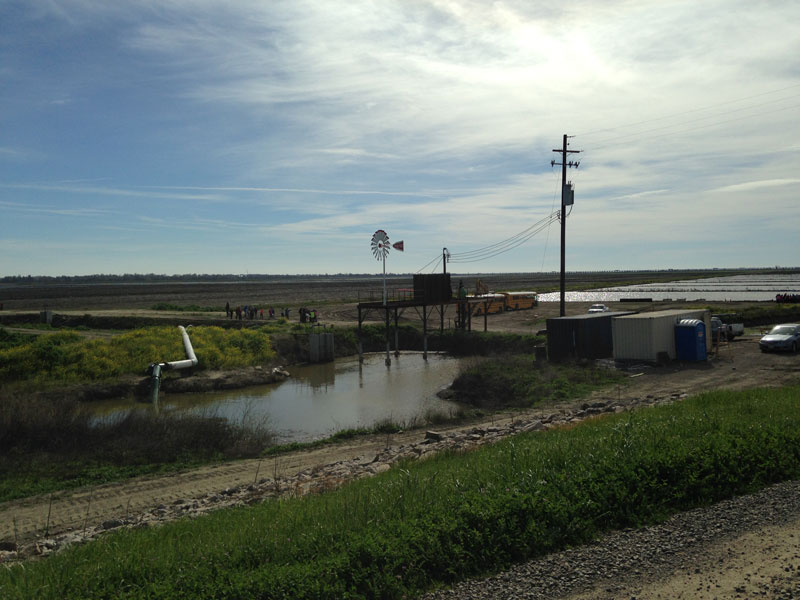 "Sunlight is converted by algae into sugars. Those sugars are the foundation of the aquatic food chain. When a river is stuck between two levees, there's very little room, there's very little surface area for light to hit," says Katz. "When you spread that water out, like we're doing here on these agricultural fields, you end up with the solar battery that really can power the whole aquatic system."

Katz says shallow ponds on the rice fields provide easily accessible food for fish that wouldn't find nearly as  much to eat if they were still in the Sacramento River.

"The fish grow incredibly fast. We are looking at fish that are basically doubling their weight every week," says Katz. "This is what Central Valley salmon should be doing. This is what they did historically."

Katz says in the warmer, calmer rice fields, the salmon's survival rate is about 41 percent.

Last year, researchers tracked 300 fish that left the Feather River hatchery. Only 13 percent made it down the river system to Sacramento.

The fish that survive the rice fields return to the river twice the size of the fish that never left the river. 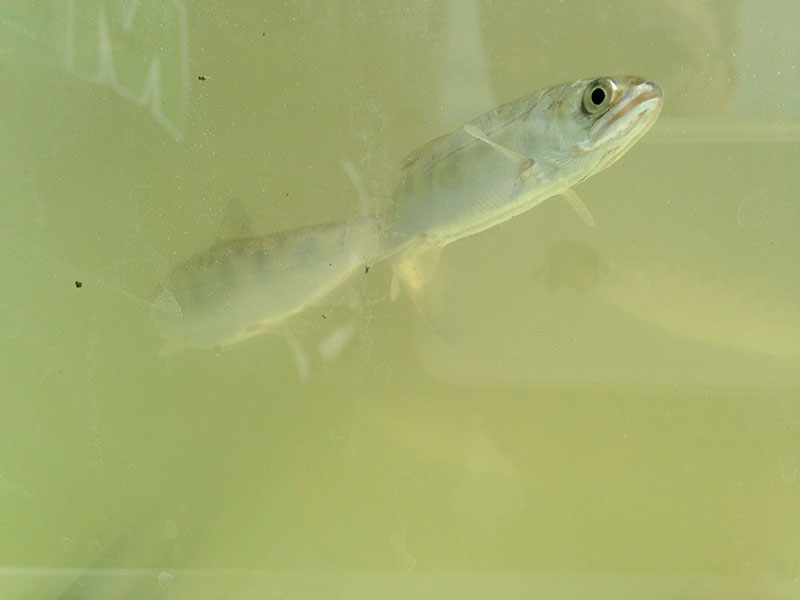 After the students serenade her with a chorus of "Thank yoooooou, Veronica," Corbette says the Nigiri Project holds great promise for fostering fatter fish and resolving one of the biggest conflicts in the state.

"In this case we are the perfect example that farmers and fish and people and birds can get along just  in perfect harmony out here."

This is the fourth year for the project at Knagg's Ranch.

It's the first year the Nigiri Project had six sites and 65 acres between Yolo and San Joaquin Counties.

Katz hopes to increase the acreage and the number of fish tenfold next year. 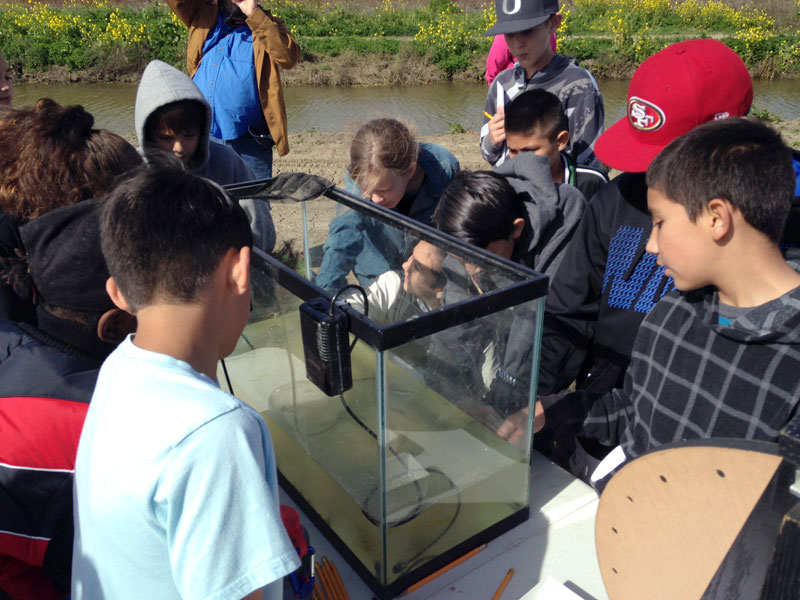