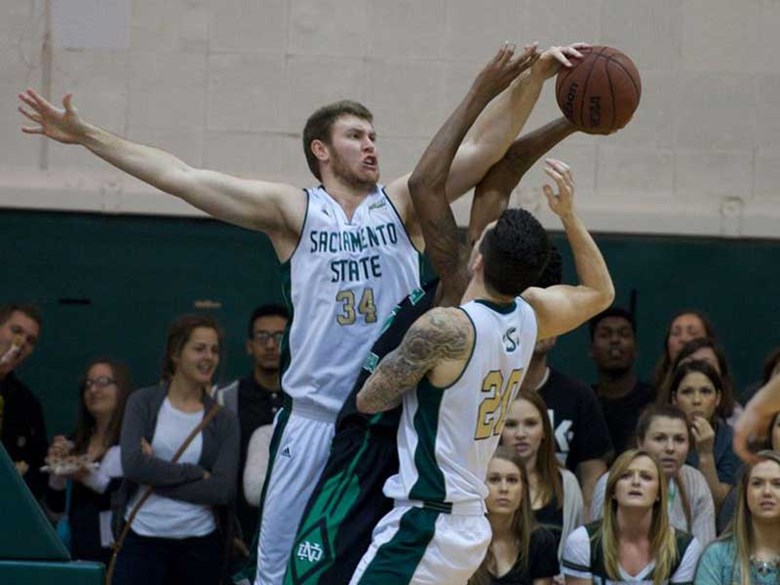 Sacramento State’s women’s basketball team won the Big Sky tournament opener against Montana this Wednesday. The number 2 seeded team moves on to the semifinals this Friday. The men’s basketball team also won its tournament opener. The number 3 seeded team beat number 6 seed Portland Thursday and will now advance to the semi-finals as well. Joining us from the Big Sky Tournament quarterfinals in Missoula, Montana is the newly appointed director of athletics at Sacramento State, Bill Macriss.

Macriss was named Interim Director of Athletics on July 1, 2014. Since then, he has guided Hornet athletics with a steady, supportive hand, and his performance merited his promotion to the position on a permanent, full-time basis.

Under Macriss' watch, Hornet athletics has seen unprecedented success. For instance, the Hornet football and men’s and women’s basketball teams have combined for the most wins in a season in the school’s NCAA Division I era. Just as importantly, last fall, our student-athletes overall had a cumulative GPA above 3.0, including 127 of them who posted a GPA of 3.5 or higher.

In addition, Macriss has successfully engaged community support, including partnerships to bring the U.S. national track and field championships to Hornet Stadium and the selection of Sacramento State as a regional host for the early round games in the new downtown arena for the 2017 NCAA Men's Basketball Tournament.

Ken Mercurio Shares His Journey In "Head Over Wheels"