Cork Versus Screw Cap: Which Preserves The Flavor Of Wine Better?

The natural cork industry – based primarily in Portugal -- is trying to restore its reputation.

Corks have a bit of a bit of bad rap because occasionally a prized bottle of wine smells like well worn gym shoes.

Cork taint comes from a natural fungus that contaminates a small percentage of corks, and then the wine.

Andrew Waterhouse, a wine chemist at UC Davis is studying whether corks, screw-caps or synthetics preserve the original flavor of a bottle of wine the best.

He estimates that cork producers have lost at least 20% of the global market share to other caps.

“In certain countries they’ve lost all of the market," says Waterhouse. "In New Zealand corks are nearly unheard of, and in Australia screw-caps dominate the market.”

The results of Waterhouses’s latest research isn’t great news for the cork industry.

“Screw-caps and the synthetic cork are more consistent," says Waterhouse. "Significantly more consistent. But, when I’ve talked to winemakers about what closures they want to use I’ve had many of them tell me they prefer natural corks.”

He stresses that his research focuses on the short term. Screw-caps and plastic corks have not been around long enough to be tested on bottles aged for decades.

“There’s no data on what happens with these difference closures beyond about five years,” says Waterhouse. 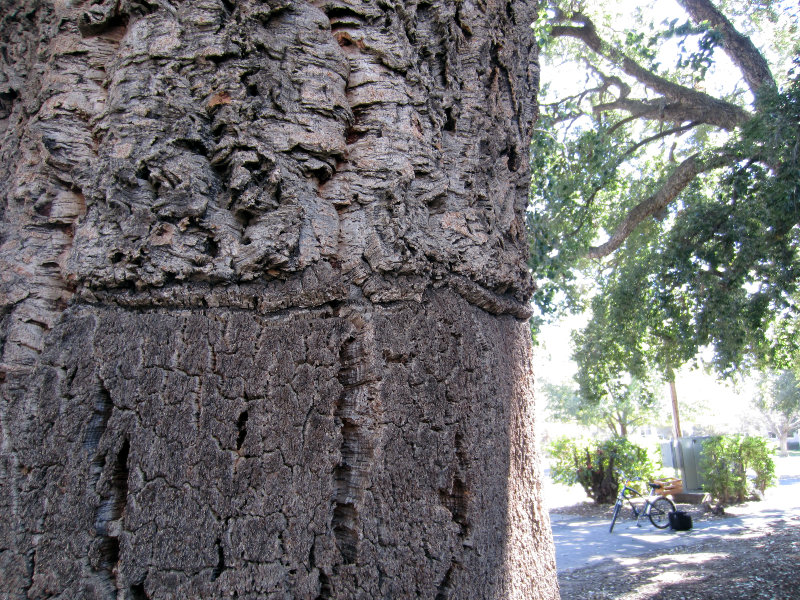 The opinions vary among customers considering bottles at 58 Degrees & Holding Co. in midtown Sacramento have

Dave Russo has been alternating sips of three glasses of wine. He makes special trips from Long Beach to dine and inbibe at 58 Degrees.

Russo finishes off the last sip of a red blend from Sonoma called ‘Papa’s All Black.’

Sommelier Tyler Stacy quickly approaches the table and stabs a corkscrew into a bottle and pours Russo a new glass of sparkling wine.

Russo plans to buy a few bottles of wine after he finishes drinking. He says he’ll likely buy corked bottles.

"I guess I’m still a traditionalist," says Russo. "Screw tops are a little pedestrian. It’s just an old world, old style tradition, and some old people like me – we go out with the old traditions.”

Sommelier Tyler Stacy says he doesn’t have a preference. He says the flavor of a bottle doesn’t depend on how its sealed.

“Some of the greatest wines in the world from the greatest sites, to the greatest vineyards, are closed with a screw-cap because it’s basically a fail safe seal,” says Stacy.

Though he says sipping wine is a romantic experience and unscrewing a cap doesn’t create the same ambience as and popping a cork.