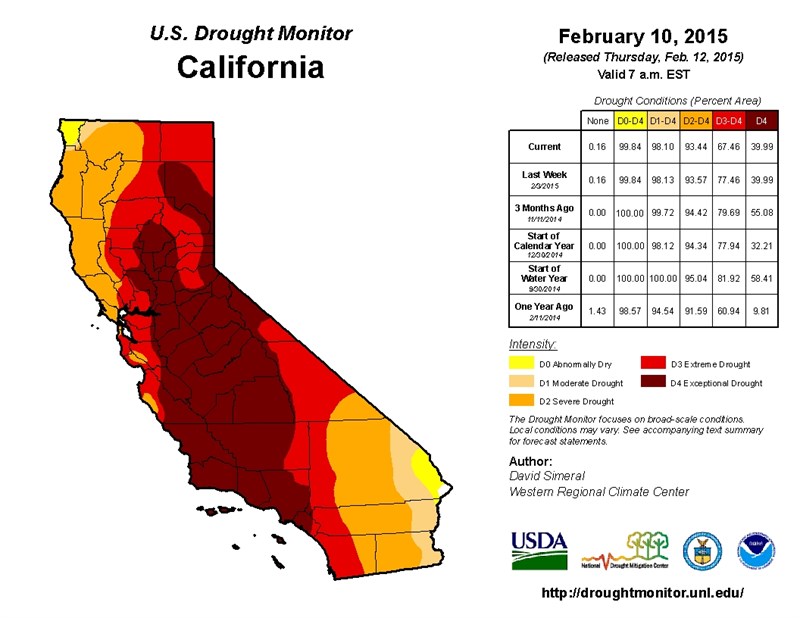 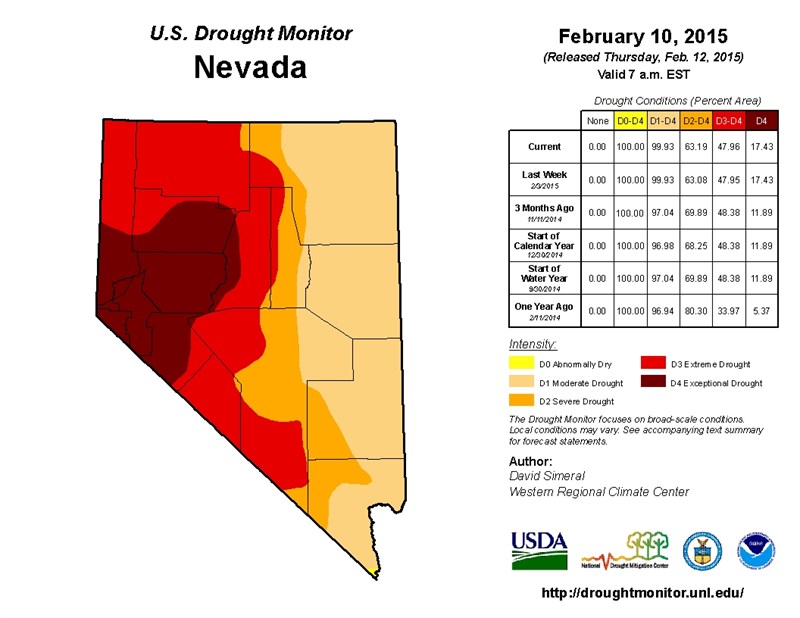 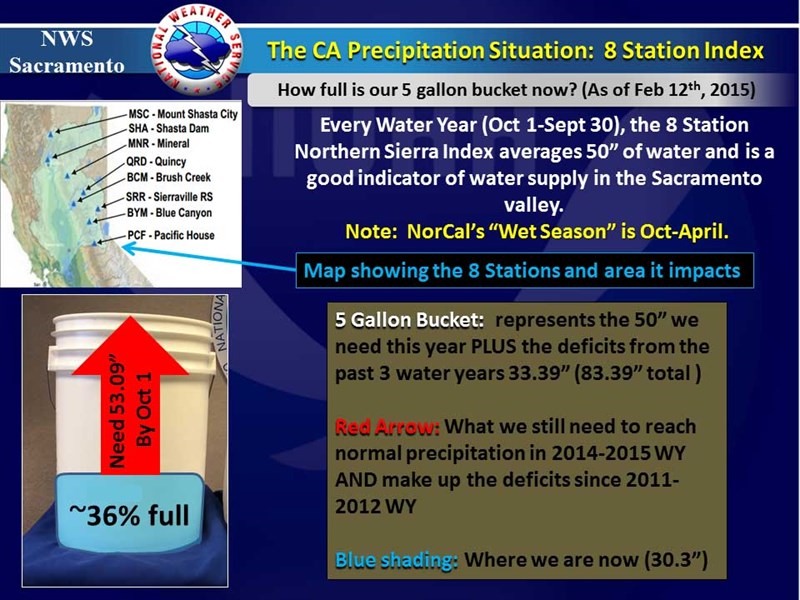 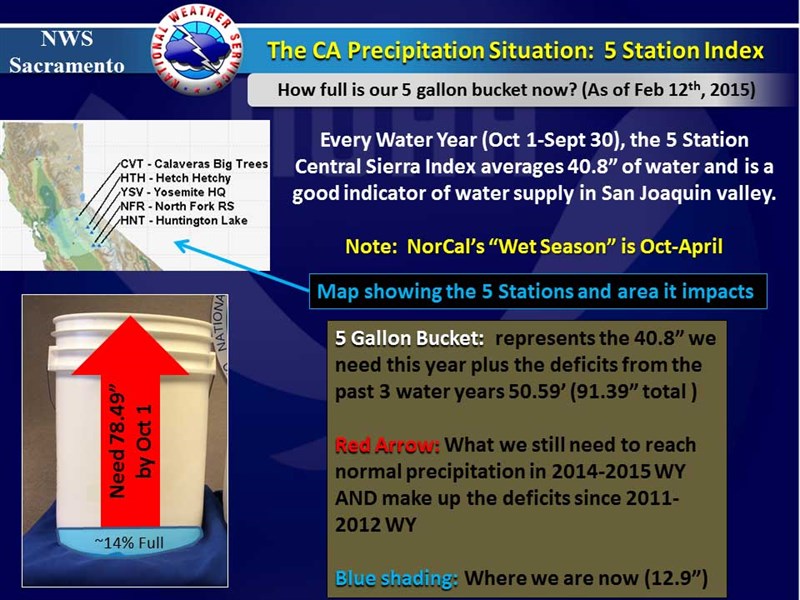 "In the northern half of the Sierra Nevada Range, rainfall accumulations ranged from three-to-ten inches, and the greatest accumulations occurred on the western slope between 2,000 and 7,000 feet in elevation. Snow levels were generally high (above 8,000 feet) throughout the storms, and the cumulative effect of the snowfall received did not have a significant impact on the poor snowpack conditions across the range." 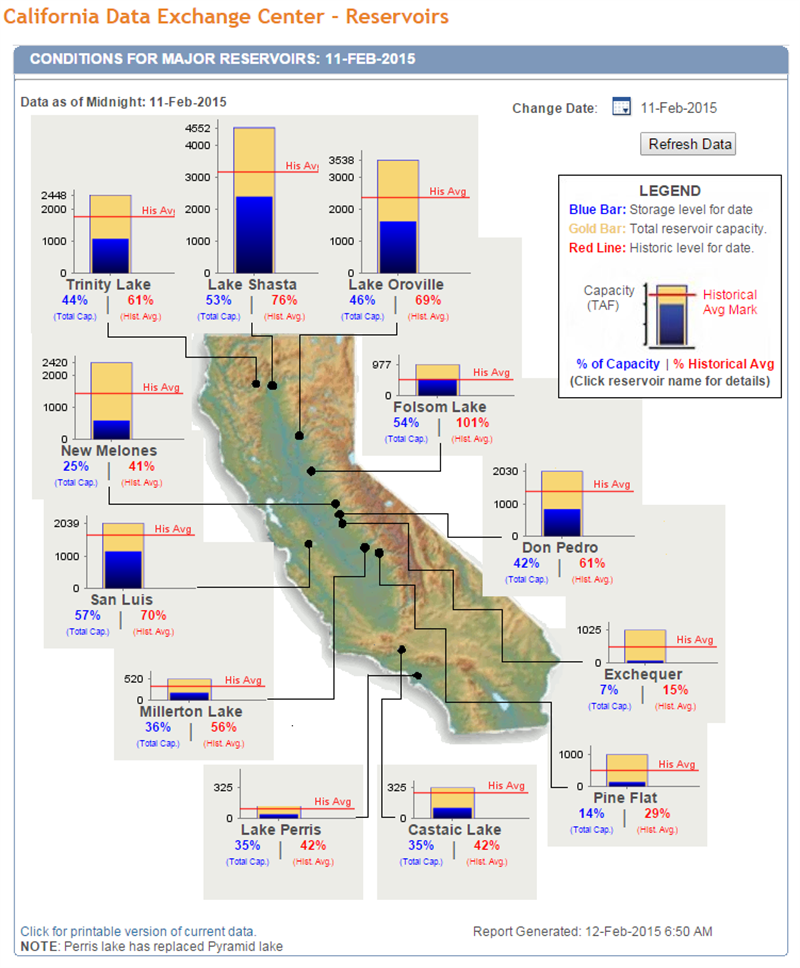 "On a more positive note, runoff associated with the [February storms] provided the addition of approximately 500,000 acre feet of inflow to the four major reservoirs (Folsom, Oroville, Shasta, and Trinity) in Northern California."

A new report warns that the U.S. Southwest and Central Plains could face "megadroughts" during the second half of this century. And those droughts could last for decades.

The Associated Press says scientists write in a study in the journal Science Advances that global warming will lead to "unprecedented drought conditions" - the worst in more than 1,000 years.

The study is based on current increasing rates of rising emissions of carbon dioxide and complex simulations run by 17 different computer models, which generally agreed on the outcome.

The Southwest will see less rain. But the biggest problem in both regions will be the heat, which will increase evaporation and dry out the soil.

The lead author is NASA atmospheric scientist Benjamin Cook, who says, "We're going to have to think about a much drier future in western North America."