Ranchers Bouncing Back, But Still Feel Effects Of Drought

On this day, he hops out of his truck to open the gate to his livestock pastures near Grass Valley. About 100 cows graze among the green rolling hills. When they hear the gate open, the chorus begins…his cows know they’re about to get fed. Gates spreads a load of alfalfa hay off his truck. 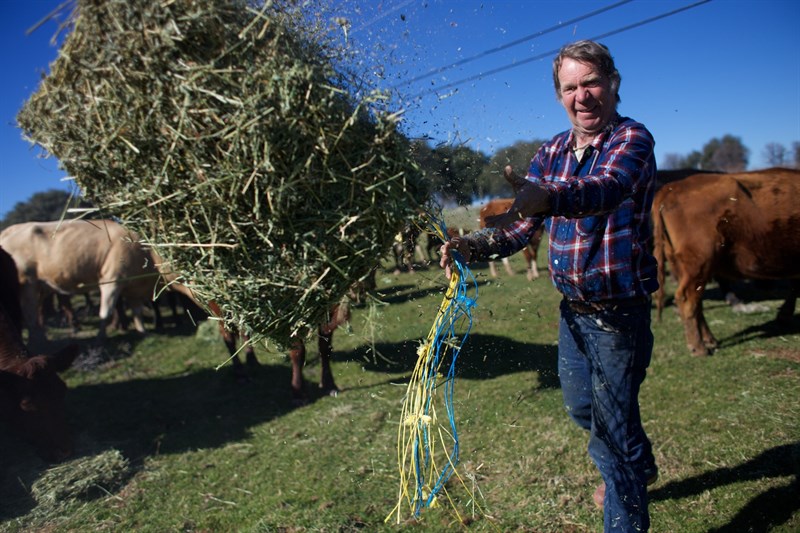 "Time we’re done here, you’ll see me go through a thousand bucks here in 15 to 20 minutes, but the animals have to have adequate nutrition. It takes about 20 pounds of good hay, per cow, to maintain herself," Gates says.

The scene is much different than last year when all the pastures in the Sierra foothill communities were golden brown…not a speck of green in sight. Without any grass, the cows had to rely completely on what Gates fed them. He had to buy in one year what normally would have been five years worth of hay. 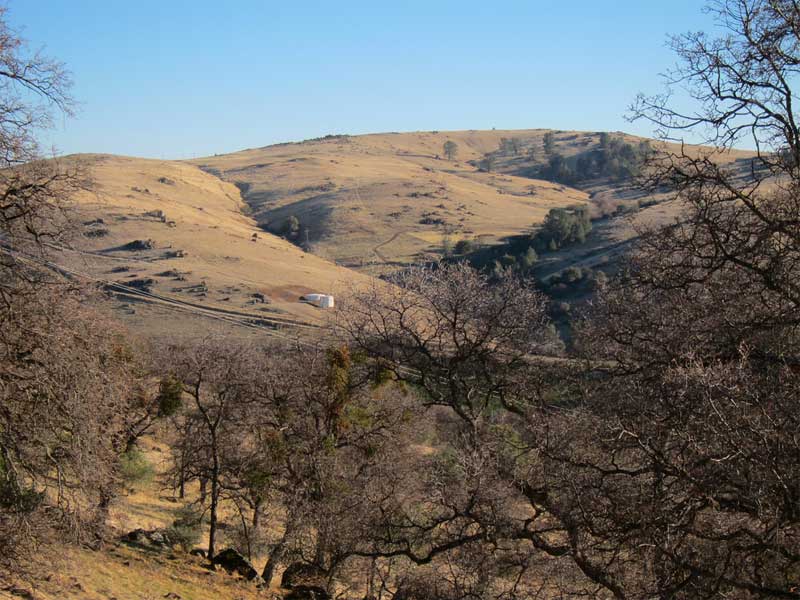 The fields surrounding Jim Gates' ranch as seen in January 2014. Dry, brown conditions forced him to buy five years' worth of hay in one season.

“We got right to the edge of where I couldn’t borrow any more money to feed the cattle, and then it started to rain, 10th of March, that’s how I survived, pure luck.”

Gates sells his beef directly to the consumer. Selling part of his herd at auction wasn’t an option; it would have put him out of business. But he says most of the cattle ranchers he knows had to make that choice. 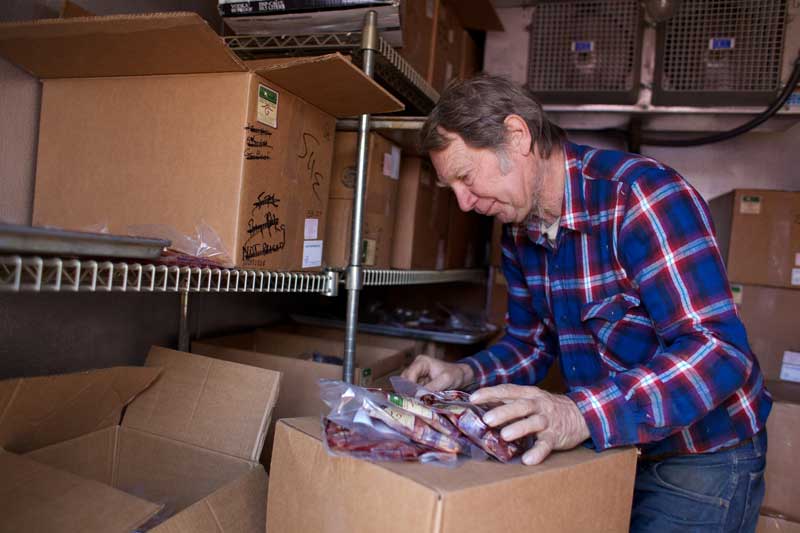 “The drought is so bad the price of cattle alive got higher than anybody thought it ever would and that’s made the difference, allowing people to stay in business.”

This year, despite a dry January, the grass is green.

“I’m feeling a whole lot more optimistic, we had a great start to the year, yeah, I’ve had to buy hay, but nowhere near as much, and the cattle look good.”

About 20 miles away, Dan Macon with Flying Mule Farm in Auburn shouts commands to his border collie to herd his sheep. About 80 pregnant sheep move quickly away from the dog, panting in the February heat. While the grass here has grown slowly this year, Macon says it’s a huge improvement from last. 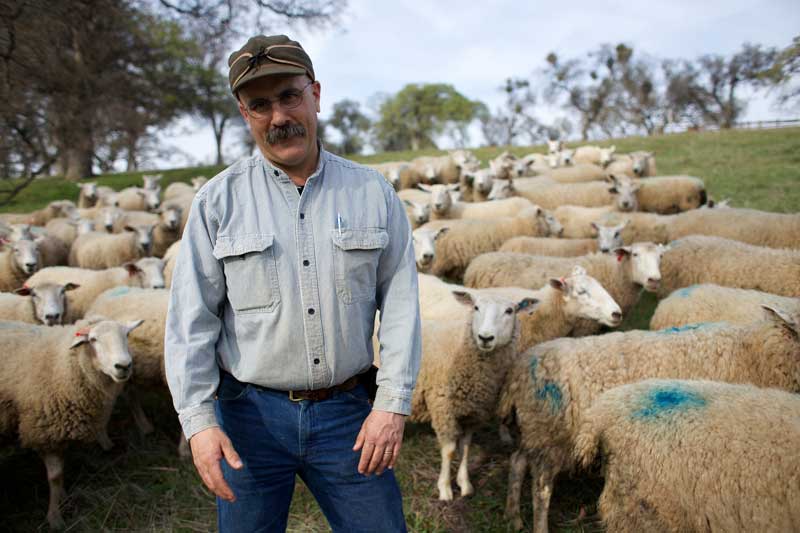 Last year was particularly tough for Macon. The drought forced him to sell part of his herd. And he says sheep and lamb prices didn’t rise as much as cattle.

“We did sell some sheep last winter we sold about 25 ewes before we lambed last year, and we have sold some more sheep this year, partly because of the cash flow challenges and time challenges that resulted from the drought, and having to work another job,” he says.

Macon took a full-time job with the UC System. But he still manages a herd, just a much smaller one. 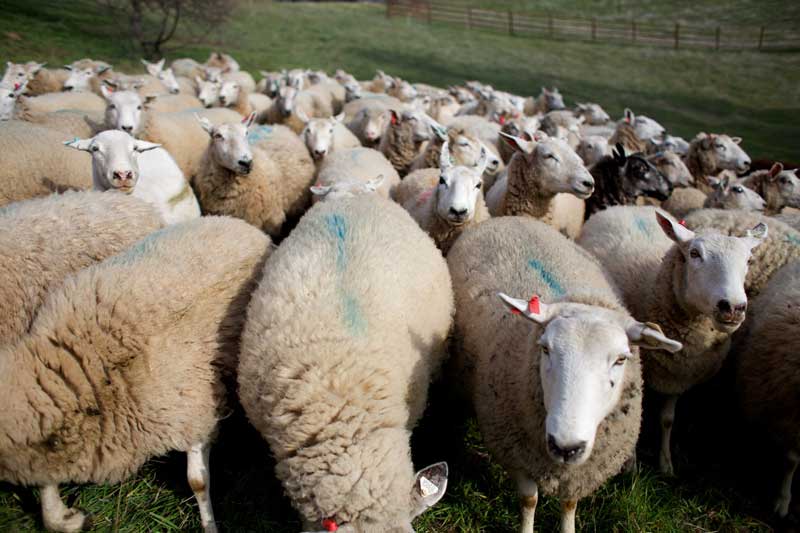 Dan Macon has a healthy, but smaller, flock of sheep this year, compared to 2014. (Andrew Nixon / Capital Public Radio)

"The challenge for a lot of us will be to rebuild the livestock numbers in a way that’s sustainable. I think a lot of us are going to be real cautious about doing that because we don’t want to get in a situation where we run out of feed again.”

Both ranchers remain optimistic about the coming year. The most recent rains have helped. But the lack of snow in the mountains hasn’t escaped them either. Macon says this drought is likely the biggest challenge his generation of ranchers and farmers have ever faced. 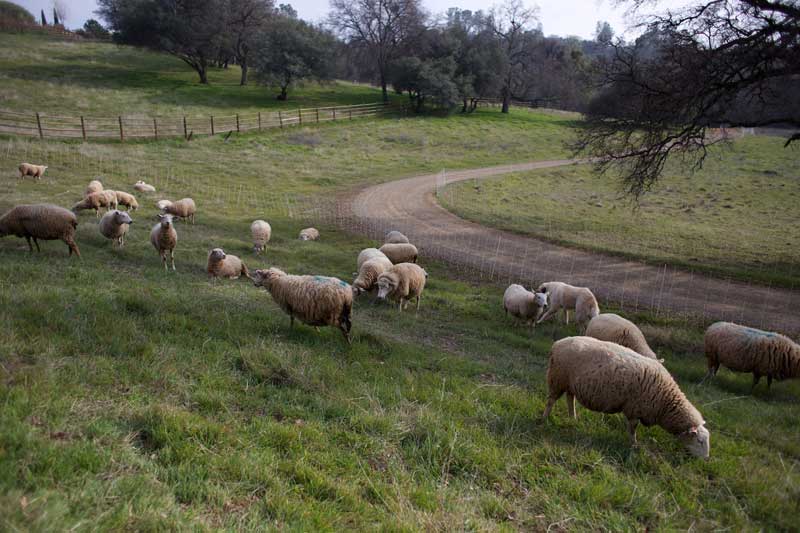