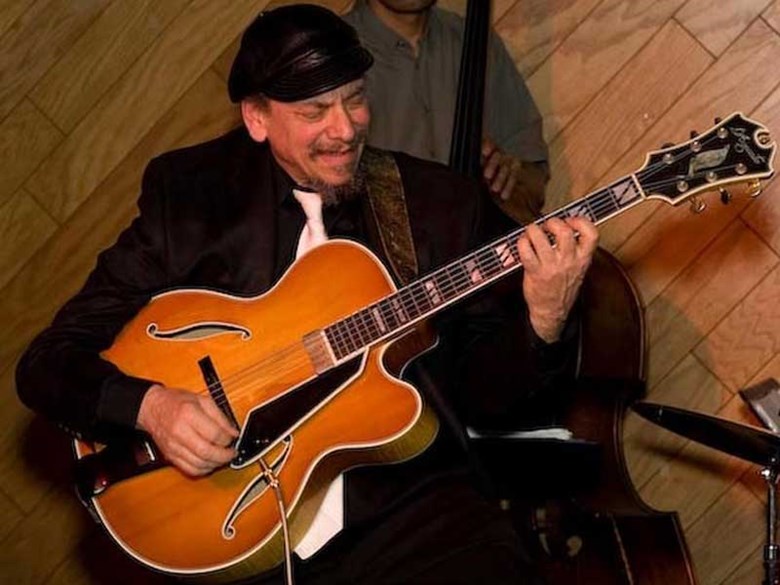 Guitarist Mark Elf has played and or recorded with the Jazz Giants: Dizzy Gillespie, Clark Terry, Jimmy Heath & the Heath Bros., Wynton Marsalis & Jon Hendricks just to name a few. After forming his own record company in 1995, Jen Bay Records, he stunned the record industry with hit recordings on Jazz Radio. From 1996 to 2004 all 10 of his recordings had finished in the top 10 on National Jazz Radio.

My father moved the family from Oceanside, New York  to San Anselmo, California somewhere around 1960, I was 10 years old. Sometime in 1964 or '65 I was teaching in a local music store in Petaluma, California called Browns. I was playing in a local rock band and had been playing dances and battle of the bands from around 1964 until 1967.

While teaching beginners at Brown’s Music Store, Mr. Brown mentioned or asked me if I had ever heard of Tal Farlow. I’m pretty sure I never heard Jazz at that time because at home my father and mother would listen to Broadway show music and classical Music. My father loved opera!

My family moved back to New York in 1967 and I got a job teaching in Brentwood at Wally’s music store. It was my senior year in high school and I got the guitar chair in the high school jazz stage band. The stage band teacher was also my music theory teacher and gave me a recording by James Moody with King Pleasure. I was knocked out by it.

Wally suggested to me that I study with a local guitar player named Ralph Patt who had studied with the great Barry Galbraith. Ralph gave me some jazz guitar records and I was hooked!  When Ralph moved away, the manger of Wally’s suggested that I study with Chuck Wayne, and actually lent me his car so I could drive to Staten Island which was 60 miles one way.

I ran into Ralph Patt a year or so later while I was working as a sales person for Sam Ash Music. He suggested to me that I go and study with Barry Galbraith which I did. Barry turned me onto Charlie Christian, Lester Young, Tal Farlow and Jimmy Raney. Now I was really hooked big time!

In 1968 while working in Sam Ash and before starting my studies with Barry, the saxophone repair man asked me if I ever heard of Charlie Parker.  I said "no," and in his next breath he told me to go across the street to Sam Goody and buy any Charlie Parker record! After hearing Bird & Diz I was driven. I wanted this so bad that I could taste it. I wanted to be able to play this music more than anything in the world. I didn’t care about how I was going to make a living or anything else except playing this music.

In 1968 while still working at Sam Ash I went to a local jazz club and was introduced to tenor saxophonist Billy Mitchell who had a steady Thursday night gig. I sat in with Billy every week and he mentored me and hired me in later years. He introduced me to Dizzy Gillespie and so many great players. It’s been a wonderful journey and if I had to do it all over again, I wouldn’t change a thing!