The water board reports daily water use is also declining statewide. In December the average person used about 67 gallons of water per day. That’s down from about 89 gallons in November. 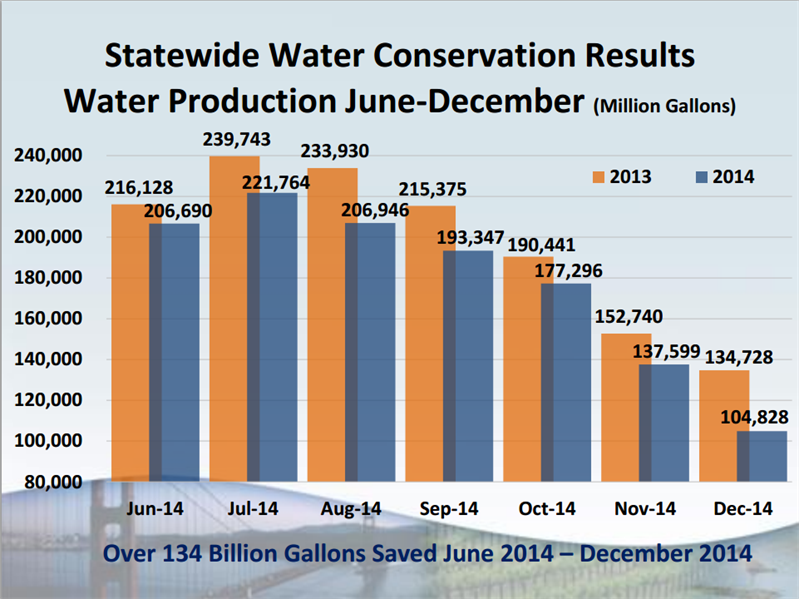 But an exceedingly dry start to 2015 has officials reminding Californians they must continue conserving. Governor Jerry Brown says while California is doing its part to save water, the drought is far from over.

The water board says it is likely emergency conservation regulations will be extended and possibly tightened. Water board staffer Eric Oppenheimer says local regulations vary widely. 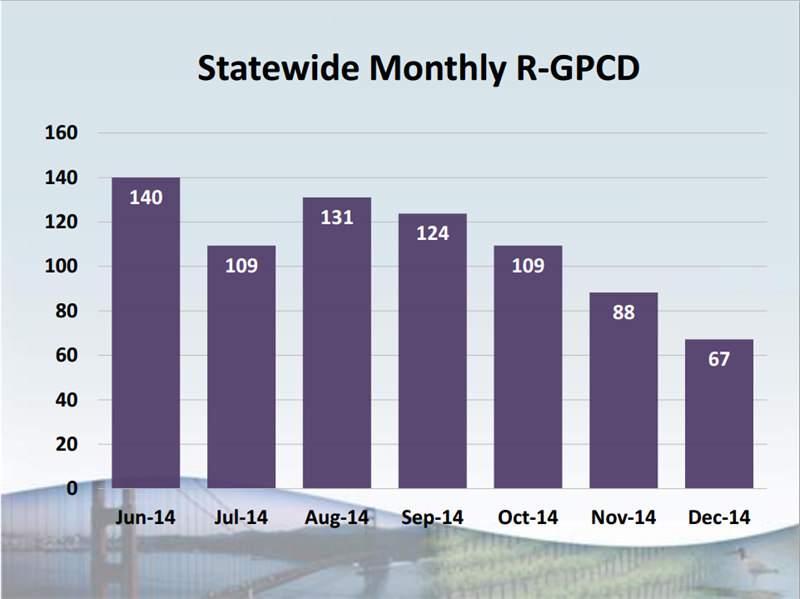