Kruger, 38, grew up in Southern California but had worked recently as an attorney for the U.S. Department of Justice.

"It's an honor that I could not have imagined growing up as a girl in Southern California and that I can hardly believe as I stand here today,” said Kruger at the ceremony. “But much more than an honor, it is a solemn responsibility."

Kruger has degrees from Harvard and Yale and has argued several cases before the U.S. Supreme Court.

Cuéllar, 41, is a Stanford law professor who was born in Mexico and immigrated to California as a teenager.

Cuéllar has been at Stanford since 2001. He thanked his parents at the ceremony.

“This beautiful state became home when my parents, Alfredo and Yolanda, who are sitting here in the audience, brought my brother Maximo and me here in 1987,” said Cuéllar. “They dreamed of a better life and believed we'd find here the laws and the institutions to live with integrity. They were right."

Cuéllar is starting a 12-year term on the state's highest court.

Kruger and Cuéllar were nominated by Brown and neither have served as judges. 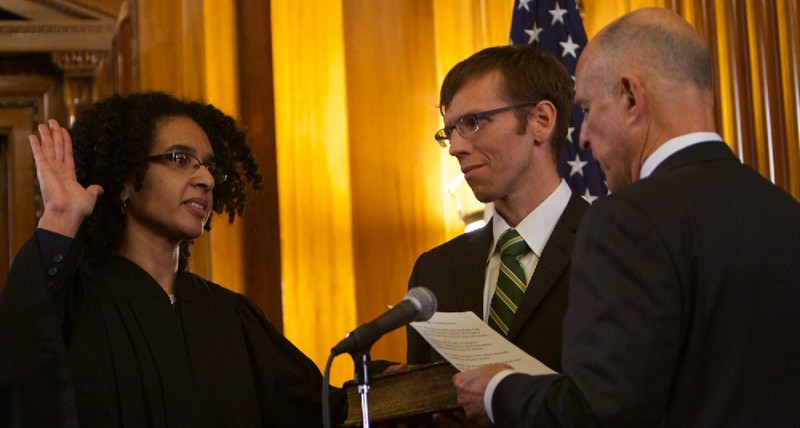