Gov. Jerry Brown and California lawmakers are already living on borrowed time as they negotiate a measure to replace the $11 billion water bond on the November ballot.

The official deadline under state law passed six weeks ago. Any deal now would have to waive election laws, and be signed by the end of this week. But two huge sticking points are clogging up the water talks.

“We’re standing in the middle of 250 acres, which would be part of the 14,000-acre footprint of the Sites Reservoir," says Mary Wells.

Wells lives on a family ranch in Colusa County, about an hour northwest of Sacramento. She’s the fifth generation of her family to farm and raise cattle here. She’s lived on this ranch for 40 years. But she – and her daughter and granddaughter – are prepared to flood it. 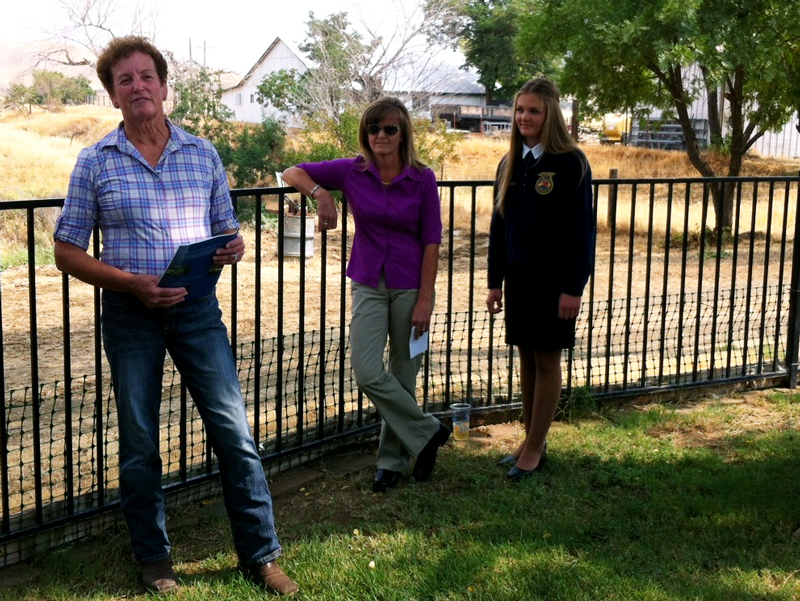 Mary Wells (left), her daughter (center) and her granddaughter (right), the fifth, sixth and seventh generations of a family living in a Colusa County ranch. Ben Adler / Capital Public Radio

“Northern California and all of California needs a solution to the water shortages that are only going to get worse," says Wells.

Wells' home would sit about 300 feet under water if the reservoir were built. So it’s not just giving up her ranch; it’s giving up the actual home she's lived in for decades. “That’s the tough part,” she says.

Wells is showing her ranch to a group of state lawmakers, Capitol staff and lobbyists who are demanding at least $3 billion for surface storage in any state water bond. Sites Reservoir is one of the two large projects the money would go towards; Temperance Flat Dam, an hour northeast of Fresno, is the other. 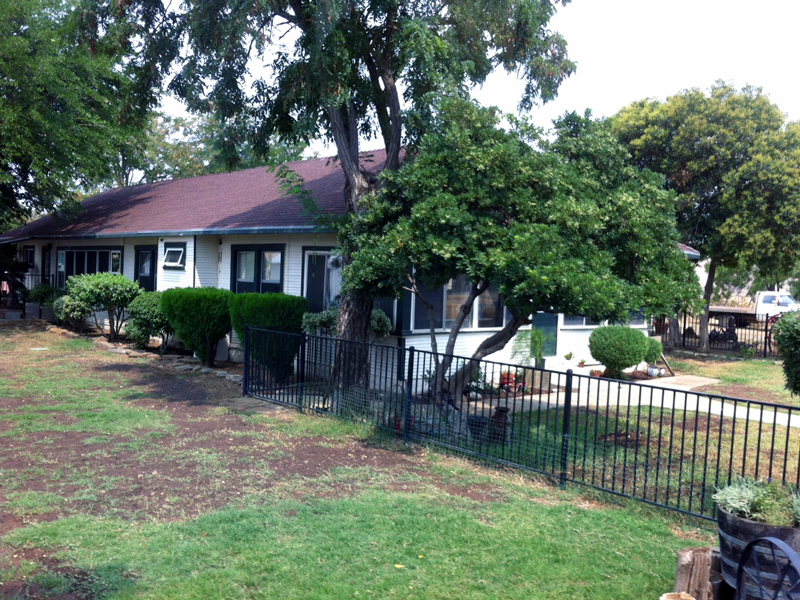 The Wells family's home, which would be torn down to allow the site to be used to store water. Ben Adler / Capital Public Radio

The tour came one day after Gov. Jerry Brown announced his opposition to the $11 billion water bond currently scheduled for the November ballot – and put forth his own $6 billion proposal instead. Brown’s outline includes $2 billion for storage projects.

Even Assembly Speaker Toni Atkins (D-San Diego) says Brown’s proposal is “too small to meet the state’s dire needs.” But in an interview last week with Capital Public Radio, Brown pointed to California’s $30 billion debt and said his proposal is the most the state should borrow.

“They’re arguing about this $3 billion storage,' says Brown. "You’re not gonna get these dams built without more billions, and it’s gonna take many years. We have a problem right now, and the $6 billion covers all the immediate stuff that we can do now.”

Storage is one sticking point. The other is designing a bond that’s “tunnel neutral” – that is, it neither helps nor hurts the governor’s proposal to build twin tunnels underneath the Sacramento-San Joaquin Delta. Brown says his proposal is “tunnel neutral,” but Delta lawmakers and environmental groups fear it’s not.

Sen. Lois Wolk (D-Davis) says any final deal must include specific language that gives her Delta constituents a voice and puts their fears to rest.

But down in the Delta, trust is in short supply.

Kathy Hemly grows apples and pears on Randall Island, on the Delta’s northern edge just south of Sacramento. She's in her packing house as Gala apples are washed, waxed, sorted and packed.

“(The Galas are) lovely this year," says Hemly. "A beautiful rose color with a fine sort of ivory striping on the skin. A very fragrant, crunchy apple.” 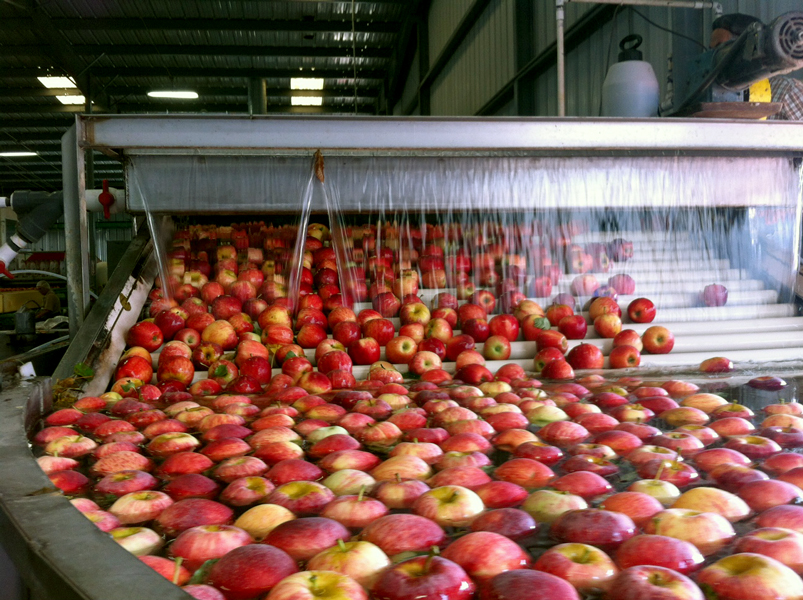 Then, forklifts load boxes onto trucks to take the produce to stores from coast to coast – and beyond.

Hemly says California absolutely needs a water bond, but her entire business – and her home – would be destroyed by the tunnels. So she fears anything that would open the door to Brown’s plan, including ecosystem restoration on private lands and private agency water transfers.

“The water bond, as it seems to be developing, is beneficial to some people at the expense of others," says Hemly.

Hemly says Delta folks aren’t obstructionists or conspiracy theorists. They just want a water bond that doesn’t hang them out to dry.

They’ll know one way or the other by the end of the week.