If you could be a super hero, which one would you be?  During a week at an Elk Grove summer camp, kids picked super heroes and super powers you might not expect.

They then bypass the "Spiderman and His Amazing Friends" or the "Batman" themes in favor of the "Bazooka Bubble Gum Song."

Out with the old and in with the new. 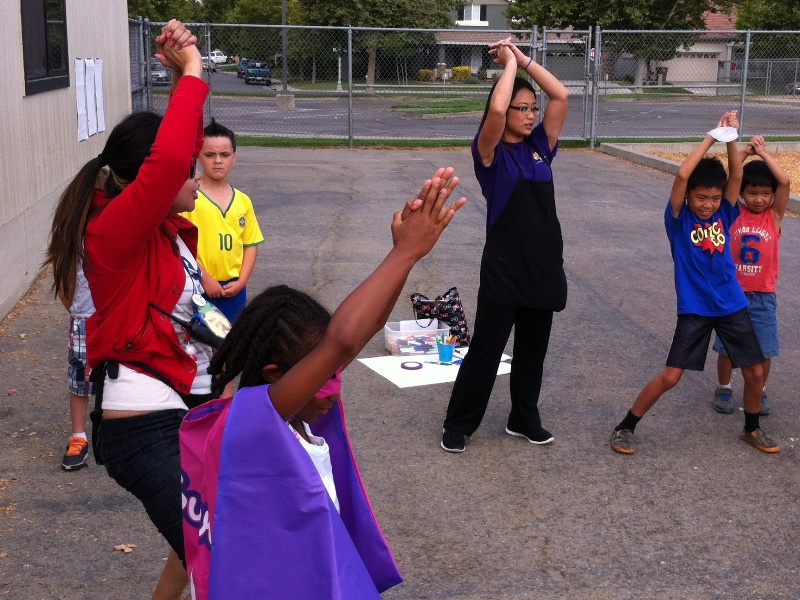 Sims Elementary is in Elk Grove and is on a year-round school schedule with two weeks of summer vacation taking place right now.  The school's Continuing Development Inc -or CDI- Center has a day camp for about 30 kids.  Every year, the staff comes up with two separate weeks of activities.

Her super hero is Hello Kitty.  In a modular classroom she leads the kids through the creation of their alter egos.

"Think about how you became a super hero -how you got this super power," she says.

There are no wrong answers.  Many kids pick a super-human strength. But others kids pick a perceived weakness and turn that into a super power.

Bryson Clark is 11.  He is gregarious -a showman- and the oldest kid in the program.  He's wearing a red vinyl cape and is a team leader, even though his super power -stupidity- isn't exactly positive. 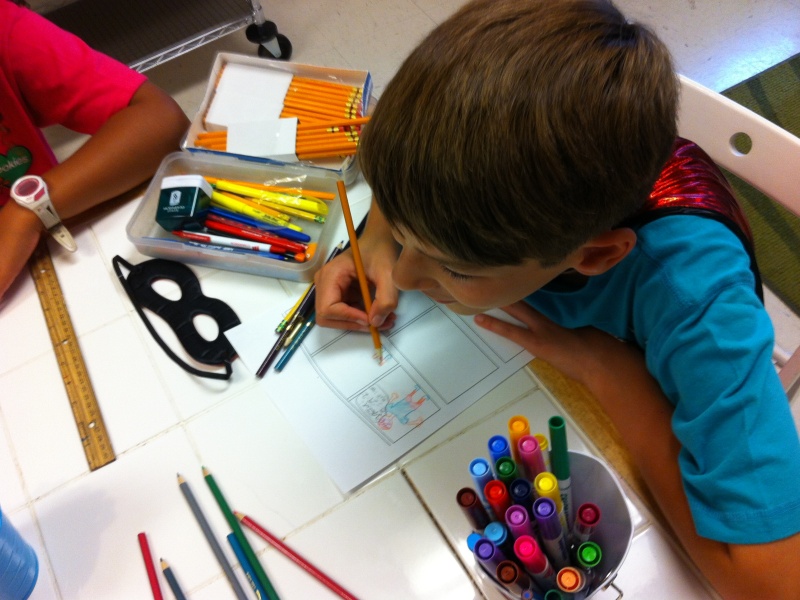 "I decided that my name should be 'Buck Tooth Billy,' he says. "Some people at CDI, we kind of got together, some of my friends, and we all decided names everyone's names were food except for mine. My friend was "Cheesecake."

As he draws a comic strip of his character, Brianna Wills sits nearby, drawing a lemon on her cape. She's 9 and her super hero name is  "Bri Bri Lemon Squeezy." 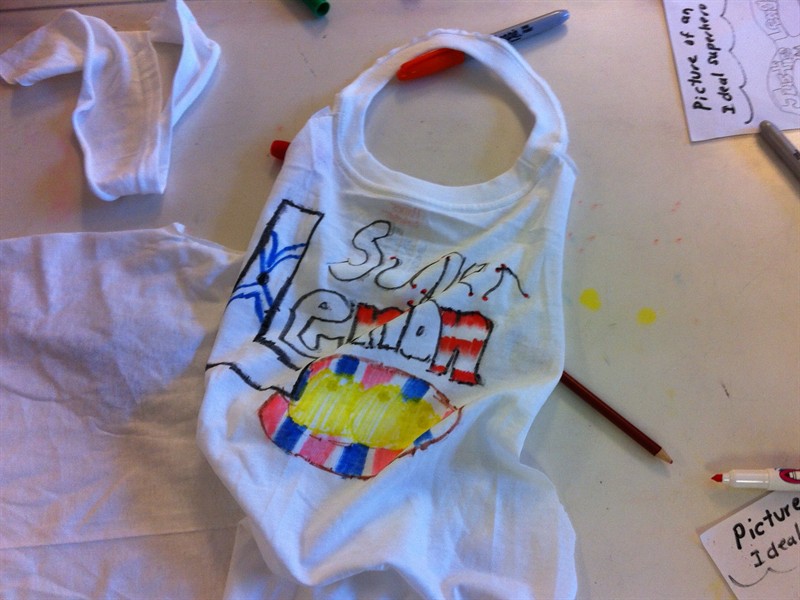 Her magical power is the ability to make lemonade.

"I'm only gonna give it to the poor since they don't have that much," she says. "And the people who normally live in a wealthy house and have money, they have to pay $1.00 for a glass."

Stepheny Gallegos is seven and her super hero name is "Angel Cake." She says her super power would help people get to heaven. 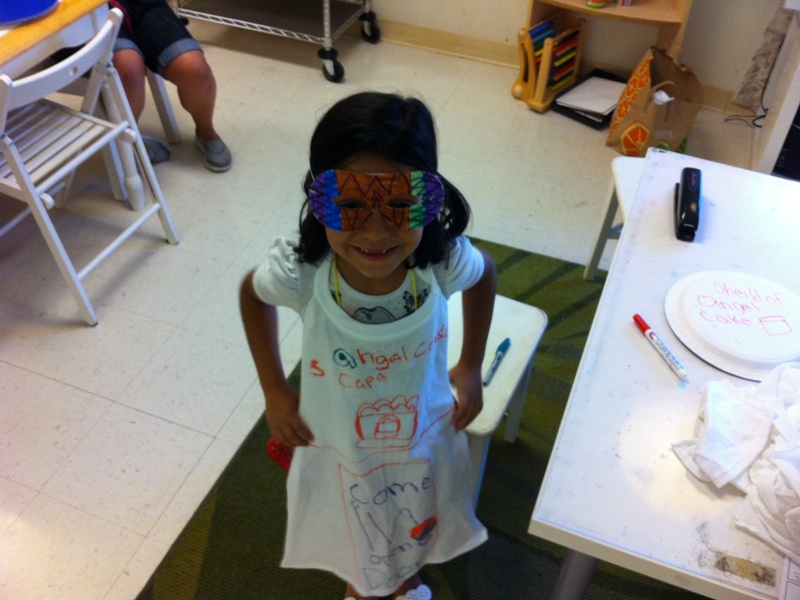 She says she got the idea after a friend of the family died, "They want someone nice to take them up to heaven, like a nice angel."

Her cape has a picture of a door on it with a sign that says "Come in."

Thomas Rogers is five and the youngest camper.  Solving the problem of poverty and assisting with the afterlife may be a little over his head, but he draws a pretty good Transformer. 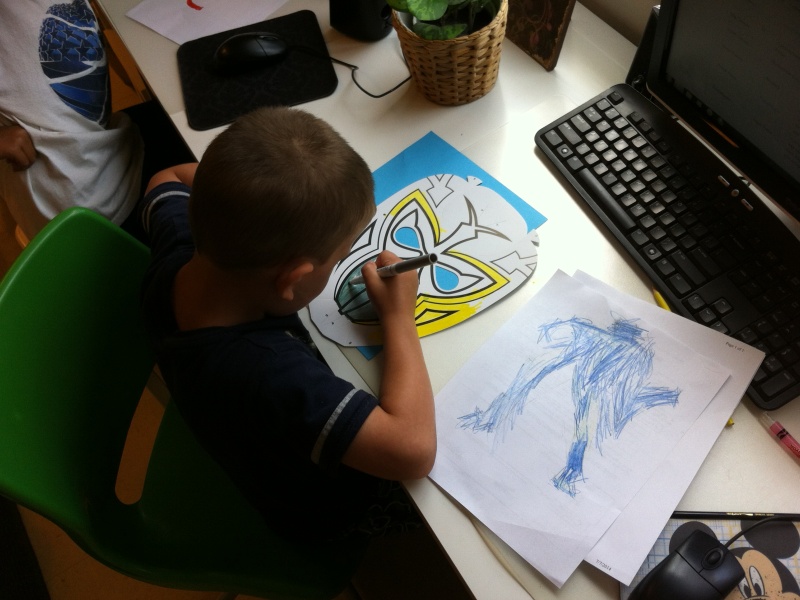 As his mom Tonya picks him up from camp, she says anything that teaches kids to be helpful and selfless is "great."

She then stops to peer inside her vehicle, where Thomas has crawled over the center console from the back seat into the front.

I say, "I think he's digging through your purse."

Staff member Heather Slimp sports a Captain America mask and shield, and for this week goes by the name Captain Waves because of her ability to breathe underwater. 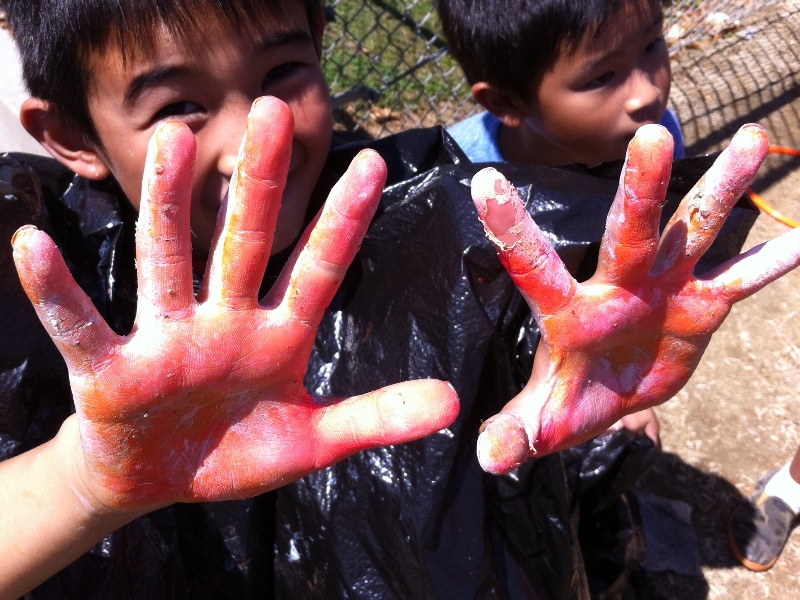 "I think they're getting better at it. I think there's a lot of research is being done about how this is just a better learning environment because they're more engaged. This is not the top down learning. They're creating their own learning experiences."

As she talks, "Buck Tooth Billy" helps a shy, younger camper named Cayden McLean adjust to the first day of camp and lends him his bright red cape.

"The camp staff, we call em teachers, camp counselors, facilitators, but really, there's not too much instruction given. It's just here it is and they go with it and take it to some really amazing places." 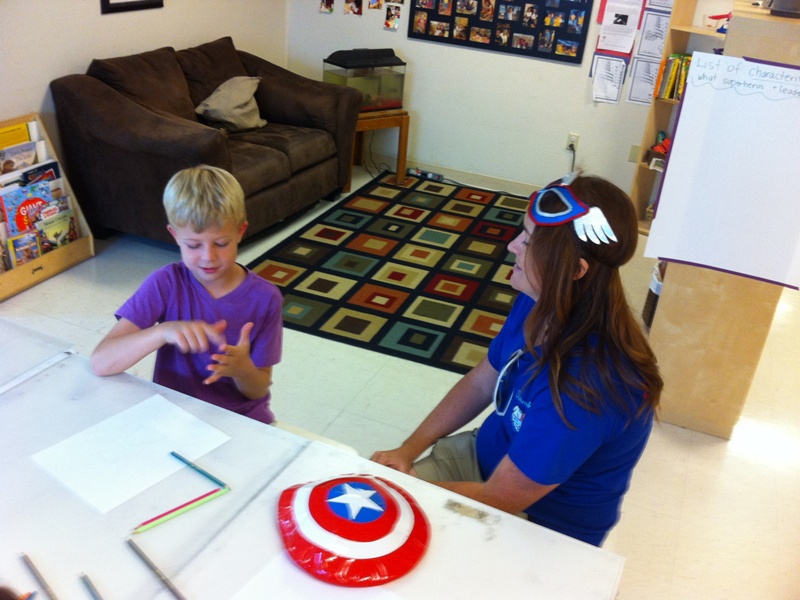 Captain Waves has been working with Cayden asking him to identify qualities of heroes and leaders.  After about five minutes, he arrives at this:

"A super hero helps people," he says. "A leader... a leader leads people to goodness."

It seems like some of these kids are on their way to doing both.  And that's what "Super Heroes Camp " is about.