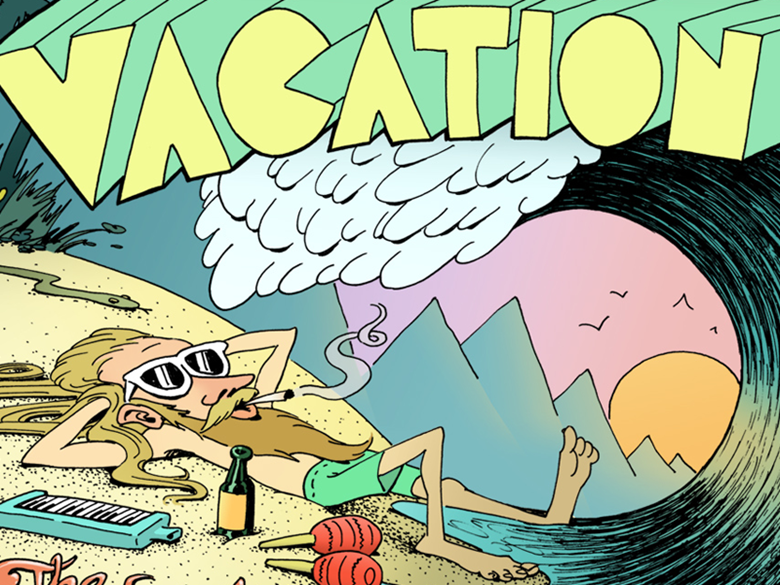 Druggy summer jams, punk rock, pop and R&B are all part and parcel of every festival across the country but if spending $80 dollars per ticket, per day, per festival is a little too daunting here's a handy guide while grilling in your backyard...it also happens to have a theme.

While not all of these tracks are Beach-Boys-Neil-Diamond-We-Know-All-The-Words-Sing-A-Longs, they are fun and sometimes hidden gems to keep your party in step.

This surf rock jam was a hit twice over. It first broke in the 70's on it's own and twenty years later caught the ear of Norman Cook (aka Fatboy Slim) for his electronic hit "The Rockafeller Skank"

It's hard to deny a good foot stomping blues jam and this one doesn't disappoint. Singer John McCauley's other band Deer Tick also has a Springsteen-ian Americana rock bend but Diamond Rugs wins out for me. It features members of Los Lobos and The Black Lips.

This comes from the legendary Detroit producer's record Donuts, a collection of short tracks, easily looped for use by MCs to rap over. This one's a quicky but it sticks in my head long after it's done.

A simple, fun, deep and danceable track produced by Dave Sitek of TV On The Radio. Kelis has had a big year with this record and it's because of cuts like this.
Her previous hit, the undeniable "Milkshake" could easily fit on this list as well.

The reggae legend returned in 2012 with a stellar record produced by Tim Armstrong (who was directly influenced by Cliff in his own bands Rancid and Operation Ivy). Children's bread is a bittersweet tune that's intended to make you think while you dance.

Eternal weirdos Dean and Gene Ween hung up their spurs after their 2007 album La Cucaracha and continue to have a rabid following seven years later. For me, very rarely does a live record top my list for any band but Live In Chicago is a masterpiece. The band is simply on fire every single track. If you have even a passing interest in the band, I strongly recommend you pick up the CD/DVD set (that way you can hear and see what I'm talking about).

Straddling LA and SF come The Blank Tapes on Oakland-based record label Antenna Farm. This is a deep, hot summer theme and this take has the added bonus of being a Jam In The Van performance.