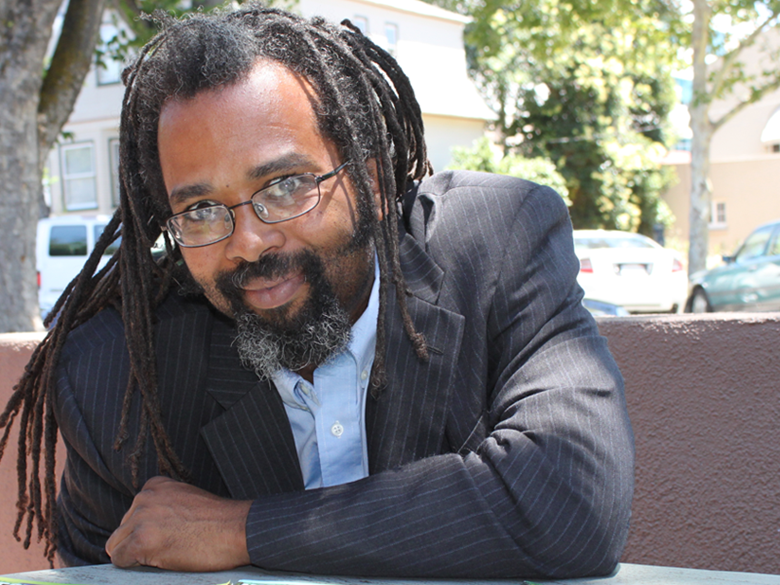 Meet Ngaio Bealum (Ngaio420 on every social media network ever). He's a Sacramento comic, Sac News & Review columnist and knows more than or two about music. From Peru to Oakland, from miners to post-punk artists, Ngaio brings us disco funk and country. Hit the play button at the top for the full conversation and music. If you just want to jump track to track check the player below. This segment debuted during Blue Dog Jam back in May.

"Maybe I can get my thoughts provoked while I'm shakin' my ass." Ngaio on consious thought in pop music.

He hosts a monthly show at The Momo Lounge, put out a CD and has made several appearances on The Sarah Silverman Program. As his moniker suggests Ngaio knows from weed. He’s made something of a career of it. Type N-G-A-I-O into any search engine, you're bombarded with videos of him performing Festivals/Protestivals all over the country.

If you have qualms about pot and/or drug use, the video below is full of that stuff.