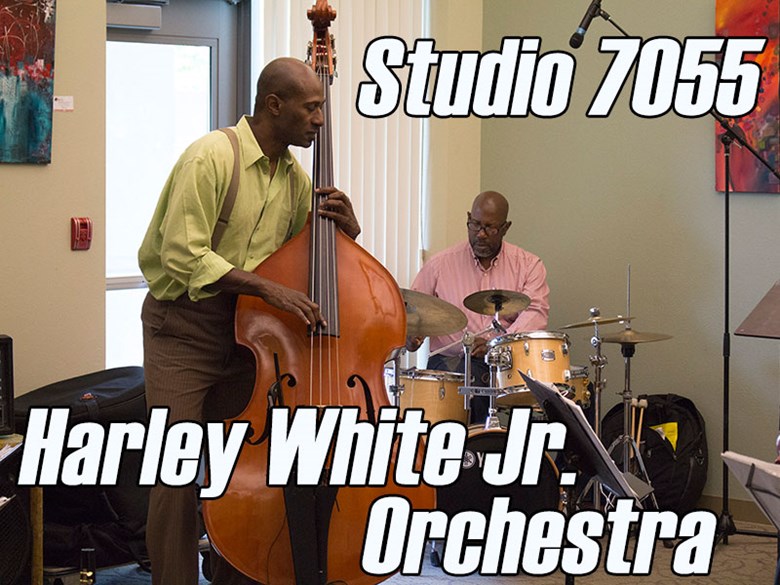 Thin, sharp dressed, direct. Harley White Jr. doesn’t waste time when he arrives for the recording. He asks to see our piano. It’s a horrendous machine, out of tune for years. He wants it.

The day’s session doubles as a rehearsal for the 10-piece band. Listen close near the three-minute mark of “Untitled” and you’ll hear White directing.

White has been leading the group for six years and this current iteration is the most stable of that time. The most recent addition was Jason Galbraith who has been in the group just over two years. The two who have worked together the longest are White and pianist Clark Goodloe. 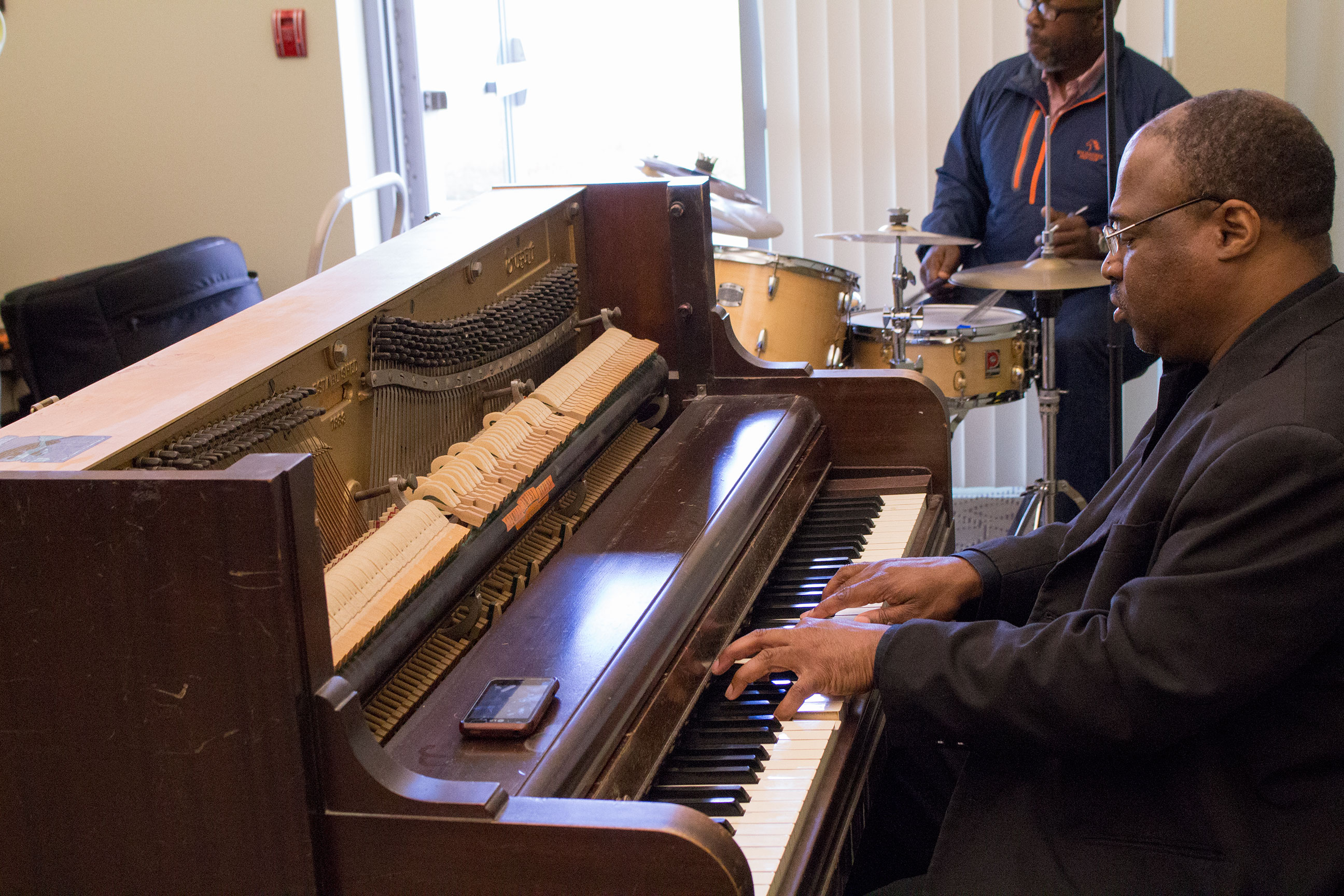 Compare the terms “orchestra” and “band.” The former has a few powerful connotations over the latter: A big sound, many musicians to manage. Why does White gravitate toward Basie more than Miles?

“As much as I like to get it all together…I like to get it together so it can be loose. I like the team aspect of it. The best music is when people are listening to each other so I like that, the feel of the ensemble.”

As for the members of his band, White has a bright crew even when you don’t factor in their musicianship.

“A lot of my guys have advanced degrees," explained White. "One guy’s got a degree in public transportation. One of my cats has a degree in microbiology. Very talented individuals beyond just their instruments.” 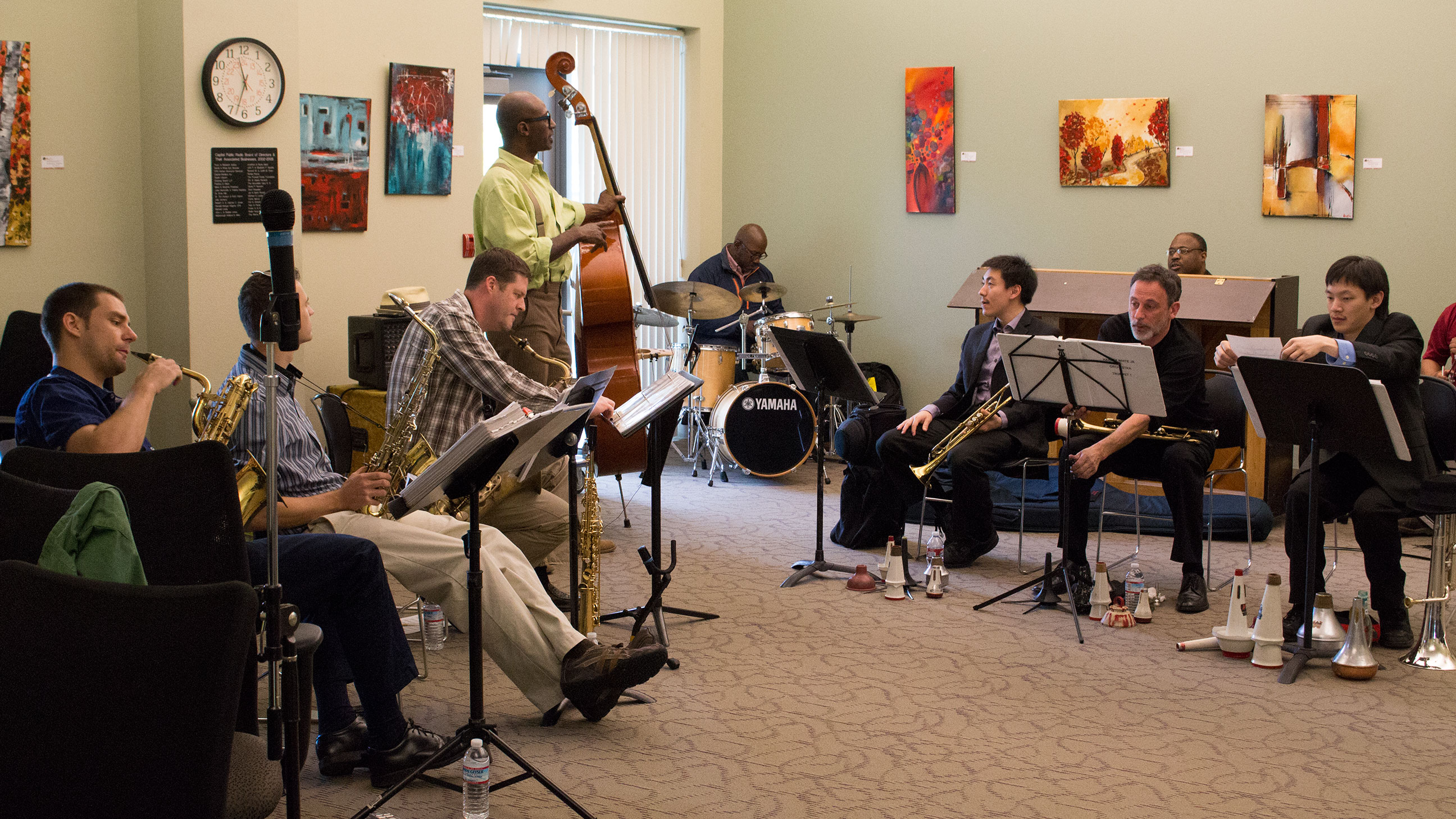 The track “Dry Spell” is one of my favorites from this session. Byron Colburn leads us on baritone sax. After about 30 seconds the dam breaks with trumpet stings and fleshed out alto sax parts. Oh, and that piano I mentioned earlier? Clark tuned it as much as any human could. The results shine as his staccato stabs give way to a samba flavor.

Horns of the Golden Ram

Harley collaborates and adapts. His latest endeavor is a nine-part work called Horns of the Golden Ram. The recordings have inspired a hard-boiled detective story, currently being co-written by White and Steve Archer. It will be printed as a graphic novel.

Set in 1920’s Sacramento, HotGR (take that, GoT) is the story of detective, Skip White, and two mythical instruments that when brought together have magical power. It’s a mix of many talents from many people, Harley and his band of course, and illustrator Avery King.

White tells me the project will also explore the themes of reintegration to society by WWI vets, contributions to American culture by Chinese immigrants and First Tribes, environmentalism and the restorative power of music.

Harley is drawing on a good amount of history local and musical for this project.

Check out The Harley White Jr. Orchestra this summer at the Shady Lady Saloon (R and 14th Streets) in downton Sacramento.


More from the Harley White Jr. Orchestra around the web: