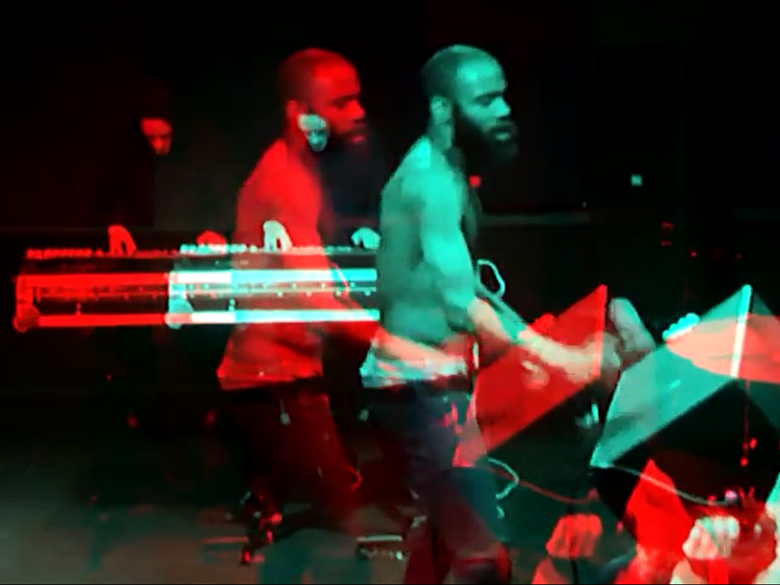 *CONTENT ADVISORY*
Swear words abound throughout the new Death Grips album. If you’re sensitive to that sort of salty talk, proceed with caution.

No marketing blitz, no warning. It’s the hallmark of everything we’ve come to hear from Death Grips. The Sacto thrash rap/art rap/punk rap/insert your genre trio dropped their latest collection niggas on the moon with no warning Sunday night and the The Internet Hivemind took care of spreading the band’s doom gospel this morning.

After leaving no bridges left to burn at Epic, becoming no-show poster boys at live gigs from Sacramento to Chicago, abandoning Twitter, returning under a different name, readopting their original tag then disappearing again, it seems the only way left for Death Grips to surprise us is by telling us what they’re planning for future…which they did on their website.

Bjork spoke out about the project earlier today and the Icelandic art pop icon couldn’t be more pleased:

Death Grips will be on tour with Nine Inch Nails and Soundgarden starting this July.