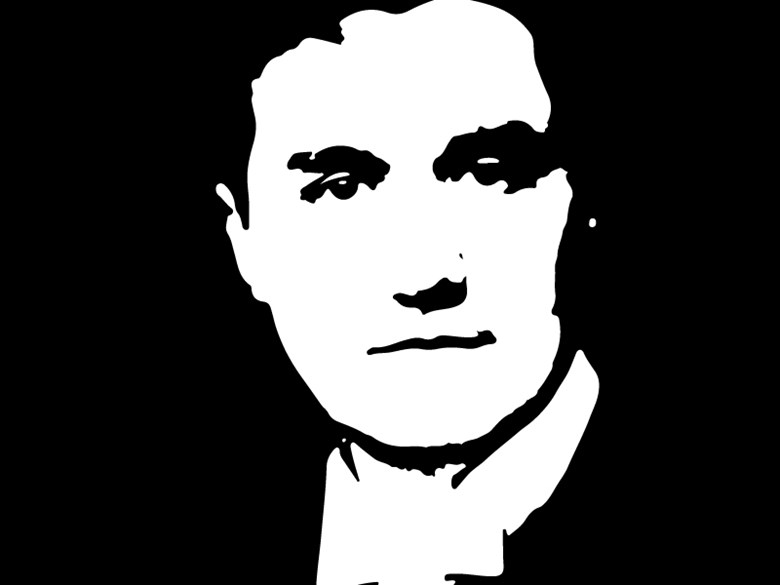 August will mark 100 years since the beginning of WWI. This series examines the wartime experiences of the eras most gifted musical personalities.

No one throws a “going out of business” party like Europe does. The 19th century was an unprecedented era of ascendancy and dominance by European powers.  They kicked off the 20th century by burning the whole structure to the ground in a conflict that would later earn the unfortunate designation of “the first world war,” and this August marks one-hundred years since the first shots were fired.  The world had never before seen destruction on such a grand scale, and it had a stultifying effect on the human spirit. For all intents and purposes, music ceased to be made during the war. Death on an unimaginable scale has a funny way of stealing one’s mojo.

Like most rank-and-file Europeans, composer Ralph Vaughan Williams did not see the war coming. Even as the continent’s powers began to ratchet up their military machines, Williams was busy working out “The Lark Ascending;” a piece so uplifting and peaceful that it positively buoys the soul. Soon, he would be swept up in the dark current of human events; the undertow grabbing at his ankles, longing to pull him under.

At the age of 42, Williams was determined to risk his life in defense of England. Despite the fact that he was well over the maximum age limit for soldiers, the military accepted Williams. He was given the rank of sergeant and stashed away, far from the possibility of combat, with a special constabulary unit in Chelsea.  Determined to make a larger contribution to the war effort, Williams immediately volunteered for the Royal Army Medical Corps. Having already established himself as a respected composer, Williams could have used his considerable influence to secure a cherry position. He chose the rank of private when he was transferred to a field ambulance unit in London.

Williams’s unit trained in the neighborhood of Stonehenge, on the Salisbury Plain. The regimen was physically demanding, especially for a man of 42, but Williams managed to get through with a certain amount of élan, quickly making friends with the younger soldiers and performing even the lowliest camp duties with a smile on his face.

After his unit was transferred to Dorking, England, Williams did his best to help morale, organizing camp concerts and a military band. He also helped form a choir and a handful of smaller ensembles, and was known to mischievously improvise voluntaries on music hall songs while playing organ at unit church services.

Williams passed two years in this way. News from the front was progressively grim, and the arthritis that afflicted Williams’ wife worsened to a debilitating point. The darkness of the times penetrated Williams, and he developed writer’s block, producing no new works of any kind. Only his conversations with his good friend Gustav Holst, who was too fragile for war (even in dire times), kept his spirits from flat lining.

In June of 1916, Williams’ unit was finally posted to France. On the eve of his departure, he wrote Holst:

“We are on the eve—all packed and ready—I can’t say more.  Write to me occasionally, my wife will give you the Address.

...I feel that perhaps after the war England will be a better place for music than before—largely because we shan’t be able to buy expensive performers like we did.”

To describe the conditions of the Western Front as it was when Williams arrived invites hyperbole.  The trenches were filled with stinking mud and human waste.  Bodies of fallen soldiers were often left there for long periods, with no break in the shelling that might allow their proper removal. For miles in both directions, the front was a desolate moonscape, perforated with craters flooded with water and big enough to swallow a horse.  The air was constantly filled with the screams of artillery and of the wounded and dying.  As an ambulance orderly, Williams got more than his share of the latter.

In 1917, Williams received the news that several of his former pupils and colleagues had been killed in combat.  He was especially affected by the death of George Butterworth—one of his generations most promising musical talents—who served bravely, and was awarded the Military Cross shortly before being shot by a sniper in the Somme.  Williams wrote his friend Holst:

“I sometimes dread coming back to normal life with so many gaps—especially of course George Butterworth—he has left most of his manuscripts to me--& now I hear that [Bevis] Ellis is killed...I sometimes think that it is wrong to have made friends with people much younger than oneself—because soon there will be only the middle-aged left--& I have got out of touch with most of my contemporary friends—but then there is always you & thank heaven we have never got out of touch.” 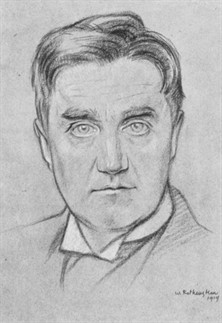 Following his mirthless circuit from battlefield to hospital to battlefield, ad infinitum, Williams began dreaming of, and longing for, England. Not “lambkins frisking, as most people take for granted,” as he put it, but an internalized England of the mind; the poems of George Herbert; the mystical writings of Bunyan and Blake; the sylvan landscapes of Samuel Palmer. It was in this state of mind that Williams’ ambulance, on an otherwise inauspicious evening, crested a steep hill, suddenly bringing into view what Williams described as “a Corot-like landscape in the Sunset.” It was this incident, along with another when he heard a lone bugle call rising from battle that struck him as the epitome of loneliness and longing, that Williams credited for reigniting his creative desire.  In the midst of chaos, Williams managed a feat that very few of his peers could: writing music at the front.  Still serving in the ambulance unit, Williams began to sketch parts for what would become his third symphony.  In doing so, Williams achieved a sort of personal victory while swimming in an ocean of loss, but the war was far from over, and Mars was not through with Ralph Vaughan Williams.  Soon the powers that were would pluck him up from the fields of Flanders, feeling that an individual of his abilities was being wasted as a mere ambulance orderly.