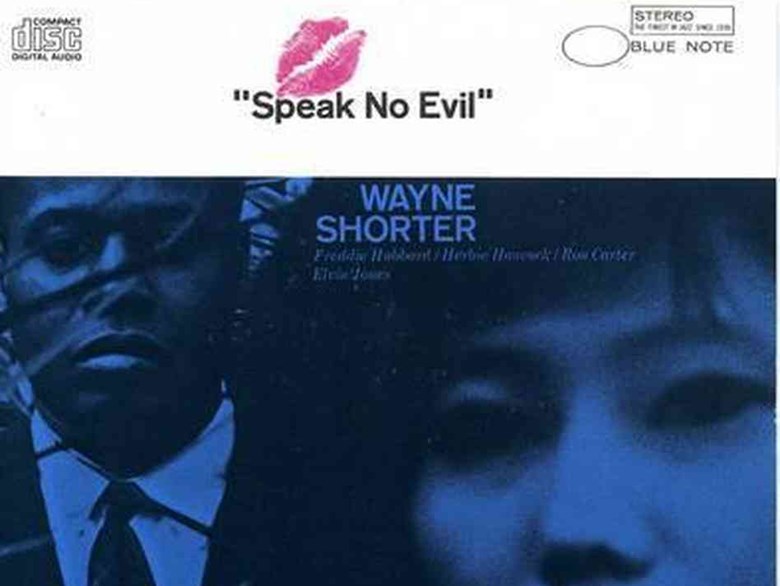 “We need a catchy name for our new jazz blog. You’re the Jazz Music Director; can you come up with something?”

“Is tomorrow too soon?”

I put on my thinking cap. Since NPR successfully launched A Blog Supreme, inspired by Coltrane’s “A Love Supreme,” I went into our jazz database searching for iconic compositions, trying to come up with a title that would reflect a statement of identity for the 30 plus years of Excellence In Jazz we’ve delivered to our listeners, plus a possible philosophy of what we planned to offer in the years to come. Eddie Harris’ “Listen Here” was considered, as well as Trane’s “Ascension” and “Giant Steps.” Then we thought about pianist George Cables’ “Quite Fire” and Freddie Hubbard’s “The Melting Pot.”

I ran all these possibilities by my trusted colleague, Devin Yamanaka. Every music director needs a second set of ears for those times when you’re considering adding a song to the rotation, but something is holding you back. Devin has been of immense value in helping me establish a database of over 2,000 classic compositions. While she liked many of the above mentioned titles, something about Wayne Shorter’s classic Blue Note date from 1964 rang true for both of us.

Miles Davis’ Kind Of Blue is universally recognized as a magical, iconic date in which something special happened that kept listeners coming back (and buying it) year after year. Kind of Blue had strong modal elements, fertile improvisation, melodic content, and it swung. Although it never sold as well, I’ve always considered Wayne Shorter’s Speak No Evil to have a status of similar dimensions. Recorded on Christmas Eve in 1964, this was Wayne’s third album for Alfred Lion’s Blue Note label (Night Dreamer was recorded in April and Juju in August of that same year).

Everything about Speak No Evil is classic. Even the photography and cover design by Reid Miles and the astute liner notes by Don Heckman serve notice that this record is a true gem.

“I was thinking,” Shorter tells Heckman in the notes, “of misty landscapes with wildflowers and strange, dimly-seen shapes – the kind of places where folklore and legends are born.” Even at this early age, Shorter showed his passion for dream interpretation, presaging his fascination with science fiction and the otherworld.

While some of Wayne’s compositions, including “Dance Cadaverous” and “Witch Hunt” have a haunting, dreamlike presence, the title composition, “Speak No Evil,” is cool, elegant, and timeless. On all six originals, Wayne uses an economy of sound, never trying to fit too many notes into a statement. When he solos he’s already conscious of using space, never rushing or trying to show off his chops. His exchanges with Freddie Hubbard on several tracks are remarkable in fluency and precision. Pianist Herbie Hancock also takes brilliant solos and the rhythm section of Hancock, Ron Carter and Elvin Jones fits Shorter like a glove. The flowing interaction between Carter and Jones is practically telepathic.

All throughout the ‘60’s, Wayne Shorter composed music like a man possessed.  He contributed to the bands of Art Blakey and Miles Davis, not only as a fine soloist, but as a composer of considerable merit. Concurrent with his residency in Miles’ band, Wayne’s luminous compositions made for many classic Blue Note dates as a leader, always with sidemen of commensurate abilities. Juju, Adams’s Apple, and Schizophrenia all showed off Wayne’s fountain of compositional creativity, but somehow Speak No Evil continues to stand out as something special. I’ve listened to the 42-minutes and six songs of bliss several times and I’ve never been tempted to skip ahead to the next track. From “Witch Hunt” to “Wild Flower,” this record is a timeless gem that continues to sound as fresh as the day it was recorded.

When I served as the Los Angeles correspondent for Down Beat Magazine in the ‘70’s, I preferred writing artist profiles over reviewing concerts. I wanted to promote the artists, rather than pick their music apart. As guitarist Pat Martino once told me, “Praise doesn’t make art better, just as criticism doesn’t make it worse.” Duke Ellington was never as concerned with the critics as he was with the public. The public, after all, buys the tickets; the critics want to be comped.

We want to keep the tone of Speak No Evil: A Jazz Blog on a positive vibe; reflecting what’s going on in the world of jazz. Since jazz is practiced and celebrated worldwide, we’ll continue to reverberate with a global perspective, while also recognizing the local and bay area scene.  You can look forward to interviews with jazz greats, previews of upcoming concerts and events, trends from around the world, treasures from Vercelli’s vault and Conley’s cave, links to important sites, and the picks and preferences of our talented jazz staff. Be sure to let us know how we’re doing and chime in with ideas of your own!