California’s Central Valley hosts millions of migrating shorebirds. It’s a critical stopping point on migration route that runs thousands of miles. But the drought could make it difficult for birds to find a haven. Even the usual refuges won’t have all the water the birds need. One environmental group has teamed up with farmers to create temporary wetlands. But the drought could make even that program difficult. 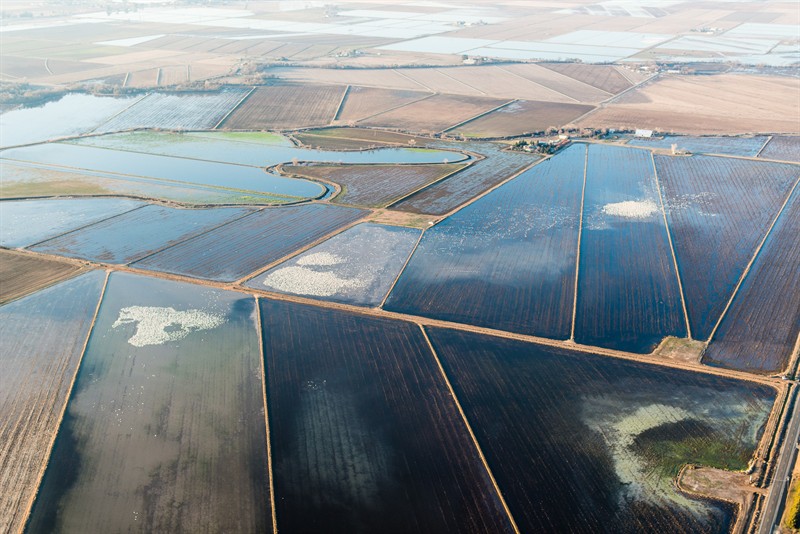 It’s fairly quiet this time of year in the wetlands of the Sacramento Valley. Just a few birds and waterfowl roam the area. But later this year, millions of birds will make this area home. Greg Golet, an ecologist with the Nature Conservancy, says California is an important stop in the Pacific Flyway.

“The Pacific Flyway stretches from the Arctic down to and beyond the tip of South America depending on what species you’re talking about and it’s an area that has important habitat all along it.”

But since California was settled, the valley has lost about 95 percent of its wetland habitat – much of it to agriculture. Sandi Matsumoto is in charge of a project with the Nature Conservancy to bring back habitat in those very farm fields. It’s called Bird Returns, and it starts in rice fields.

“It’s sort of overlaying a bird calendar and a rice farming calendar and identifying those opportunity windows when we match up and become compatible with each other and then working with the farmers to get to the conditions that we really need.”

Rice farmers typically flood their fields to decompose stubble left over from harvest. Bird Returns goes a step further by paying farmers to keep their fields flooded at certain levels to attract certain kinds of birds.

“This is what they call the Butte Basin and it’s a very widely used bird habitat area,” explains rice farmer, Bill Stone, one of the 40 farmers who participated in the program this year. He says it seemed like a simple proposal.

"It could be happening at the right time after the duck season when there was some water in the fields that we could manage in accordance with their needs."

It turned out to be a little trickier…smaller shorebirds like less water, larger birds more. But a website called ebird helped determine exactly where to flood fields for the greatest success. Data collected on ebird comes from birders that record sightings and send it to the Cornell Lab of Ornithology. Brian Sullivan, the ebird project leader, says they were able to generate maps showing where virtually every species congregates in the wetlands.

“Through this collaboration with the Nature Conservancy we’re really for the first time seeing the data be used for on the ground conservation efforts that are directly impacting birds and bird habitat.”

In total, more than 10-thousand acres were flooded for the program. Greg Golet with the Nature Conservancy says they found more than 200-thousand birds and more than 50 species of waterfowl using their fields.

More importantly is what happened at the end of February when the drought started to dry up those fields. 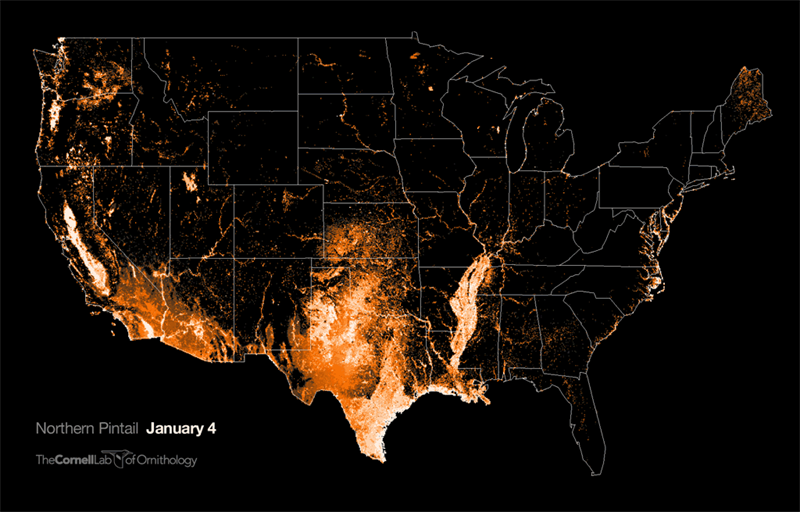 "What we had was really the only game in town and we saw the numbers of birds drop way off in these other fields that we were monitoring but in our fields it seemed like the numbers stayed constant or even increased."says Golet.

But the program in the future may become more difficult. Bill Stone says California’s drought has increased the cost for farmers to put water in their rice fields.

"This year it worked out, next year I don’t know if there’s going to be water available to do that. We can’t say we’re going to do 500 acres for you, we may not have any water."

Sandi Matsumoto with the Nature Conservancy says the effect of the drought will be significant.

"We risk becoming a real downfall on the entire flyway if we can’t deliver here in California in the winter, so the ramifications are pretty huge."

Matsumoto says even water to bird refuges has been cut back. California Governor Jerry Brown has revised his budget proposal to include improvements in water deliveries to refuges. Matsumoto says when there’s not enough water, birds crowd into fewer acres of habitat.

"If there are too many in one place at one time you get disease outbreaks and that can lead to massive die-offs and that’s the kind of thing where there’s a tipping point and you start to see hundreds if not thousands of animals dying in a short time," says Matsumoto. "Once that spiral has started it’s too late."

But Matsumoto remains hopeful that Bird Returns can help birds adapt to the changing conditions. That may be even more important this winter. Wet conditions in Canada have led to larger bird populations that will need more habitat in California as they migrate south. 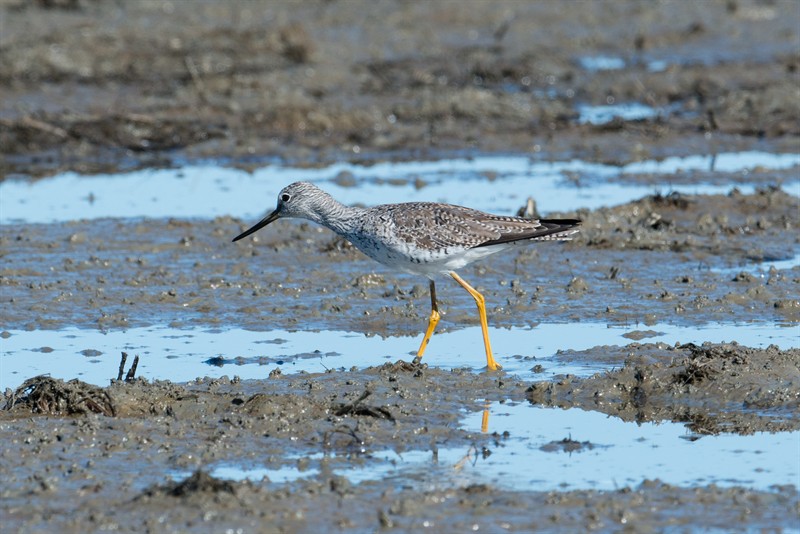