Kashkari Versus Donnelly - Who Will Face Brown In The Race For Governor?

This is Part 1 of a three-part series on the 2014 California governor's race.

It’s widely expected Governor Jerry Brown will win reelection in November. But there’s still a fierce battle to be the Republican who challenges him. Katie Orr takes a look at the two top contenders.

It’s lobbying season in Sacramento. Several times a week interests groups rally around the Capitol. The groups, often large and clad in brightly colored t-shirts, then head inside and converge on lawmakers’ offices in hopes of gaining support, and possibly money, for their cause.

On one day in late April, a smaller group gathers under the trees in Capitol Park. It’s a rally in opposition to California’s implementation of the Common Core education standards. Participants are holding signs with messages like “Vote to Save My Education” and “My Teacher Knows Best.” One of the rally’s main speakers is Assemblyman Tim Donnelly, a tea party Republican running for Governor.

This is how Donnelly operates, travelling around the state, talking to smaller groups of conservatives, trying to rally his base. Polls suggest the strategy may be working. The latest polls give Donnelly 17 percent of likely voters. That’s well above his main Republican competitor, Businessman Neel Kashkari, who comes in at two percent.

But, based on spring fundraising numbers, Donnelly is the dark horse. He had just $11,000 cash on hand. Kashkari had nearly $1 million. Kashkari has also been racking up endorsements, including one from Mitt Romney. But Donnelly doesn’t take those seriously.

“I mean, look at the people who endorsed him," Donnelly says while laughing. "We got a guy that lost a race that could have been won. So, who really cares who he’s endorsing for governor of the state of California?” 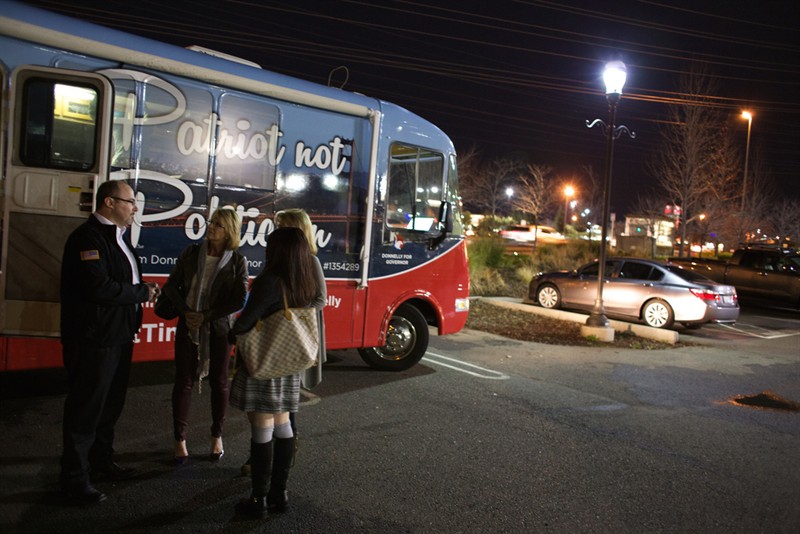 Kashkari’s camp thinks people care a lot, that the endorsements are a sign of national party support, and Donnelly doesn’t have it.

Their paths to the candidacy were very different.  Donnelly first became known for patrolling the US-Mexico border with his Minuteman group. Kashkari worked in the US treasury Department, and oversaw the US bank bailout, which began under the George W. Bush Administration.

Kashkari says his message is the message of the big tent Republicans.

“I am trying to rebuild the Republican Party around a positive, inclusive message. We are down to 28 percent of the electorate. We need to grow our party. I’m trying to reach out to every ethnic group, and I am, and say, you are welcome in our party. We want you here.” 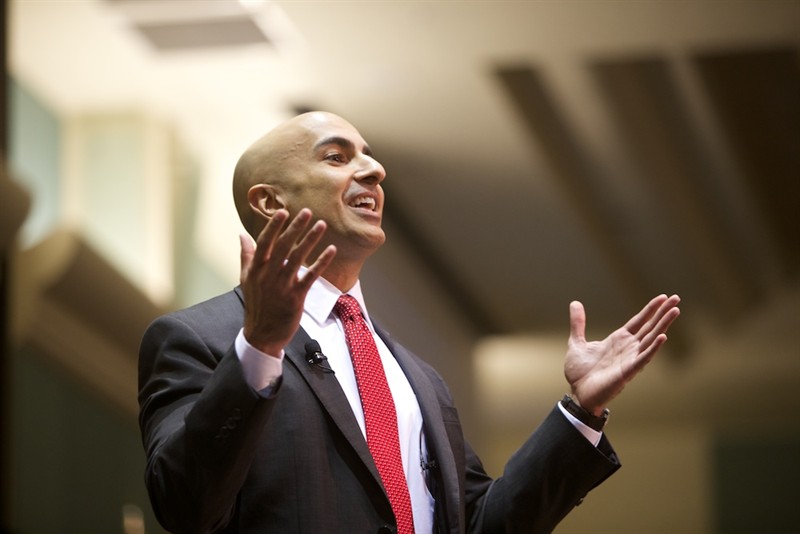 Although Donnelly and Kashkari differ on their strategy, Kashkari also wants to revamp the state’s education system. He has more moderate views on social issues and is focusing more on Democratic Governor Jerry Brown than on Donnelly.

“California families are struggling. My entire campaign is about rebuilding the middle class with good jobs and a good education. And I am going to force Jerry Brown to answer about what has happened to the middle class over the past 20 or 30 years.”

Donnelly insists moderation is the reason Republican voter registration has fallen so far. He cites a recent law regarding transgender school students as a reason conservatives need to take back control of California. And he’s concerned about the effort to revive affirmative action.

“If you work really hard somebody else can come in and check a color box and take your kid’s spot in college. You’ve got this bill that Jerry Brown signed to put boys in the girls’ bathroom and in their showers and on their sports teams.”

Sacramento State Political Science professor Kim Nalder suggests neither Donnelly nor Kashkari will ultimately be able to beat Brown, who has an apparently insurmountable lead in the polls. But she says Kashkari, not Donnelly, is the kind of candidate party leaders want representing Republicans.

"Donnelly represents the wing of the party that the leadership would like to really tamp down and deemphasize," Nalder says. "He’s the sort of person who, if he is the standard bearer for the party, will alienate moderates, liberals, independents, the sorts of people that they would like to attract going forward.”

Voters will decide who they would like in a few weeks. 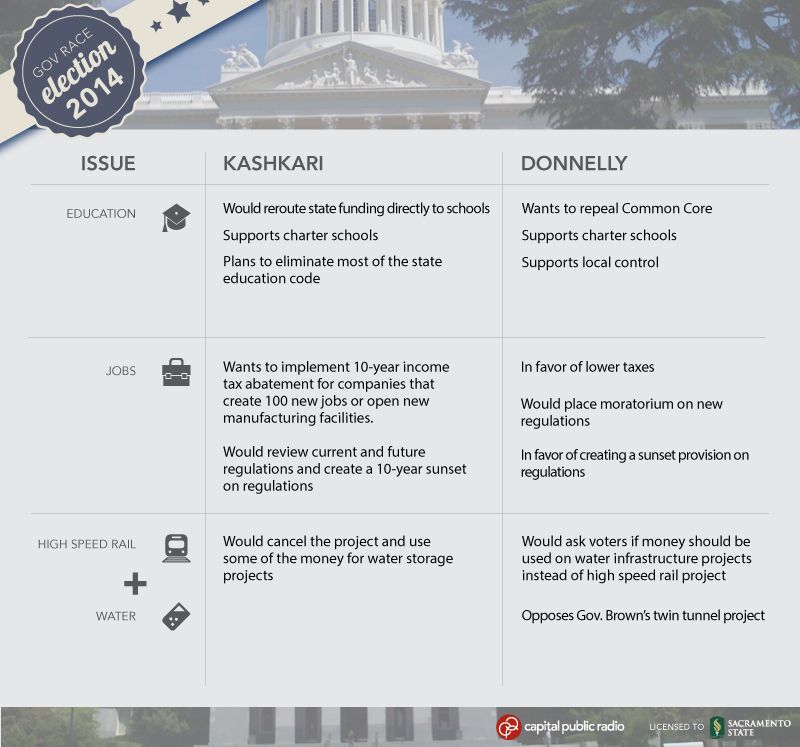