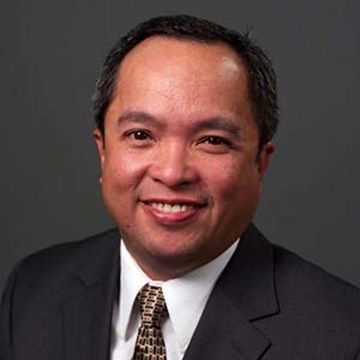 Jun began his professional career in the manufacturing and thermoplastics industries working in various capacities including marketing, operations, and general management. In 2000, Jun crossed over from the dark side and joined the non-profit industry as the Finance and Systems Administrator for the World Affairs Council of Northern California based in San Francisco.

Jun found his way into the world of public broadcasting in 2007 when he joined Capital Public Radio, Inc. He served as CFO from 2007-2012 before being promoted to COO/CFO. During this time, Jun helped CapRadio maintain financial stability while growing from a 45-person organization to the 75-person organization that it is today, which now includes seven broadcast stations serving Northern California and western Nevada. Recently, Jun played an instrumental role in the planned expansion to a new downtown headquarters and a partnership with North State Public Radio that serves the Chico and Redding areas.

Born and raised in the Philippines, Jun attended the Ateneo de Manila University and graduated with a degree in the University's Honors Program in Management. He is also an Executive Scholar at Northwestern University's Kellogg School of Management — Center for Non-Profit Management.

Jun was named CFO of the Year Honoree in 2014 by the Sacramento Business Journal. He is active on boards of Sacramento-area nonprofit and arts organizations and is a Senior Fellow of the American Leadership Forum – MVC.