Covered California says people who start a health insurance application through the exchange by March 31, will have until April 15 to finish the paperwork.

“Tuesday, we saw more accounts opened than any day, including at the peak of December when we saw a lot of enrollment," says Lee. "We saw in the first two days of this week, on Monday and Tuesday, more than 39,000 people that went all the way through to plan selection. That’s more people than enrolled or selected a plan in the entire month of October.”

Lee says high traffic is slowing down the website. He recommends getting in-person help from an enrollment counselor or insurance agent.

Uninsured people who miss this week’s deadline will have to wait until next year to get insurance, and may face a tax penalty.

Covered California says it’s allowing people an extra couple of weeks to finish enrolling if they start their application by this March 31. 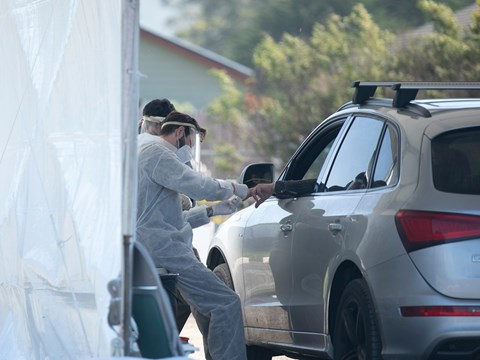 COVID-19 Tests Hard To Get In Some California Counties As Rising Demand, Supply Shortages Strain Capacity