This story is part of a collaboration with the Food & Environment Reporting Network, an independent, nonprofit news organization producing in-depth reporting on food, agriculture, and environmental health. Read their companion story for Sunset magazine.

The debate over fracking is beginning to take center stage.

More than 1,000 protestors from around California came to the state Capitol in mid-March with one goal: make politicians ban fracking.

“We are the citizens they are supposed to protect, are you paying attention Governor Brown?” says Latrice Carter, from the Los Angeles County city of Carson during the protest. 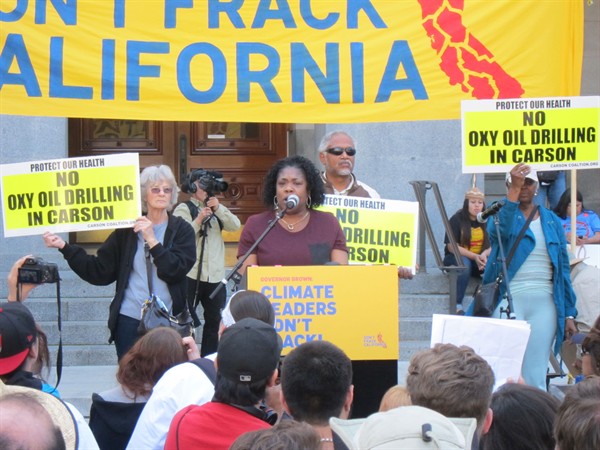 (Latrice Carter of Carson California at anti-fracking rally in Sacramento)

“All you guys who like to make noise, just listen, a moment," said Brown during his speech that focused on climate change. "Californians and most of you included are driving over 330 billion miles a year, 99 percent is fossil fuel.”

Brown has angered some environmentalists for not imposing a moratorium on fracking, which injects sand, water and chemicals underground to fracture rocks and release oil.

But he has signed legislation that puts more regulations in place for the industry. 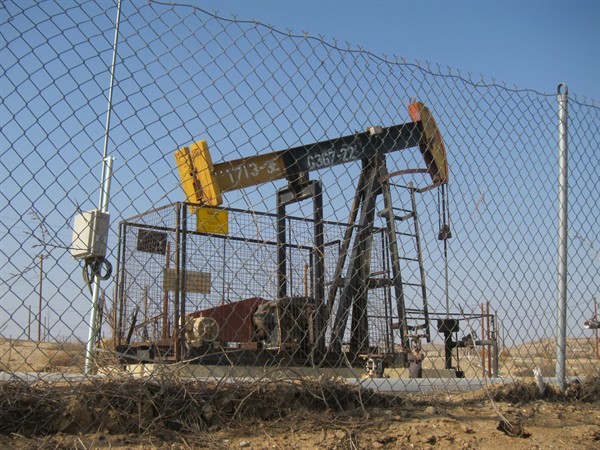 “We think these are the most comprehensive, strictest regulations in the country for the technology of hydraulic fracturing,” says Tupper Hull is with Western States Petroleum Association.

Up until a few years ago, the California Division of Oil and Gas and Geothermal Resources focused primarily on reviewing well design. It didn’t know the location or how many of the more than 54,000 active oil and gas wells companies were fracking. 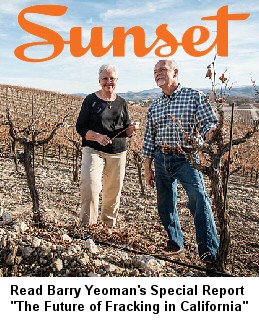 Groundwater monitoring will be required before, during and after fracking. Operators will notify neighbors within 1500 feet of a well head 30 days prior to the start of fracking and will receive a copy of a permit that lists chemicals used and their volumes.

Brian Nowicki with the Center for Biological Diversity says that may sound more comprehensive than it really is.

“The proposed regulations take the narrowest and most oil industry-friendly approach possible as allowed under the law," says Nowicki. "In so doing they allow for this increase in fracking and the expansion of fracking across our state."

Nowicki says regulators are relying on other agencies to monitor air pollutants and water contamination.

He says the regulations also don’t restrict how much water is used in the process, nor do they deal with seismic risk.

“The only way forward right now for the state to truly protect California’s assets our people our climate, our air and water is to halt fracking,” says Nowicki.

Jason Marshall who oversees the state’s oil division says since January of this year, oil companies have submitted about 100 applications for well stimulation.

“There haven’t been a lot that have actually met the threshold for providing a groundwater monitoring plan where one is needed," says Marshall. "I think there’s somewhere in the vicinity of 30 well stimulation applications that have been approved since January."

Environmentalists say there are just too many unknowns about fracking and the risks it poses.

Another bill to halt fracking is proposed this legislative session.

Latrice Carter of Carson marches with other anti-fracking protestors around the Capitol. Until recently, Occidental Petroleum had plans to drill more than 200 new wells in Carson.

But last week the city approved a 45-day moratorium on all new oil and gas drilling. She says the best way to halt fracking may come from the local level.

“Sometimes you can’t run, you have to fight and so that’s what we’re doing,” says Carter.

Currently interim regulations on fracking are in place. Permanent regulations for the oil industry begin on January 1, 2015.

Interactive Map Of Hydraulic Fracturing Sites in the U.S. 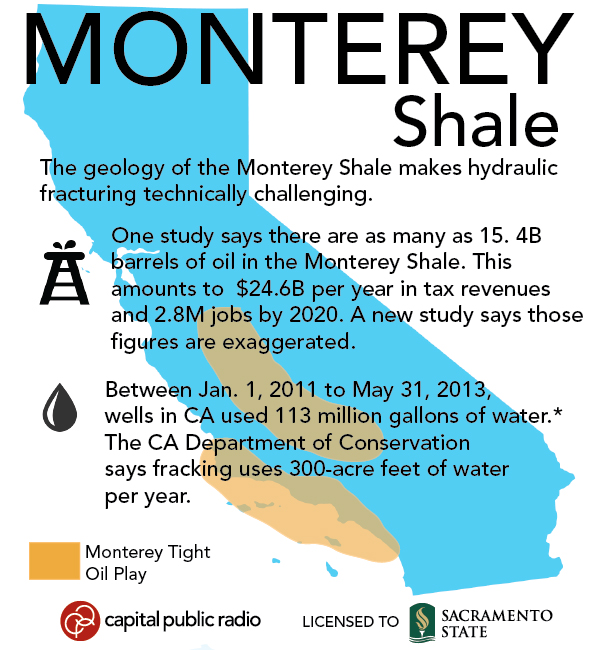 Source: Drilling California: A Reality Check on the Monterey Shale by J. David Hughes in association with Post Carbon Institute and Physicians Scientists & Engineers for Health Energy
*Source: Hydraulic Fracturing & Water Stress: Water Demand by the Numbers. This study was conducted by Ceres, a nonprofit organization.
**The California Department of Conservation figure is based on data provided by oil companies.
Follow us for more stories like this

This story was reported in collaboration with