Lubow Jowa is president of the Sacramento-based Ukrainian Heritage Club of Northern California. Jowa says she's concerned about relatives still living in Ukraine and believes the violence will escalate.

"In fact, I really think it might become a civil war if not already because it's not just in, we say 'Keev' (Kiev) not 'Kee-EV,' that's the Russian pronunciation for the capital of Ukraine, it's actually progressed to the local regional capitals," says Jowa.

On Tuesday, at least 25 people were killed in clashes between protesters and police. It was the deadliest day since pro-Western demonstrators took to the streets last fall to protest the pro-Russian president's decision not to sign a trade deal with the European Union.

As protesters die in the streets of Kiev, Ukrainians living in the United States are calling for a stronger response by the U.S. and the European Union.

"The present administration in Ukraine is really a very corrupt one and they have a lot of their wealth in overseas banks. And so we feel that any kind of sanctions or even freezing of these accounts would really hurt the government much more than the average person and probably the majority of people in Ukraine."

Jowa says people in the community are disheartened that Ukrainians are dying because they want freedom. She estimates that about 100,000 or more immigrants from the former Soviet Union are currently living in the Sacramento area. 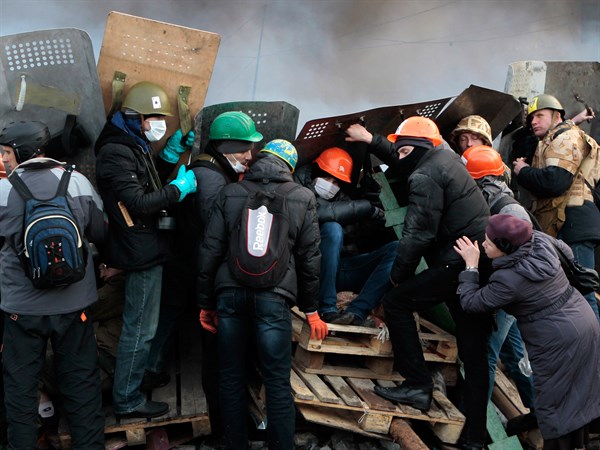