Are California’s Hispanic Serving Institutions living up to their name?

“La Memoria de la Tierra,” a mural created by Judith Baca, resides on the north side of Ackerman Union at UCLA in Los Angeles on Nov. 9, 2022. UCLA aims to become a Hispanic Serving Institution by 2025.

As a senior in high school, Ashley Chetla hoped to find a college where she felt supported – not only as a student, but as a Latina. Chetla enrolled at Cal State Los Angeles, drawn to the university’s status as a Hispanic Serving Institution.

“I knew that most of Cal State LA was primarily Latino and Hispanic, and that’s why I actually chose to go there,” said Chetla, now a fourth-year sociology student. “I wanted to feel like I belonged there.”

But Chetla’s time at an HSI has fallen short of her expectations. When she sought academic advising, she said, she was instructed to simply follow the checklist of courses for her major. When she looked into mental health counseling, she said, she could only find two Latino therapists on campus. And she has yet to take a class from a Latino professor.

While the university takes pride in its HSI status, she said, it has a long way to go in serving its Latino students.

There were 174 Hispanic Serving Institutions in California as of the 2020-21 school year, more than in any other state. The designation, first recognized in the Higher Education Act of 1992, allows colleges and universities to apply for federal grants supporting students in areas from financial literacy to academic counseling. The status is purely numbers-based; HSIs must enroll an undergraduate population that is at least 25% Hispanic and have a high proportion of low-income students.

But some researchers, advocates and students say the HSI designation is not synonymous with specifically meeting the needs of Latino students. Because universities aren’t required to use their grants on projects that specifically benefit Latino students, they say, a divide has emerged between universities that simply enroll high numbers of Latinos and those that intentionally serve that population. Some are pushing for the HSI label to take on more meaning.

“We in California have one of the largest sets of HSIs in the country. I would love to say that that is all driven with intentionality, but it’s not,” said Audrey Dow, senior vice president at The Campaign for College Opportunity. “A lot of the designations are really a function of demographic shifts in California.”

The ranks of Hispanic Serving Institutions in California are growing: Currently, HSIs enroll almost 90% of the state’s Latino undergraduate population and have received more than $637 million in federal grants since 1995, according to Excelencia in Education, a nonprofit organization dedicated to supporting Latino students in higher education. Yet inequalities in educational attainment persist, with only 13% of Latino adults in California holding a bachelor’s degree compared to the statewide average of 34%. 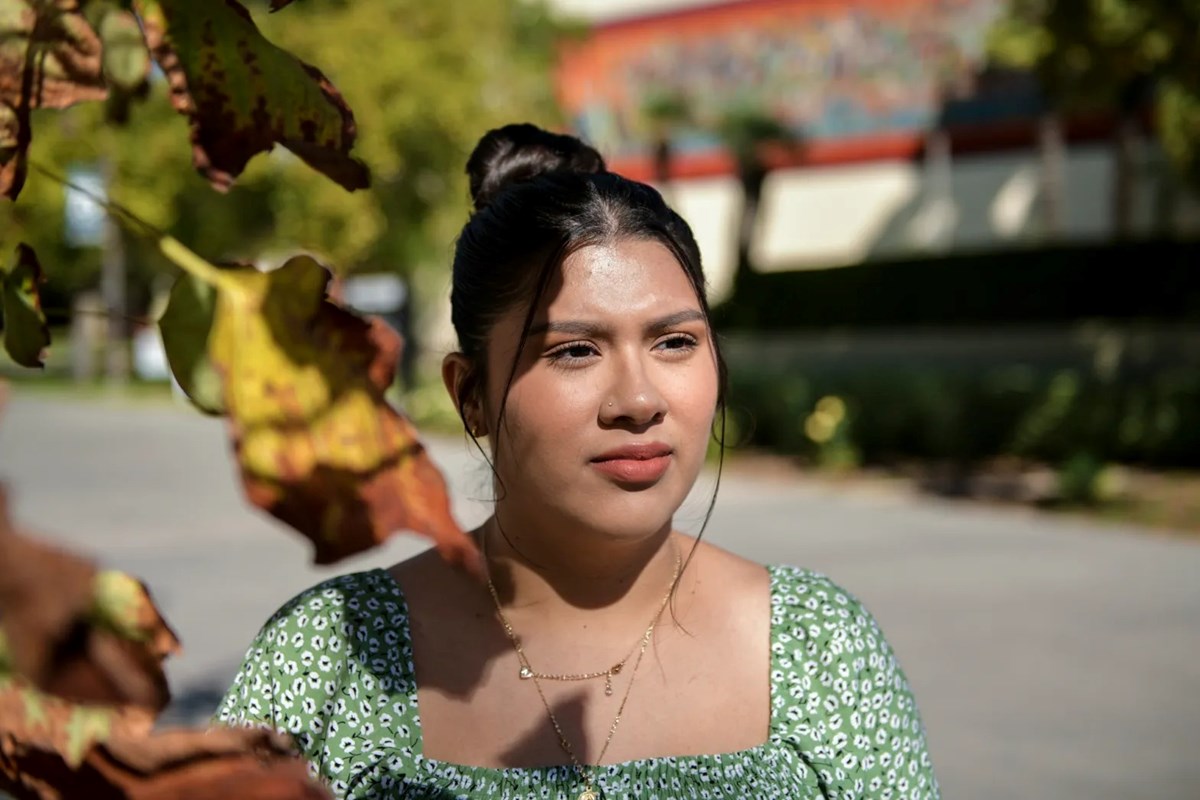 Ashley Chetla, who is majoring in sociology and minoring in psychology, at Cal State Los Angeles on Oct. 25, 2022.Pablo Unzueta / CalMatters
Follow us for more stories like this