Assault weapons, multiple high-capacity magazines, pistols, and other weapons seized from the home of homicide suspect Vu Thai, who was arrested June 5, 2022, in connection with a fatal shooting in San Jose.

There were four more requests for gun violence restraining orders on Jeff Brooker’s desk when he arrived at the San Diego City Attorney’s Office that July morning.

Officers had responded to a minor car crash at a mall where the driver, who carried a replica firearm, was rambling delusionally and threatening to kill the “one-percenters” and a public official. Another man, during an argument outside a family member’s home, had pulled a gun out of his waistband and pointed it at someone’s head as several others looked on.

It was not an unusual number of new cases for the department’s eight-member gun violence restraining order unit, which Brooker oversees. In an average week, they triage 30 referrals from local police, reviewing scenarios in which officers believe a resident is at risk of committing gun violence.

About a third of the time — in those instances when the person clearly poses a danger to themselves or others, and they aren’t already prohibited from possessing weapons for another reason — the office will petition a judge to temporarily seize their firearms, under a six-year-old California statute that was among the country’s first “red flag” laws.

More than 1,250 times since the end of 2017, when San Diego City Attorney Mara Elliott launched the pioneering unit, Brooker’s team has successfully filed a gun violence restraining order, leading to the seizure, as of April, of nearly 1,600 firearms from 865 people — far more than any other agency in the state. An estimated one-third of the weapons, most of which are handguns, have since been returned to the owners.

“Do you believe this person should have a gun? Your own sense is the best test,” said Brooker, who employs a cable television thought experiment to illustrate how he tries to depoliticize the highly charged red flag law: If a case hypothetically turns into a major news story, how might it be covered by both liberal MSNBC host Rachel Maddow and conservative Fox News anchor Sean Hannity?

“If this is a case they can agree on, this is the kind of case we’re going to file,” Brooker said.

These red flag laws, touted by advocates as one of the best tools available to prevent gun violence, received a renewed push this summer after a mass shooting at an elementary school in Uvalde, Texas, left 19 students and two teachers dead.

Congress responded by passing rare gun safety legislation, with bipartisan support, that could provide hundreds of millions of dollars to help states adopt or expand their own red flag laws. Nineteen states and the District of Columbia already have laws, but a recent analysis by the Associated Press found that many of those are barely used.

In California, which ranked seventh in number of cases per capita, San Diego has been a model.

With many jurisdictions still slow to adopt the use of gun violence restraining orders, the Governor’s Office of Emergency Services announced in July that it would provide $1 million to the San Diego City Attorney’s Office to expand its training efforts to other law enforcement groups.

“We must work together to make sure our gun safety and red flag laws are being used to protect our communities. They’re being underutilized,” Attorney General Rob Bonta said at a joint press conference with Elliott last month. “Others should take San Diego’s lead — be aggressive, use the tool that is there.”

While the California law allows police, close family members, housemates, employers, co-workers and school officials to seek a gun violence restraining order for someone they believe poses a danger to themselves or others, nearly all cases in the state are initiated by law enforcement. Assembly Bill 2870, now before Gov. Gavin Newsom, would expand the list of eligible petitioners to include more family members and people who are dating or share children with the gun owner.

A judge can immediately order the person to relinquish their guns and declare them ineligible to purchase firearms and ammunition for three weeks or, after a hearing, extend the ban to as long as five years. The person can then petition once a year to lift the order and have their weapons returned.

Under Elliott, San Diego has invested in its red flag program like nowhere else in California, with close coordination between the city attorney’s office and the police department to streamline the process for obtaining an order. Brooker’s team includes three attorneys, a paralegal, a legal secretary, a police officer and two retired police officers who work part-time as investigators, preparing cases for review.

Petitions for orders arrive around the clock, Brooker said. While police can obtain an emergency order directly from a judge to take someone’s firearms for 21 days, the city attorney’s office steps in to decide whether to pursue a longer-term seizure of a year or more. Brooker’s team is in court every morning filing paperwork and conducting hearings for new cases or existing orders that are expiring. 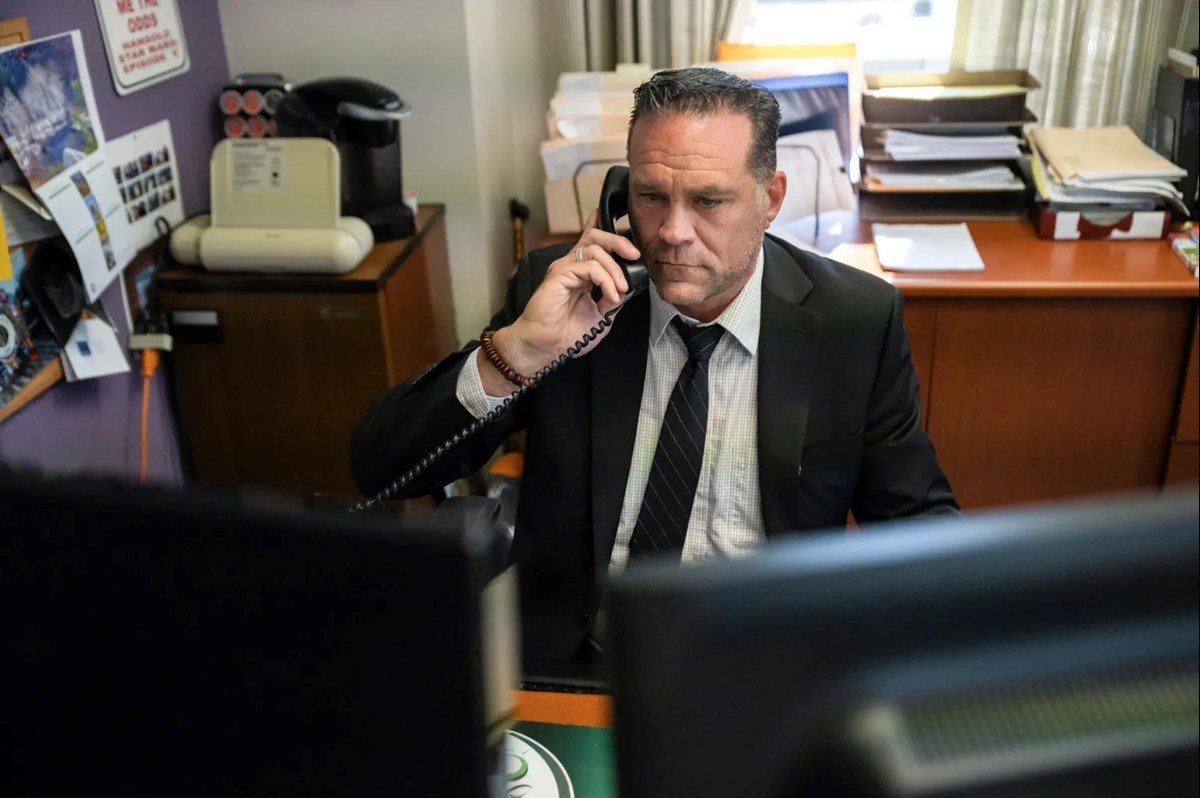 Jeffrey Brooker, the San Diego supervising deputy city attorney, works in his office in San Diego on July 13, 2022.Raquel Natalicchio / CalMatters
Follow us for more stories like this