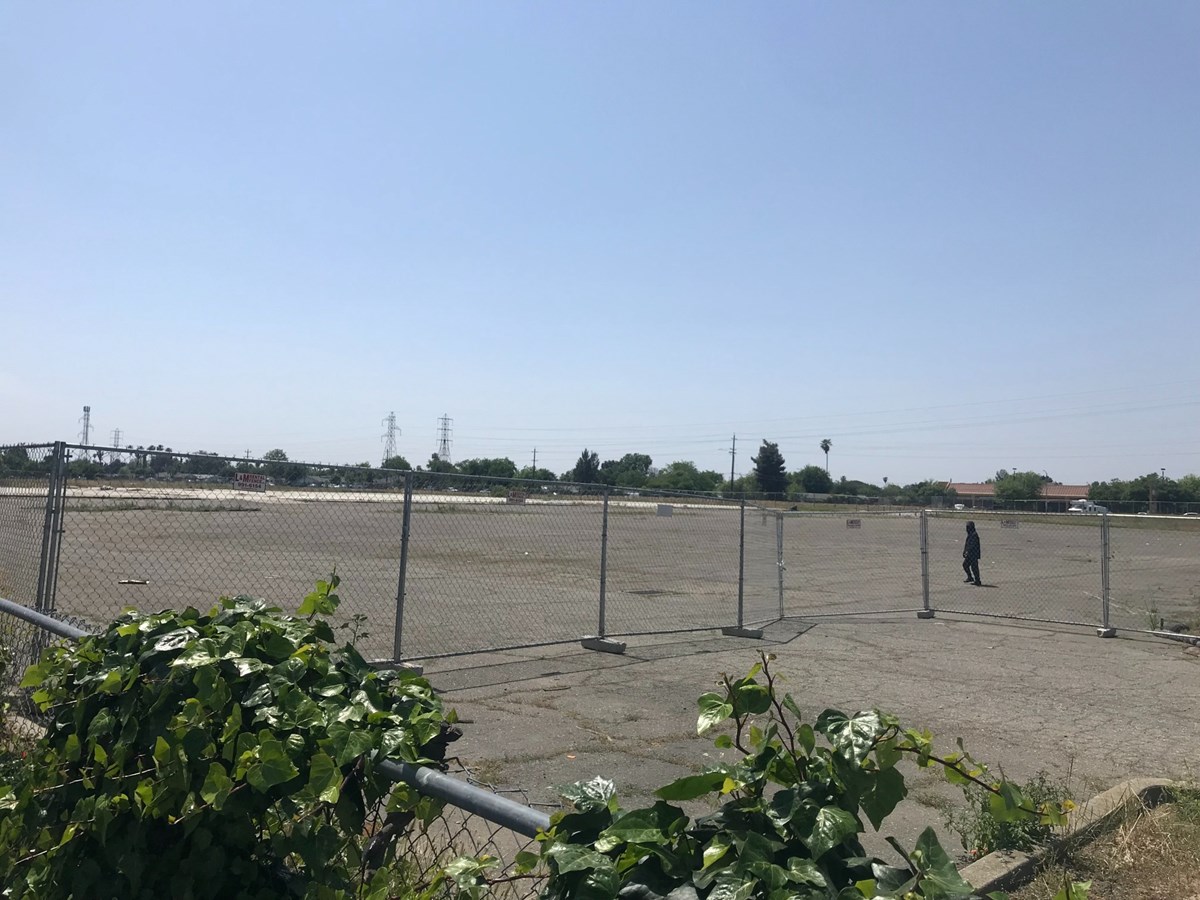 Sacramento County has proposed building up to 100 shed-sized tiny homes on an empty lot at the corner of Florin and Power Inn roads in South Sacramento. They would sit on the concrete pad of a demolished grocery store.

Sacramento County is moving forward with building a tiny home community for unhoused people in South Sacramento after the board of supervisors voted 3 to 2 on Wednesday.

The $7.6 million project will be the county’s first “Safe Stay Community,” providing 100 shed-sized private homes designed to offer greater privacy and security for the homeless people who move in. Unhoused residents often reject large group shelters due to unsanitary and unsafe conditions.

The greenlight for the project followed an April delay by the board and strong opposition from neighbors who said it was too large and would threaten the safety of children at a nearby church and daycare center.

“If we continue to put this off, we are going to pick up the newspaper this summer and we are going to see people dying on our streets in a civilized country from heat,” said Supervisor Patrick Kennedy, who represents the area. Kennedy was the lone vote in favor of the project at an April hearing.

The homes will be built at the site of a former grocery store at Florin and Power Inn roads.

More than two dozen neighbors spoke against the project both in April and again at this week’s hearing. Lan Luong, a mother of four, said the proposal was simply too large.

“If you were putting five members unhoused in our community this would not happen, we would not all be here,” Luong said, referring to her neighbors who packed the board’s chambers. “But you’re putting 125 in a spot across the street from my church where my kids are.”

Following public testimony, Serna suggested the board impose more stringent security measures. Those will prohibit anyone who is a registered sex offender or convicted of a violent felony from living, working or volunteering at the tiny home community. The board also committed to funding a 24-hour security patrol service for the area near and around the site.

Several supporters acknowledged the high stakes. They said should this first-of-its-kind project fail, the public and the board likely won’t support future shelter proposals.