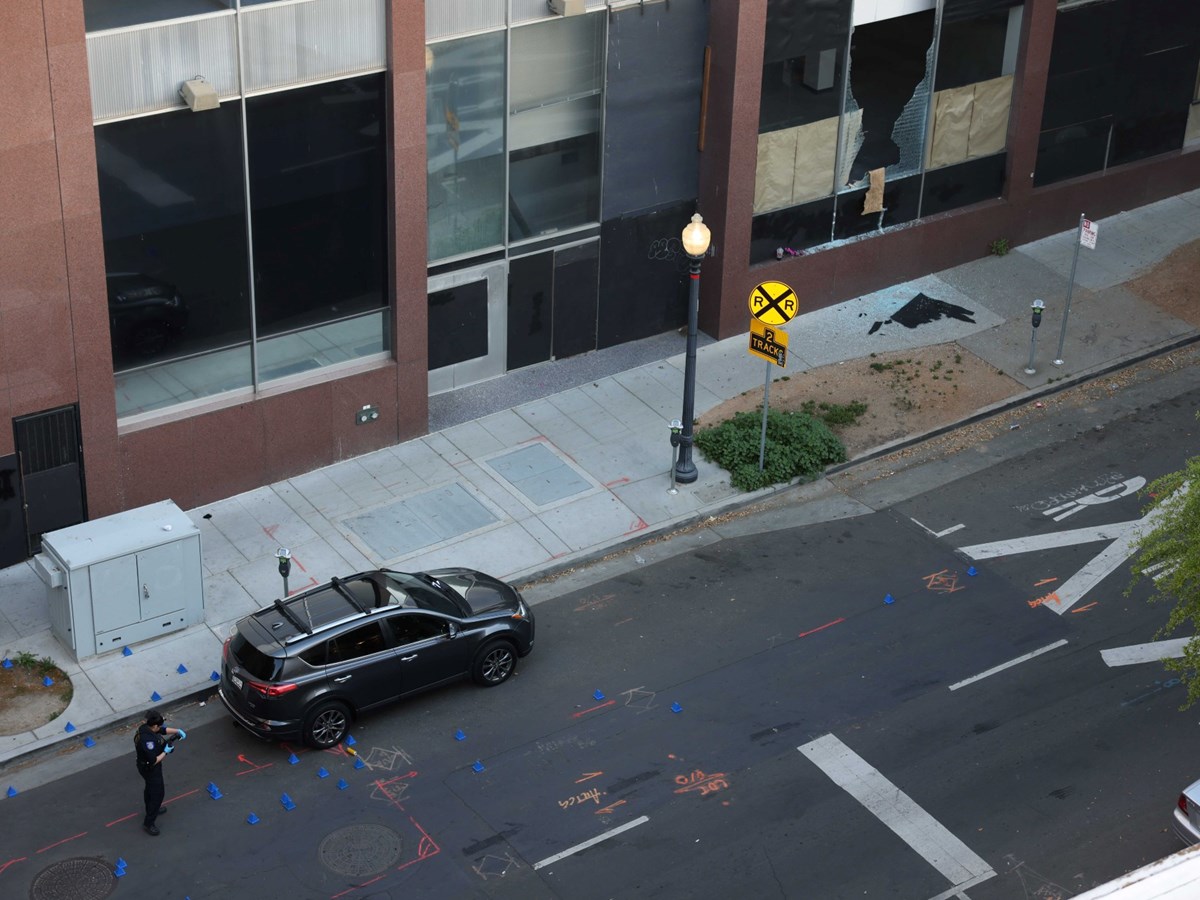 An investigator with the Sacramento Police Department takes a photo of the scene of a shooting near 10th and K streets Sunday, April 3, 2022.

According to police, Payton had been living at an apartment complex in Las Vegas. He was arrested Saturday by the Las Vegas Metro Police Department and FBI Criminal Apprehension Team.

Police say Payton will be held at a "custodial facility" in Nevada before being booked in the Sacramento County Main Jail.

The 27-year-old Payton was first identified as a suspect on April 12, nine days after the shooting that left six people dead and 12 injured. Two brothers, Dandrae and Smiley Martin, are also facing murder charges and are in custody.

Each of the three men are charged with three counts of murder and additional weapons charges. The three others killed in the shooting are not being considered murder victims because officials say they were involved in a gun battle between rival groups.

On the night of the shooting, police say at least five people opened fire in the crowded nightlife district near K and 10th streets over an apparent dispute. The mass casualty event is considered one of the worst shootings in modern Sacramento history.

Helen Barrington contributed to this report.