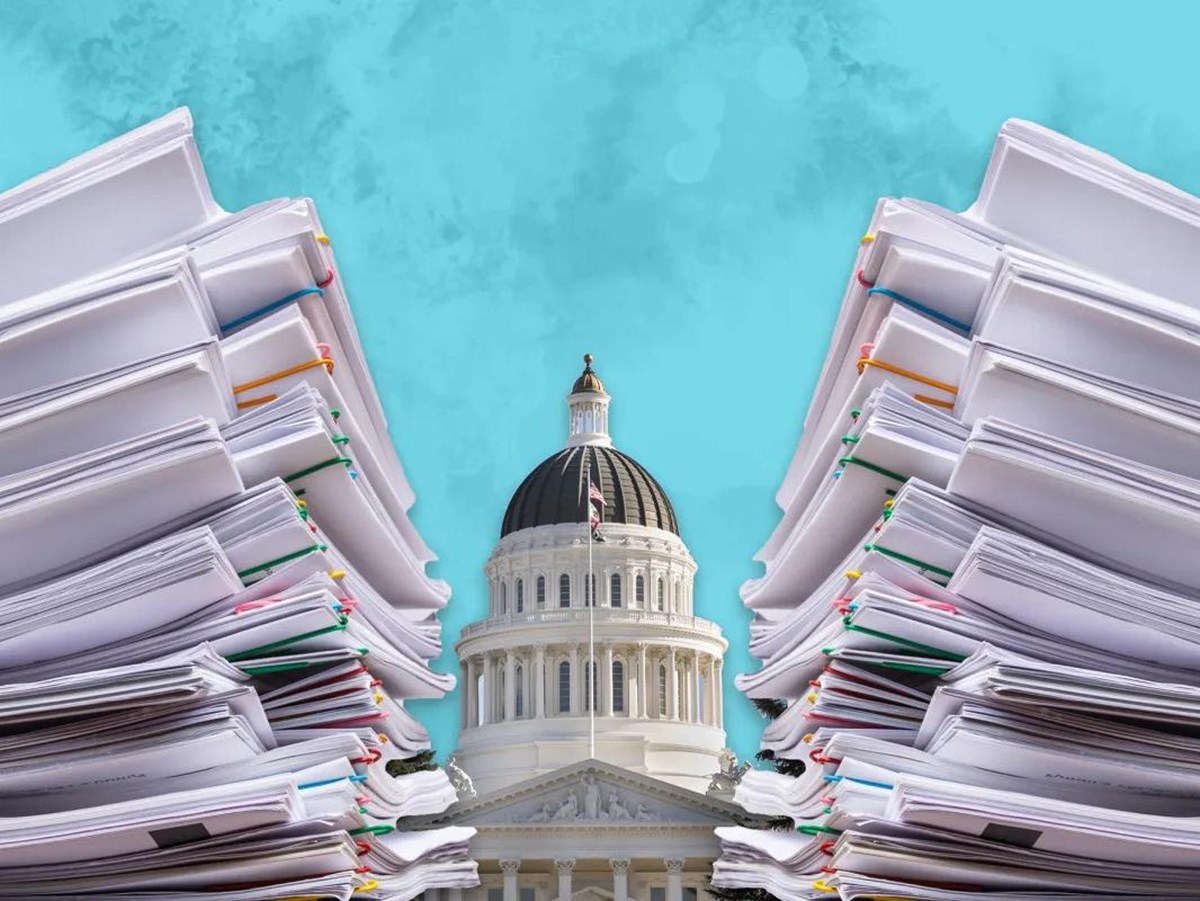 In Summary: On suspense file day, legislators killed about 220 California bills on issues including education, health care, housing and workers.

California lawmakers won’t be creating a state Election Day holiday this year. Nor will they be providing grants to local governments to convert public golf courses into affordable housing, or forcing health insurers to cover fertility treatments.

All of these proposals were victims of the seasonal culling of bills known as the suspense file. This stately and secretive process, led by the Senate and Assembly appropriations committees, serves as a final fiscal review before any legislation expected to have a significant cost to the state is sent to the full chamber for a vote.

In fast and furious hearings on Thursday that stretched for two hours, the committees ran through the fates of nearly 1,000 bills, offering no explanations for their decisions and, in many cases, no formal announcement at all that a measure was held.

The results had already been determined in private deliberations. The suspense file, among the most opaque practices at the Capitol, allows legislative leaders to not only shelve proposals that are too expensive, but to also more quietly dispatch those that are controversial or politically inconvenient, particularly in an election year.

About 220 bills were shelved. The bills that made it through — more than 700 of them — now face another looming deadline next week to pass out of their house of origin. If successful, they will move to the other chamber for further consideration.

Here are some of the notable measures that are not advancing this session:

Five times Assemblymember Evan Low, a Campbell Democrat, has tried to create a state holiday for the November election, closing schools and giving public employees paid time off to vote. And five times the bill has been held on the Assembly suspense file, including again this year.

Assembly Bill 1872 was slightly different from several of its predecessors in that it would have swapped out Presidents’ Day with an Election Day holiday in even-numbered years, rather than simply adding another day off, thereby lowering its cost. But with every California voter now being mailed a ballot in every election, the urgency for such a plan has diminished considerably.

A separate measure to create a state holiday for Juneteenth, Assembly Bill 1655 by Assemblymember Reggie Jones-Sawyer, a Los Angeles Democrat, advanced to the floor, however.

If a powerful interest group swings hard enough at a bill, they just might kill it. That’s what happened when nearly 80 local, regional and national golf groups, as well as several organizations that favor local control over housing development, coalesced against Assemblymember Cristina Garcia’s Assembly Bill 1910.

The measure targeted the state’s hundreds of municipal golf courses, many of which are operating at significant financial losses, as prime locations to help the state build its way out of its housing shortage. It would have offered grants to local governments to convert their golf courses into housing, at least a quarter of which would have to be affordable to low-income families. The result wasn’t too surprising: everyone wants affordable housing, until it threatens to come to their backyard — or local golf course.

Unlike 17 other states, California does not require health insurers to pay for fertility treatments. A round of in vitro and the accompanying medication can cost upwards of $20,000, deterring some people from having children and leaving others in exorbitant debt.

Assembly Bill 2029 by Wicks, an Oakland Democrat, was opposed by health insurance plans and other business groups, which noted the high price tag: an estimated $715 million that would be fronted by employers and health plan enrollees largely in the form of increased premiums.

Assembly Bill 2095 by Assemblymember Ash Kalra, a San Jose Democrat, was a first-in-the-nation bill that would have required large companies to report a broad swath of data on their workforce, including how much they are paid and what benefits they receive. The state could have used that information to provide the public with easy-to-understand measurements of how companies treat their employees and to give top performers certain perks, like tax credits.

But the bill faced ardent opposition from business groups, including the California Chamber of Commerce, which put the bill on its “job killer” list — the collection of measures it lobbies against most aggressively each year. The Chamber argued that the data would create unfair comparisons between companies or be taken out of context.

Legislators did advance another workplace transparency proposal on the “job killer” list: Senate Bill 1162 by Sen. Monique Limón, a Santa Barbara Democrat, which would require companies to make some pay data public, including salary ranges in job posting, passed with a few amendments, including one that exempted companies with 15 or fewer workers.

Part-time community college faculty are having a mixed moment in Sacramento. A pending $200 million health care fund they’ve championed has the support of the governor. But a bill to match the wages of part-time community faculty with full-time faculty for similar levels of work died on the suspense file.

Assembly Bill 1752 by Miguel Santiago, a Los Angeles Democrat, would have increased community college costs by an estimated hundreds of millions of dollars annually. That the cost is so high speaks to the enormous wage gap between part-time faculty — who are typically paid only for the hours they teach, but not for other related work like lesson planning and grading — and their full-time salaried peers.

A majority of community college faculty are part-time, earning on average $20,000 per year. Labor unions backed this bill while the organization representing community college executives opposed it, arguing that they were already struggling to meet staffing obligations in an era of declining student enrollment.

“Educators are deeply disappointed,” Claudia Briggs, spokesperson for the California Teachers Association, said in a text message. “AB 1752 was the right thing to do for students and part-time faculty in a year that the state budget has the resources.”

Assembly Bill 2816 by Assemblymember Phil Ting, a San Francisco Democrat, was meant to provide a boost for California’s signature program to persuade drivers to swap their gas guzzlers for electric cars. The measure would have directed the California Air Resources Board to restructure the rebates for zero-emission vehicle purchases so that consumers would receive more money for giving up cars that used more gasoline. But the proposal failed to garner widespread support among environmental groups.

The fossil fuel industry and the labor unions that represent its workers also flexed their considerable muscle at the Capitol again, helping to kill Senate Bill 953 by Sen. Dave Min, a Costa Mesa Democrat. After a massive oil spill near the coast of Huntington Beach last fall, Min had sought to shut down the three remaining offshore rigs in state waters by requiring California to negotiate an end to their use in the next two years. Even as Democratic leaders eye phasing out oil and gas production in the state over the coming decades, they’ve been reluctant to take even modest steps to limit drilling more immediately. Min’s bill was further undercut by concerns about potential financial liabilities to taxpayers should the state take ownership of the rigs.