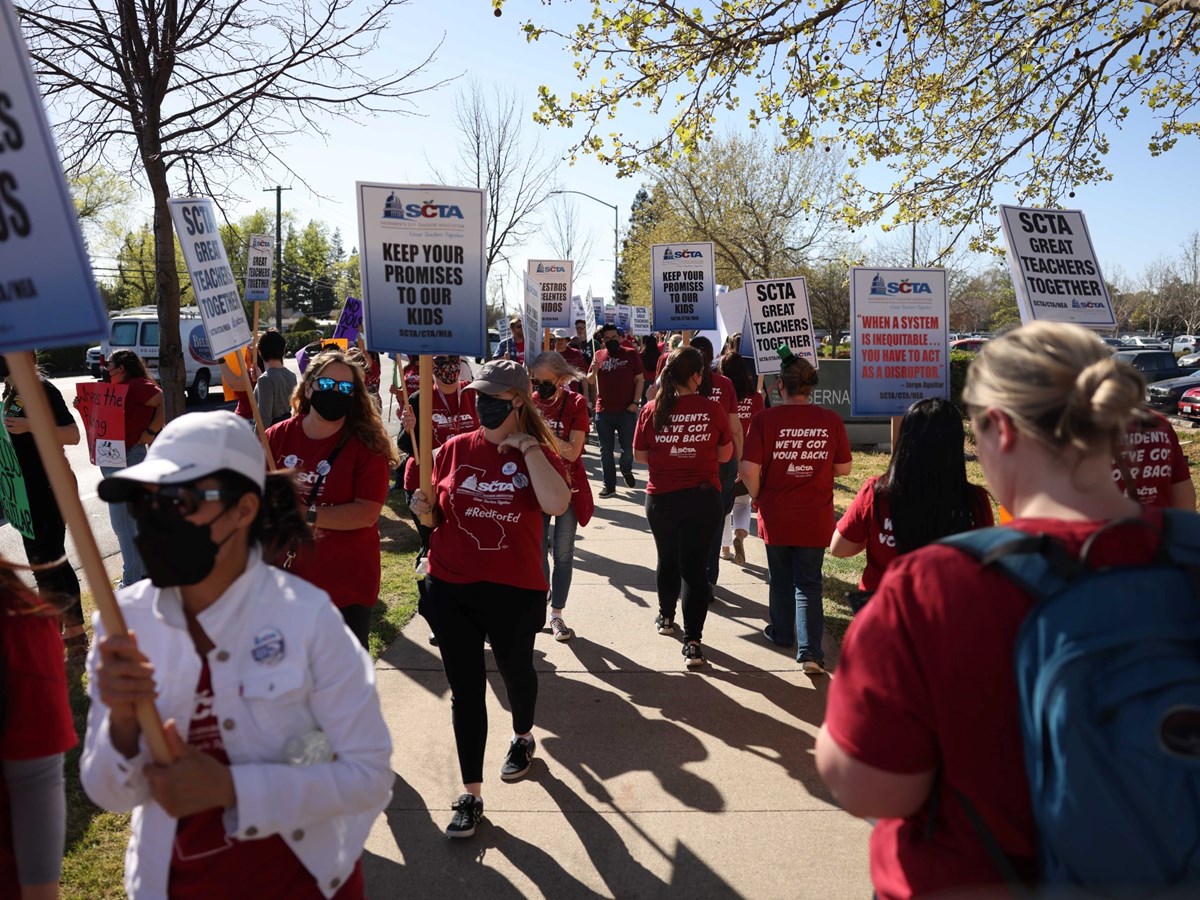 Sacramento City Unified School District’s school year is ending on time, despite prior discussions about extending it to make up the time students lost during an 8-day teachers and workers strike in March.

Because of the lost time, the district owes the state $47 million — a cost the extension was supposed to alleviate. The district says it hopes to work with the state to reduce the penalty.

Discussions between the district and its teachers union, the Sacramento City Teachers Association, began in early April. The two sides negotiated on what an extended year — and staffing on those days — would look like.

Earlier this month, negotiations between the union and district yielded a proposed solution: The school year would be extended a week, and each remaining Thursday starting May 12 would be an hour longer. The district has shorter school days on Thursdays.

The district sent a letter to parents Thursday afternoon informing them the current school year would end on June 16 as scheduled.

“Unfortunately, we were not able to reach a student-centered agreement with the Sacramento City Teachers Association to extend this school year without the necessary assurances to appropriately staff our schools, especially given the varying needs of our diverse student population,” the district wrote.

SCTA President David Fisher said he found out the district was stepping away from the bargaining table on Wednesday night, after the union’s bargaining team responded with a new proposal on May 16. The union proposed all staff report their availability for the extended year by May 20.

“We are in agreement on the general concept of how the dates should be made up,” Fisher said, but added the district said it did not want to comment on what parts of the union proposal prevented the sides from reaching agreement.

SEIU Local 1021, which represents custodians, nurses and other district staff without teaching credentials, was also on strike with the teachers’ union in March. The union’s president, Karla Faucett, said the district never met with SEIU Local 1021 regarding the school year’s extension.

Instead of continuing the negotiations with the teachers union, the district plans to seek a waiver from the State Board of Education that would reduce the $47 million penalty on the condition that it makes up the lost instructional time over two years.

The district says it would need to add 16 instructional days, instead of just the 8 that were lost this year.

“After two years in which students missed significant classroom time due to COVID, we owe them more learning time, not less,” the district wrote.

The state department of education told the Sacramento Bee the waivers do not apply to strikes.

The following school year will also begin as scheduled, on Sept. 1.