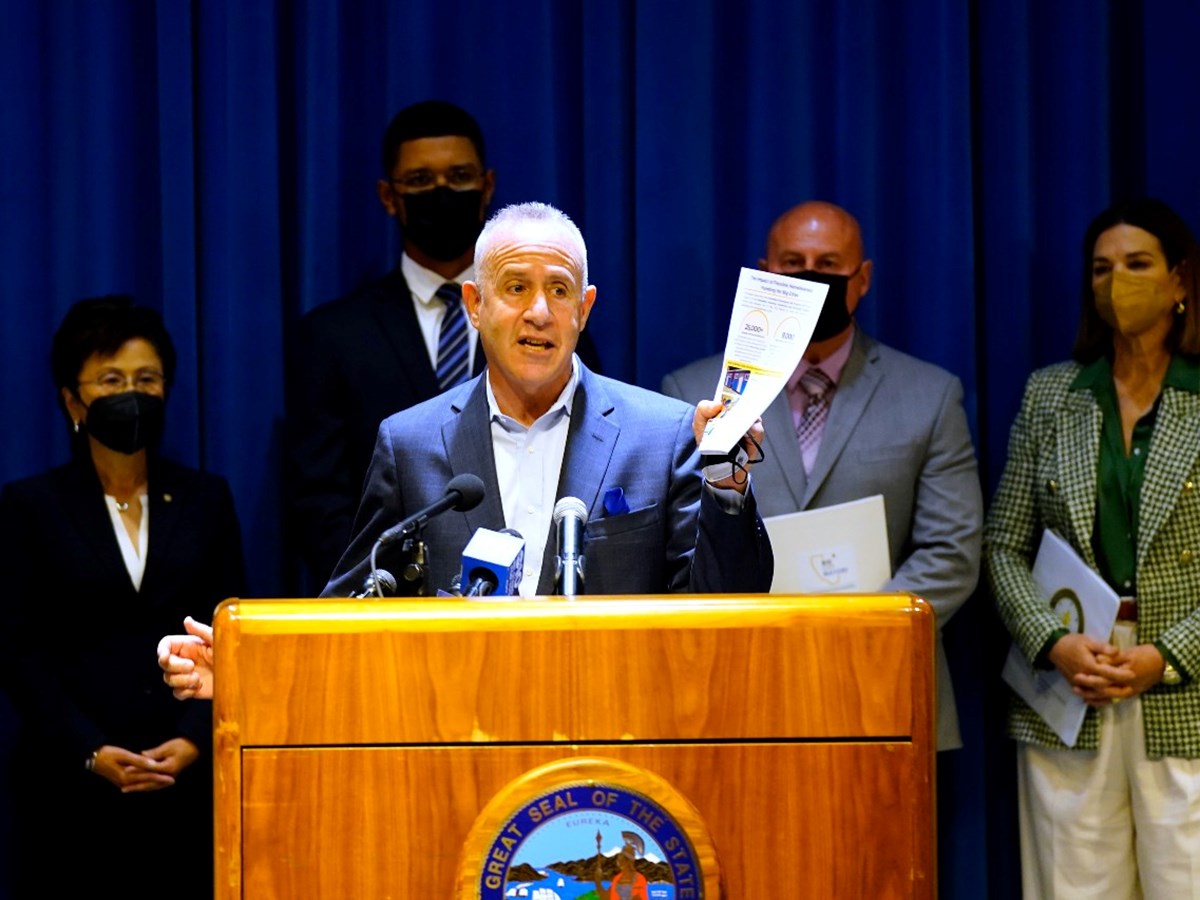 Sacramento Mayor Darrell Steinberg, and other mayors of the Big City Mayors coalition, call on Gov. Gavin Newsom and the state legislature to approve $3 billion over three years in the state budget for flexible homeless funding.

Mayors from some of California's biggest cities are pleading with Gov. Gavin Newsom and the Legislature to extend spending on services for unhoused people.

At a press conference at the state Capitol Monday, Oakland Mayor Libby Schaaf said the state's Homeless Housing, Assistance and Prevention Grant Program has made a difference in her city.

"Without this continued funding, roughly two-thirds of our existing shelter systems will fall off a fiscal cliff," Schaaf said.

HHAP has provided $2 billion to local jurisdictions over the past two years to allow them to pay for homeless shelters, housing and supportive services. It's unclear whether the program will have any allocations in Newsom's revised budget which will be released next month.

Newsom has stressed the need for greater accountability of spending on services for unhoused residents and the state auditor says the state needs a centralized way to track this money.

California had an estimated 161,548 people who were homeless in January 2020, according to the most recent Point-In-Time Estimates of Homelessness published by the U.S. Department of Housing and Urban Development, or HUD. That figure was a nearly 7% increase over the year before and was taken months before the pandemic and subsequent economic crisis spread across the state.

Advocates for people experiencing homelessness expect that many additional residents fell into homelessness over the past two years given the loss of jobs and continued high housing costs during the pandemic.

"Cities don't have the ongoing funding on the Health and Human Services side to do this work and so HHAP is crucial for us, not only [to] maintain what we have started, but to enhance it," he said.

Sacramento County’s most recent Point-In-Time homeless count in 2019 found more than 5,500 people were homeless, a 19% increase over two years. The survey is organized by the nonprofit Sacramento Steps Forward and usually takes place every two years but was canceled last year due to the pandemic.

The 2019 count also estimated that between 10,000 and 11,000 residents countywide experience at least one episode of homelessness during the course of the year.

Volunteers resumed the PIT survey in February. Results from that count will be published later this spring.