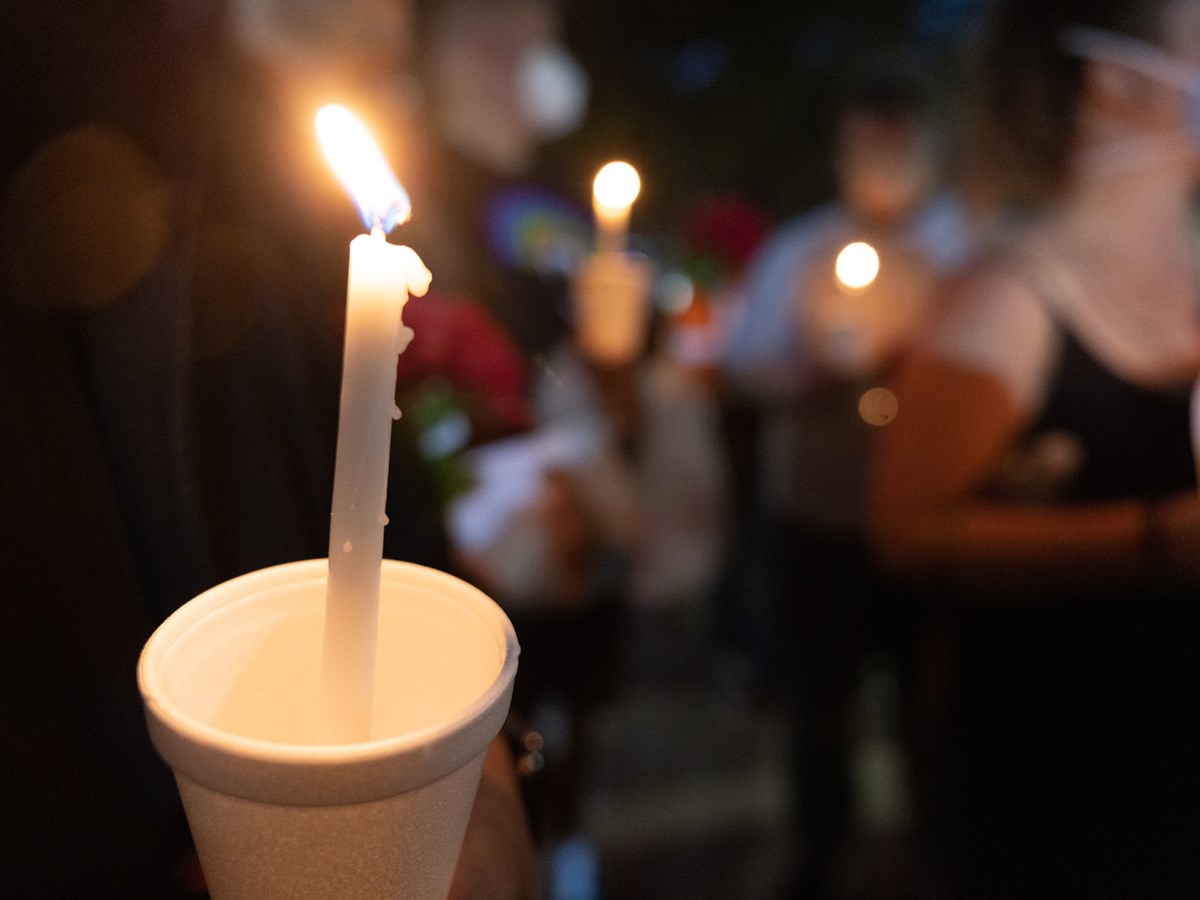 Debate over California’s sentencing laws and recent criminal justice reforms have hit a fever pitch following the arrest of a suspect connected to the April 3 shooting in downtown Sacramento, which left six dead and a dozen others injured.

But discourse over reform and “tough-on-crime” policies aren’t as simple as politicians make them seem, especially in the case of Smiley Martin, one of five alleged shooters in the deadly event.

Smiley, 27, and his 26-year-old brother, Dandrae Martin, were arrested in connection with the shooting and face assault and illegal firearm charges. Investigators are also seeking a third suspect, 27-year-old Mtula Payton. Police have not charged anyone with homicide.

Politicians, including state lawmakers and Sacramento Mayor Darrell Steinberg, have questioned why Smiley Martin was allegedly involved in the street shooting when he was sentenced to a decade in prison just years prior.

A former federal prosecutor questioned why Martin got “a good deal” on his sentencing plea, which resulted in his sole violent felony offense being dropped. That charge may have kept him in prison longer.

Martin was sentenced in 2018 to 10 years in prison for domestic violence charges. He was eligible for parole review — and possibly an early release — in early 2021. The Sacramento County DA’s Office asked the parole board to deny the early release.

In a letter to the state Board of Parole Hearings, Deputy District Attorney Danielle Abildgaard called Martin an “assaultive and non-compliant individual and has absolutely no regard for his victims.”

Abildgaard wrote: “If he is released early, he will continue to break the law.”

He was officially denied parole, but under state law and the terms of his deal struck by the DA’s office, Martin completed his sentence earlier this year.

Martin’s original charges included felony kidnapping, which is considered a violent crime under Proposition 57, a law voters approved in response to a 2009 federal ruling that ordered California to reduce its prison population.

The proposition incentivized some incarcerated people to complete rehabilitation programs by providing credits that could be applied to their sentence. Inmates can also earn credit for good conduct.

Martin’s kidnapping charge was dropped in a plea deal he took in early 2018, which meant he would be considered a nonviolent offender.

Additionally, a spokesperson with the California Department of Corrections and Rehabilitation said Martin received 508 days of credit for time served as well as "a variety of additional post-sentencing credits while serving his time.”

Under Proposition 57, Martin received enough credits through good behavior and for completing educational or rehabilitative programs to get his prison sentence reduced.

After his request for parole was denied in 2021, he served nearly another year and was released in February 2022.

Laurie Levenson, a former federal prosecutor and professor at Loyola Law School, questioned why Martin received the deal “given the nature of his crime and his background.”

She says it appears contradictory for the DA’s office to give him a nonviolent offender’s deal, then later paint him as a violent criminal.

“I don't know whether there were problems with the evidence [or] problems with the victim testifying,” she said. “But the assessment of whether somebody is going to be an unreasonable risk of violence really starts at that stage.”

In a statement, Sacramento County Chief Deputy District Attorney Rod Norgaard hinted victim cooperation may have been a factor in the plea deal.

“We are keenly aware of the obstacles presented in the prosecution of domestic violence cases, including the willingness of the victim to participate in the criminal justice process,” Norgaard wrote.

Martin’s girlfriend testified in court, but her account differed from another witness in the case. She told the judge that she received facial injuries because she was hit with a phone that Martin’s stepmother threw at him while the two were fighting.

“Our sole objective in this case was to hold Mr. Martin accountable for his conduct with the evidence available to us. The resolution of the case for ten years in state prison served that objective,” Norgaard’s statement said.

The California Republican Party issued a statement falsely claiming Martin “was let out of state prison early by [Gov. Gavin] Newsom’s parole board.” The parole board denied Martin’s early release request in 2021. Instead, he completed his sentence in February 2022.

Republican lawmakers have already called for tougher sentences for gun crimes and a reversal of policies that can lead to earlier release. They sent a letter to the governor Wednesday calling on his administration to discard a proposed rule that would increase the rate at which some inmates earn credits.

Some Democratic lawmakers have defended the laws and warned against returning to so-called “tough-on-crime” policies that have led to a disproportionate number of Black and Latino people in California prisons.

“The cheap, easy political thing to do is to say, ‘lock them up and throw away the key,’” Assembly member Miguel Santiago (D–Los Angeles) said last week. “But that hasn't worked. … Decades of tough on crime policies created the situation that we're in today.”

Levenson cautioned against what she called “the Willie Horton effect,” where policymakers rush to undo reforms based on one violent offender.

Sam Lewis with the Anti-Recidivism Coalition said the rehabilitative programs expanded under Proposition 57 are proven to lower rates of people reoffending.

When inmates “begin to work on themselves and make the change that they need to make, that's what enhances our public safety, not longer sentences,” he said.

Sacramento County DA Schubert — who is running for state attorney general this year — has blamed Proposition 57 for “turbocharging credits” and other laws that limit certain enhancements for criminal charges, saying the policies tie the hands of prosecutors.

Just last year, Newsom signed a law that raised the standard for when prosecutors can apply a sentence enhancement for gang activity. It likely would not have impacted Martin’s domestic violence sentence.

Schubert also led more than two dozen county prosecutors in a lawsuit that aimed to stop CDCR from increasing the rate at which offenders earn credits.