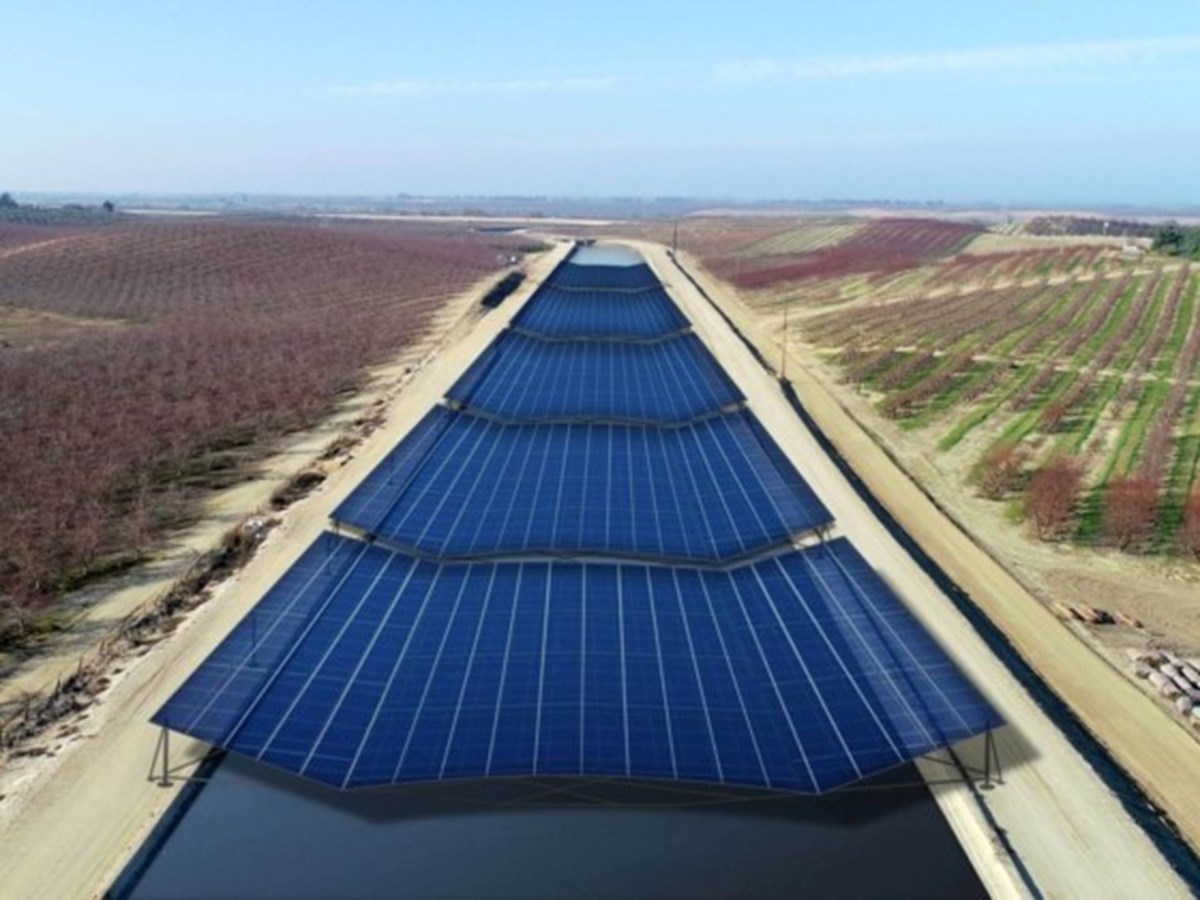 A first-in-the-nation project to build solar panels over irrigation canals will get underway later this year in Stanislaus County.

Turlock Irrigation District expects to break ground in the fall on building solar panels at multiple locations within the 250 miles of its canals. The agency expects to produce renewable energy and reduce water evaporation.

Called Project Nexus, the plan is a concept developed by UC Merced and funded with $20 million by the California Department of Water Resources.

According to the UC study, if the state’s 4,000 miles of canals were covered, it could result in a savings of 63 billion gallons of water annually and generate 13 gigawatts of solar power, or one-sixth of the state’s current installed capacity.

Josh Weimer with Turlock Irrigation says Project Nexus will put that theory to the test.

“[It will] provide a model to not only California but the rest of the country to utilize our existing water infrastructure to produce renewable energy and potentially save water,” Weimer said.

Weimer says the panels will be placed at three different locations.

The pilot project will put to the test the feasibility of covering the state’s 4,000 miles of canals with solar panels.

“We are excited of the potential,” he said. “The potential to save water from evaporation and also to minimize the amount of maintenance that we have to do in our system to ensure reliability of irrigation deliveries to our growers.”

The project should be completed by 2024.