Sandra Reynolds, 53, on the American River Parkway, where she lives unhoused, Tuesday, Feb. 9, 2022.

An environmental group has demanded the city and county of Sacramento remove 750 unhoused people camping out at the American River Parkway by the end of the year, citing multiple hazards tied to the homeless encampments that dot the 23-mile natural corridor.

“The Parkway is in crisis,” the American River Parkway Foundation wrote in January. “The environmental and public safety impacts of the growing number of incidents of illegal camping threaten the Parkway’s beauty and sustainability and are a hazard to communities, schools, and businesses that border the Parkway.”

The foundation blamed the camps for starting fires, diminishing water quality and spreading hazardous materials from intravenous drug use. Along with its demand of removing 750 campers, it requested the county form a removal plan by March.

County officials, parkway preservationists and homeless advocates alike agree on the need to address the encampments. But there’s disagreement on how, and some advocates say the county has already overstepped its legal powers, which are limited by recent federal court rulings.

Sprawling homeless encampments have dotted the American River Parkway in Sacramento County for more than a decade. A “tent city” near the river made national headlines in 2009 when its residents — many of whom had lost their jobs during the Great Recession — were featured on The Oprah Winfrey Show.

County officials estimate there are up to 1,000 people living in encampments on regional park properties across Sacramento County, with a large share of those along the parkway.

What legal authority do local governments have to remove encampments along the parkway? 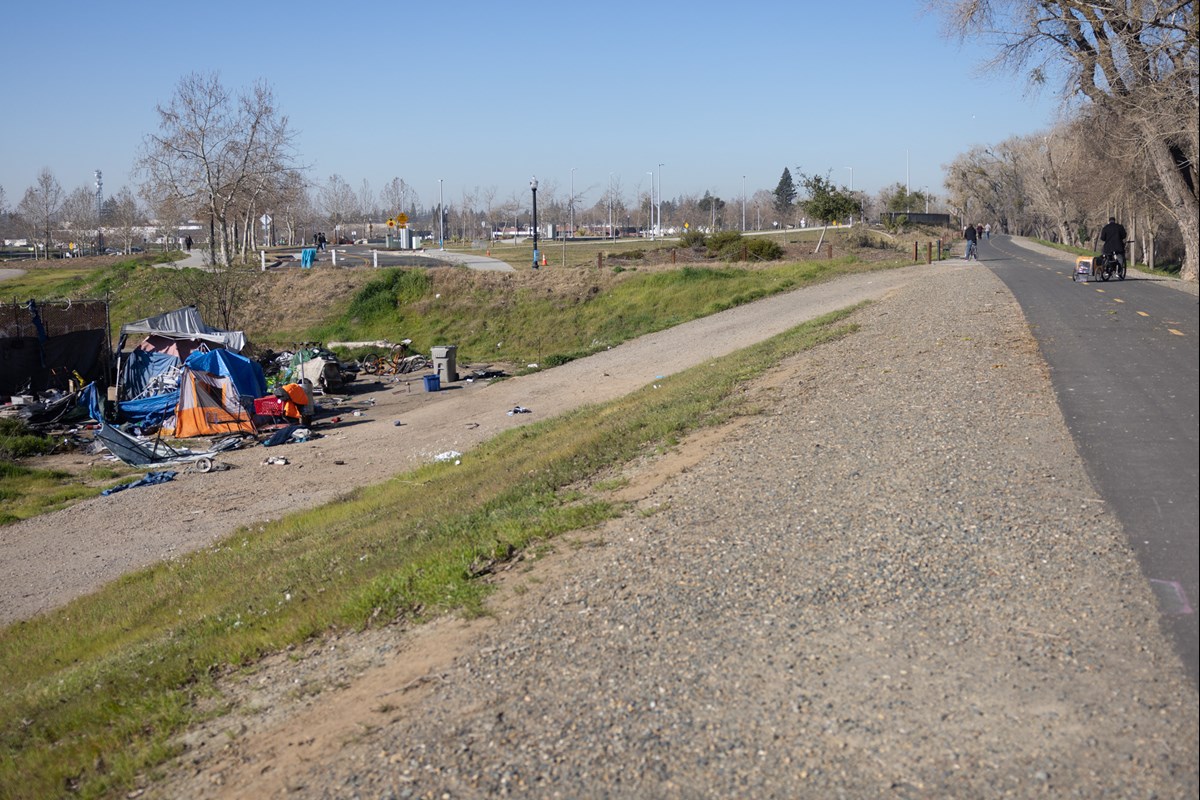 Sacramento County officials say they agree with the need to deal with the encampments — and frequently do so by removing them. Last year, crews cleared more than 1,600 individual camps, according to the Sacramento Regional Parks, the county department that manages the parkway. A camp might consist of one occupied tent plus several additional tents used as storage.

But encampments are made up of multiple camps, and local agencies can’t clear those indiscriminately, nor can they issue citations or make arrests. Their legal authority is limited and the process is painstakingly slow, said Leonard Orman, the county’s chief park ranger.

“If I thought it was lawful to remove everyone, I would have done it yesterday,” Orman said.

Instead, Sacramento County and jurisdictions across California must adhere to a 2019 federal court ruling known as Martin v. Boise, which prevents them from prosecuting people camping on public property unless certain conditions are met.

City spokesperson Tim Swanson said the city is committed to supporting unhoused residents, but deferred questions about parkway encampments to the county, because the county owns and manages the recreational corridor.

What is Martin v. Boise and how does it limit clearing encampments?

In Sept. 2018, the Ninth Circuit U.S. Court of Appeals delivered a ruling that placed significant restraints on how local governments in California and across the West can address homeless encampments.

The Court ruled it unconstitutional to enforce ordinances that prohibit sleeping or camping on public property by homeless people, except under certain circumstances including when shelter or a legal campground is available. Sacramento County has approximately 1,100 indoor and outdoor shelter spaces, but they are all typically full.

"As long as there is no option of sleeping indoors, the government cannot criminalize indigent, homeless people for sleeping outdoors, on public property, on the false premise they had a choice in the matter," Ronald E. Bush, the Court’s Chief Magistrate Judge, wrote in the ruling.

In Dec. 2019, the U.S. Supreme Court refused to review the decision, allowing the ruling to stand. The decision applies to all states within the Ninth Circuit — California, Oregon, Washington, Montana, Nevada, Arizona, Idaho, Alaska and Hawaii.

How does Sacramento County remove encampments given these limits?

Orman, the county’s chief park ranger, said the federal court ruling doesn’t necessarily stop the county from removing encampments along the parkway. But it does require officials to follow a longer process that involves social service outreach to homeless people and prevents them from issuing citations or making arrests.

“We’re trying to be responsible so we don’t end up in litigation,” he added.

In consultation with county attorneys, Orman said his department reviews complaints about parkway encampments, including those about camps that block public rights-of-way and those that create an environmental hazard by producing large amounts of garbage.

Once a complaint is received, he said the first step is for rangers to investigate and confirm the problem exists. If it does, they offer homeless people social services, including shelter or housing when it is available, and ask them to voluntarily leave.

Orman said most campers aren’t interested in moving and that encampments have become more entrenched over the past couple years following the state’s shelter in place order, which led to a hands-off approach by law enforcement.

If parkway campers refuse to leave, the county will “up the ante on outreach,” Orman said, meaning they will bring in more social service workers to try to convince them to move. He said success under these circumstances might be getting five people in an encampment with 30 people to move to shelter or to another location.

Orman said outreach continues until residents have rejected all services offered. Finally, officials move to a “post and abatement” phase. A notice is posted saying they’ll be clearing the camp within 48 hours. By this point, Orman said residents typically move their own belongings, though the county stores property and allows them to retrieve it.

Campers often just move to another spot on the parkway, Orman said.

Mark Merin, a Sacramento attorney who has represented homeless people, said the county’s interpretation of the federal ruling is overly broad and wrong. “You cannot remove somebody,” Merin said. He added that the county’s abatement process amounts to “coercing people into leaving” and is a civil rights violation.

He said the county should redirect the money it spends clearing camps to establishing permanent homeless housing.

How do other counties approach the issue?

Roshena Duree specializes in homelessness policy for the California State Association of Counties, which lobbies on behalf of the state’s 58 county governments.

She said Sacramento County’s approach toward encampment enforcement is typical of how most counties now approach the issue statewide.

“For counties, they’re leaning into their responsibilities being service providers,” Duree said. “Our philosophy the last few years is to say, ‘How can we use (a recent infusion of state) money and resources to provide permanent housing and services?’ And not just moving individuals from one place to another.”

Duree noted the federal court ruling doesn’t stop local governments from enacting some limits on public camping. She said cities and counties can regulate when and where camping takes place, with some banning camping near libraries, schools or other “sensitive places.” Some of those local laws are being challenged in court, she added.

Unhoused residents and advocates believe there has to be another way 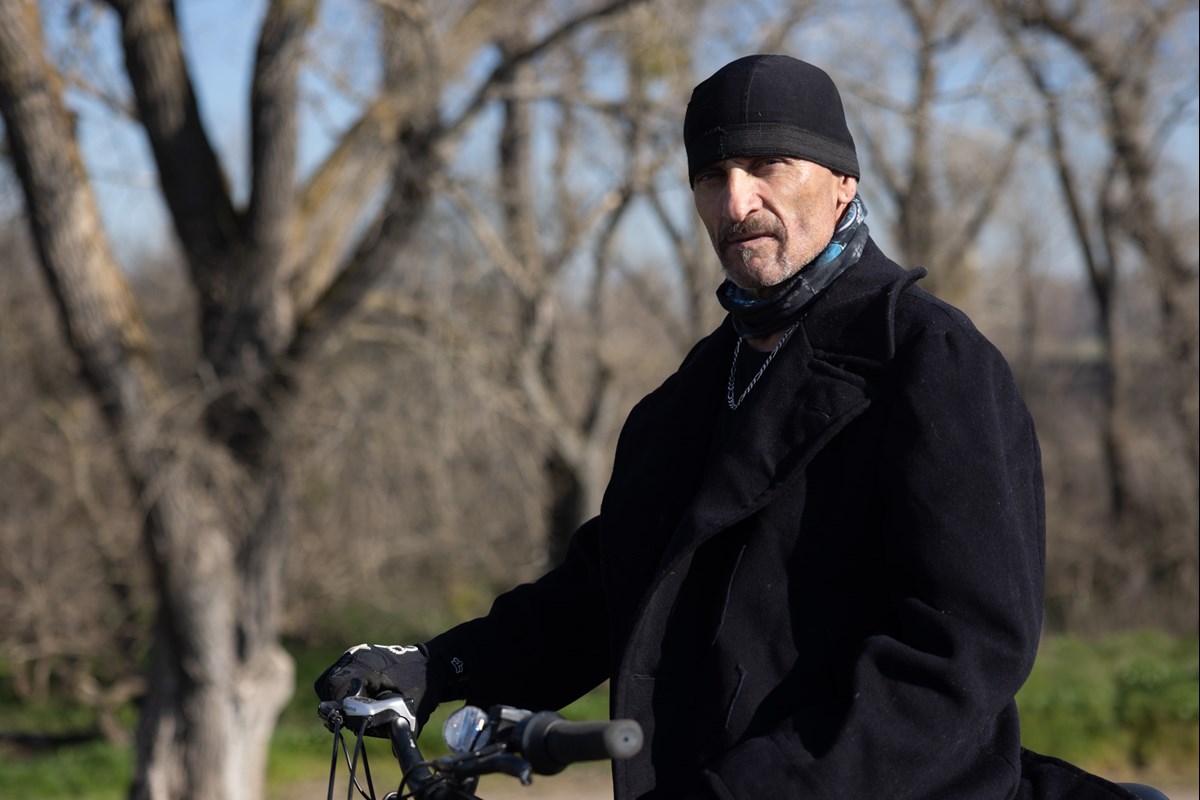 Raul Lujan, on a bicycle on the American River Parkway, where he lives unhoused, Tuesday, Feb. 9, 2022.Andrew Nixon / CapRadio

Several homeless people who live along the parkway said they understand the concerns about trash created by the encampments, but also expressed concern about the foundation’s demand to remove them.

“I feel kind of responsible for the garbage and debris that we create,” said Raul Lujan, 56, a Sacramento native who said he’s been without a permanent home for more than a decade. “[But] where are we supposed to go?”

Sandra Reynolds, 53, a former Lyft driver who said she lost her home during the pandemic, said she has no immediate housing or shelter options.

Faye Wilson Kennedy, co-chairperson of the Sacramento Poor People’s campaign, said she agrees with the parkway foundation that local agencies must develop a stronger plan to address the encampments. But she says sweeps aren’t the answer.

“The answer is working collectively with the unhoused, with the advocates, to create a comprehensive, holistic plan where we can house people with dignity and respect,” she said.

How does the city of Sacramento address homeless encampments in public places within its city limits?

Like the county, the city of Sacramento says Martin v. Boise — and its own lack of shelter space — limits its ability to move encampments.

“At present, there are a greater number of persons experiencing homelessness in the City than there are beds in shelters. Consequently, the City may not criminally enforce a law that prohibits camping or sleeping on all public property,” the city says on a frequently asked questions website about encampments.

The website points out the federal ruling allowed for some exceptions for people camping “on or near critical infrastructure.” This allows officials to remove or relocate campers on “levees, and those that block passage on public rights-of-way,” according to the city.

​​But there have been sweeps, including several by the Sacramento Department of Utilities near “critical infrastructure” or on private property, a city spokesperson said.

In December, the city towed a number of cars and RVs parked in an industrial area in North Sacramento just weeks before Christmas, according to a report from The Sacramento Bee.

How does Caltrans enforce homeless camps on its property, including under freeway overpasses?

The state transportation agency also has some authority to move homeless encampments on its property.

“Occasionally, the department must proceed with the relocation of an encampment if there is an immediate safety concern or threat to local infrastructure,” Caltrans said in an October press release. “In those instances, Caltrans works closely to support local agencies’ efforts to connect individuals living in encampments with resources for safer living conditions as available to keep the individuals and our freeways safe.”

What does the county do to prevent encampments from starting fires?

It’s illegal to start a fire or barbecue along the parkway unless you’re in a designated area. Still, there were roughly 170 fires along the parkway last year and “the majority” started in areas near homeless encampments, according to Orman. He said 50 of the blazes were due to arson or suspected arson.

During the height of fire season last summer, Orman said rangers confiscated barbecues and other items used to start fires from encampments.

“Fire is a high priority for us,” he added. “Obviously there’s a public safety issue and an overall environmental issue.”

During colder months, Orman said the department tries to strike a balance between fire safety and the knowledge that residents at encampments use barbecues to keep from freezing.

“I’m not saying we’re going around seizing barbecues right now on a regular basis. We’re not,” he said in late January.

“But open fires, we are taking enforcement action [on those]. It’s just too risky,” he said, explaining rangers put the fires out and issue a citation.

Correction: A previous version of this story misspelled attorney Mark Merin's name. It has been corrected.