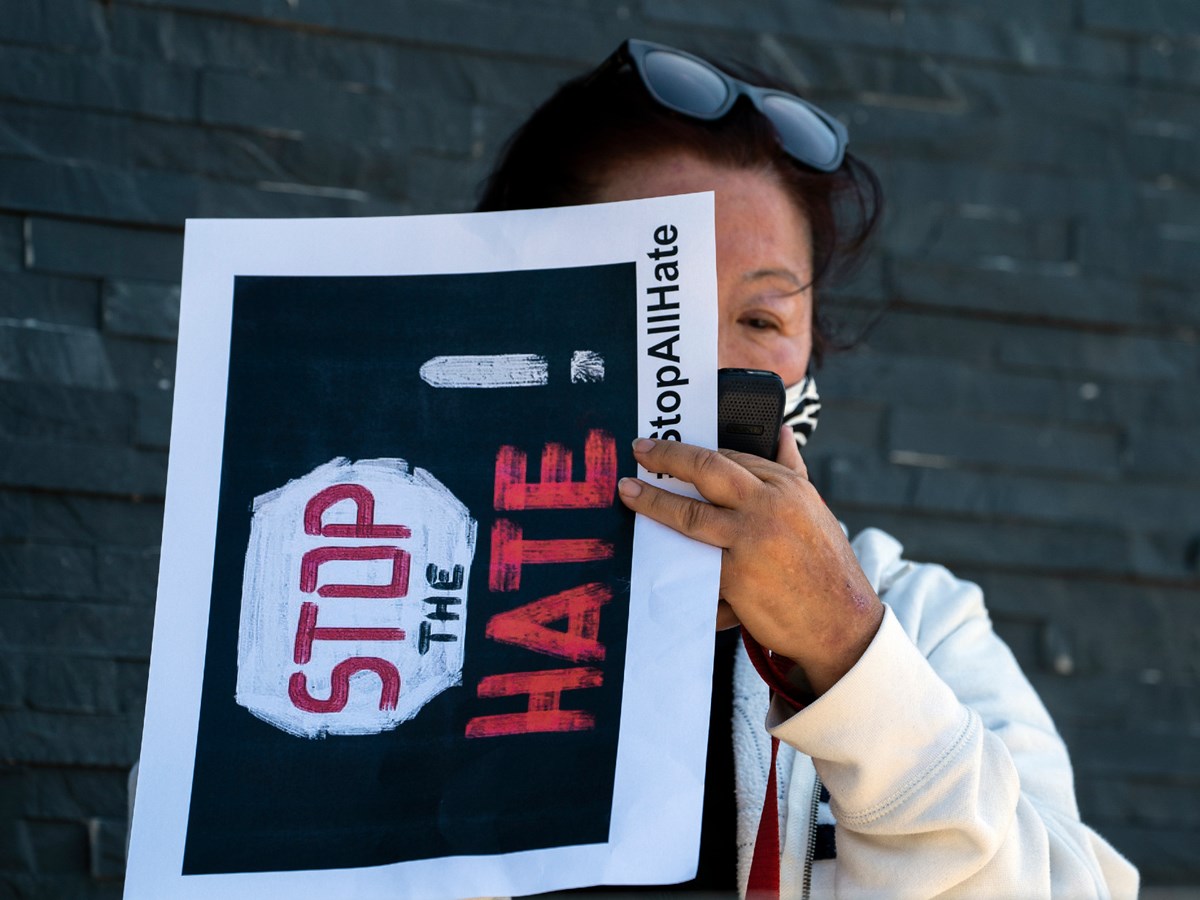 A member of the community participates in a rally to denounce hate against the Asian American and Pacific Islander communities in the Koreatown neighborhood in Los Angeles Friday, March 19, 2021.

A recent nationwide survey showed one in five Asian Americans has experienced a hate crime since the start of the pandemic.

California has, by far, the largest Asian American population in the U.S. with more than 6.5 million people identifying themselves in this way. That’s more than the next top five states combined.

Now, a new documentary focused on hate crimes against Asian Americans is selling out screenings and winning the award for best documentary at the 17th Annual Chinese American Film Festival. It’s called "The Race Epidemic" and writer/producer Ronald Wong is the main person behind it.

He spoke with CapRadio’s Randol White about his inspiration for the documentary.

Was there a flashpoint where you decided this documentary needs to be made?

Let me just begin by saying this is the third iteration and storyline that we're on. This is three years in the making and I've spent my life working in politics and primarily around issues of empowerment and representation. And, you know, in three decades you've seen the Asian-American community really get their voice.

So originally I wanted to document that. But then when we saw President Trump and the advent of COVID, that really changed the direction of the film as he was, in my opinion, stoking racial animus and division. So then we started to pivot the film, and in a way, the film began to write itself because I thought in my mind that this was predictable, that we were going to see this rash of hate against our own community.

You're a veteran political consultant, including some time in the Clinton administration where you focused on hate crimes. Do you believe this issue, racism, has a partisan element?

I don't think so, per se, in the sense that there is hate. And then there's what we do about it, right? And I think the solutions tend to be on the Democratic side. Right? I mean, more progressives want to have stricter enforcement, a better definition of hate crimes.

While data show a major uptick in these hate crimes during the pandemic, your film does show that this is not a new problem, especially here in California. Right?

I think it's important to note in the 1800s, you know, we had two lynchings and those were the largest lynchings of people of color, and those were in Chinatown, San Francisco and Chinatown, Los Angeles. This pattern of hate is something that is repetitive, and it's largely driven by policies and what is going on economically because obviously: COVID. While it was the major health crisis of a century, it has economic implications when people are feeling insecure about their future.

Is your hope that this film will make its way to classrooms?

I think that's one of them. Our broader hope is that, you know, we would love to get a distribution deal, a bigger platform. But either way, we're going to keep pushing it because I think this is a film that needs to be seen throughout America and obviously not just for Asian-Americans, but for every single American that wants to, you know, be open minded and understand our history.