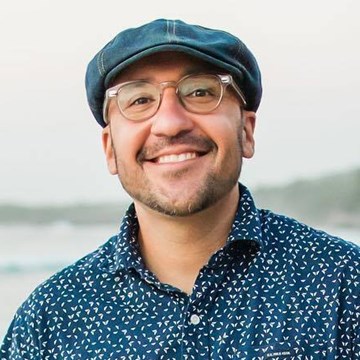 Antonio Muniz is a farm boy from the fields of Merced who learned from his grandmother how to provide for the land and have the land provide for you. Although he didn't always like the chores and dealing with farm animals, he learned important lessons while chasing cows, feeding chickens, and fending off irate turkeys. During this time, he discovered the magic of radio. He would listen intently, and used his Fisher Price recorder to start making his own mix tapes, recording tracks from on air broadcasts of his favorite pop, R&B, and rock stations.

Eventually he left Merced to attend Humboldt State University and studied Journalism, Audio Engineering, and History. It was among the redwoods and ocean landscapes that he went from listening to radio to being a DJ at KRFH 610 AM Radio Free Humboldt. His time and experiences at Humboldt State shaped him profoundly and aided him greatly when he graduated and moved to Sacramento to pursue a career in radio. It took months of cold calling stations to finally get a shot from the Marketing Director of the Eagle 96.9. Antonio's love and deep knowledge of rock radio along with the skills developed at HSU propelled him at the Eagle, where he worked as Promotion Assistant, Coordinator, and eventually Promotions Director at the Eagle’s sister station KWOD 106.5 Everything Alternative.

The radio journey eventually brought him to CapRadio, where he was able to apply his skills first in the Corporate Support department, eventually moving into the Production department. Along the way he took up on-air hosting duties. When he’s not working to provide aesthetically pleasing radio to the community, he enjoys reading comics, noodling on guitar and audio equipment, or having grand adventures with his family.