A Marine sergeant from Roseville, who friends and family described as a bright light, was among the 13 U.S. military service members killed in Afghanistan last week in a suicide bombing at the Kabul airport, according to the U.S. Department of Defense.

Sgt. Nicole L. Gee, 23, was helping search evacuees before they entered a gate at the Hamid Karzai International Airport. U.S. troops have evacuated more than 100,000 people from Afghanistan, including Afghans and Americans, since the Taliban seized control of the country two weeks ago.

The Aug. 26 bombing killed more than 200 people and wounded at least 18 other troops in what was the deadliest attack on U.S. service members in Afghanistan in a decade.

The ongoing evacuations are taking place ahead of the Aug. 31 deadline President Joe Biden established for withdrawing U.S. troops from Afghanistan.

“She is the friend that people go to when they need help,” Fuoco added.

The Roseville native graduated from Oakmont High School in 2016. She played on the school’s softball team and stayed in touch with several of her former teachers, according to a letter from Oakmont Principal Isabel Govea.

“Nicole is a hometown hero,” Govea added. “Her life and service to our country will never be forgotten.”

In one of her final posts on social media, Gee wrote “I love my job🤘🏼,” next to a photo of herself comforting an infant at the Kabul airport, her eyes fixed on the baby she held in her arms. In another, Gee is shown standing next to a C-17 transport plane as people lined up to board. “Escorting evacuees onto the bird,” she wrote. 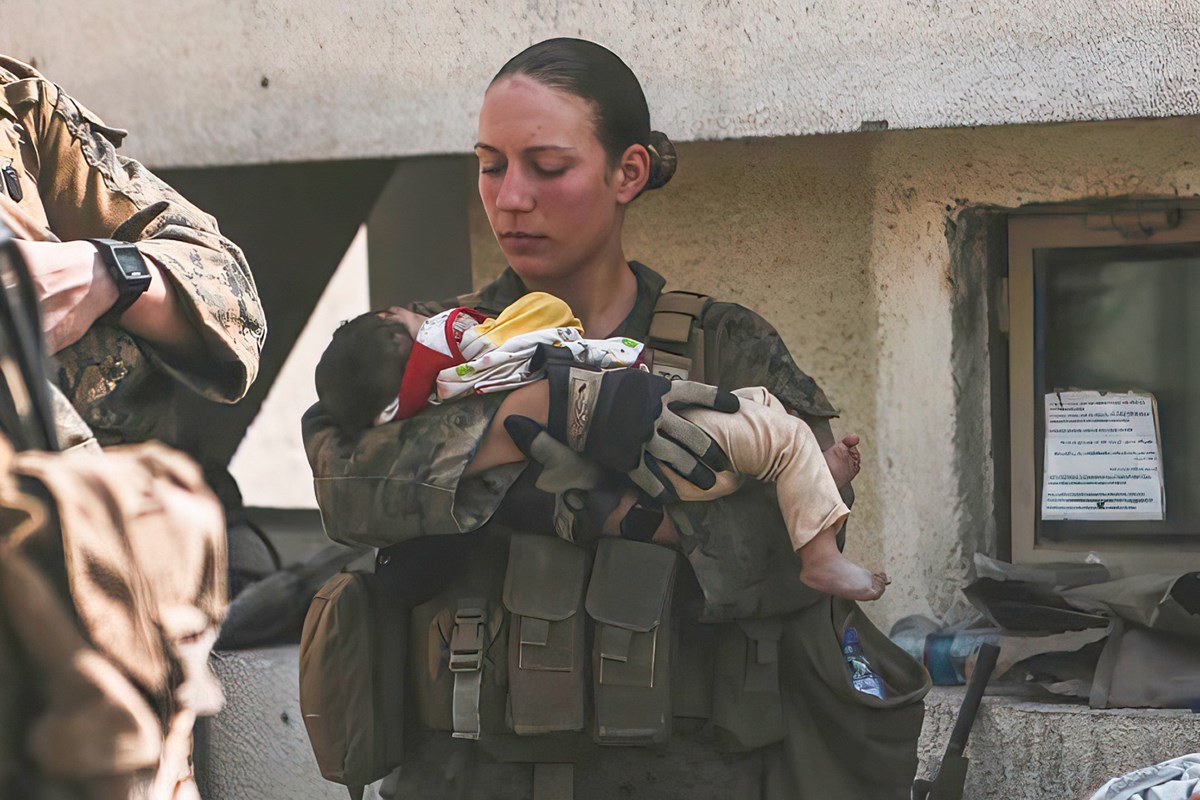 In this Aug. 20, 2021, image provided by the U.S. Marine Corps, Marines assigned to the 24th Marine Expeditionary Unit (MEU), including Sgt. Nicole Gee calms an infant during an evacuation at Hamid Karzai International Airport in Kabul, Afghanistan.Sgt. Isaiah Campbell/U.S. Marine Corps via AP

Gee was married to Jarod Gee, who is also a Marine, according to a GoFundMe page established by her sister, Fuoco.

“They had a bond like nothing I’ve ever seen and I’m so devastated that he has lost the love of his life,” Fuoco wrote. “She was everything to Jarod, the bright sun to his life.”

On Facebook, U.S. Rep. Tom McClintock, who represents Roseville, described Gee as “the definition of an American hero. A selfless Marine who put her country before herself was lost in the line of duty while helping evacuate Americans and our allies in Afghanistan. Remember her name.”

“This week, we lost a brave member of our region’s community far too soon,” added Rep. Doris Matsui of Sacramento, in a written statement. “Sgt. Nicole Gee lost her life while proudly serving our nation, ensuring the evacuation of Americans and Afghan allies from harm's way.

Four of the Marines killed in the Kabul bombing were from California, according to the Department of Defense. Most, including nine Marines and one sailor, were based at Camp Pendleton in San Diego County.

“California joins the nation in mourning the tragic loss of 13 U.S. service members, including those from California, and many other innocent victims in this heinous attack,” added Gov. Gavin Newsom in a statement.