Bear Cub Escapes While Being Treated For Tamarack Fire Burns 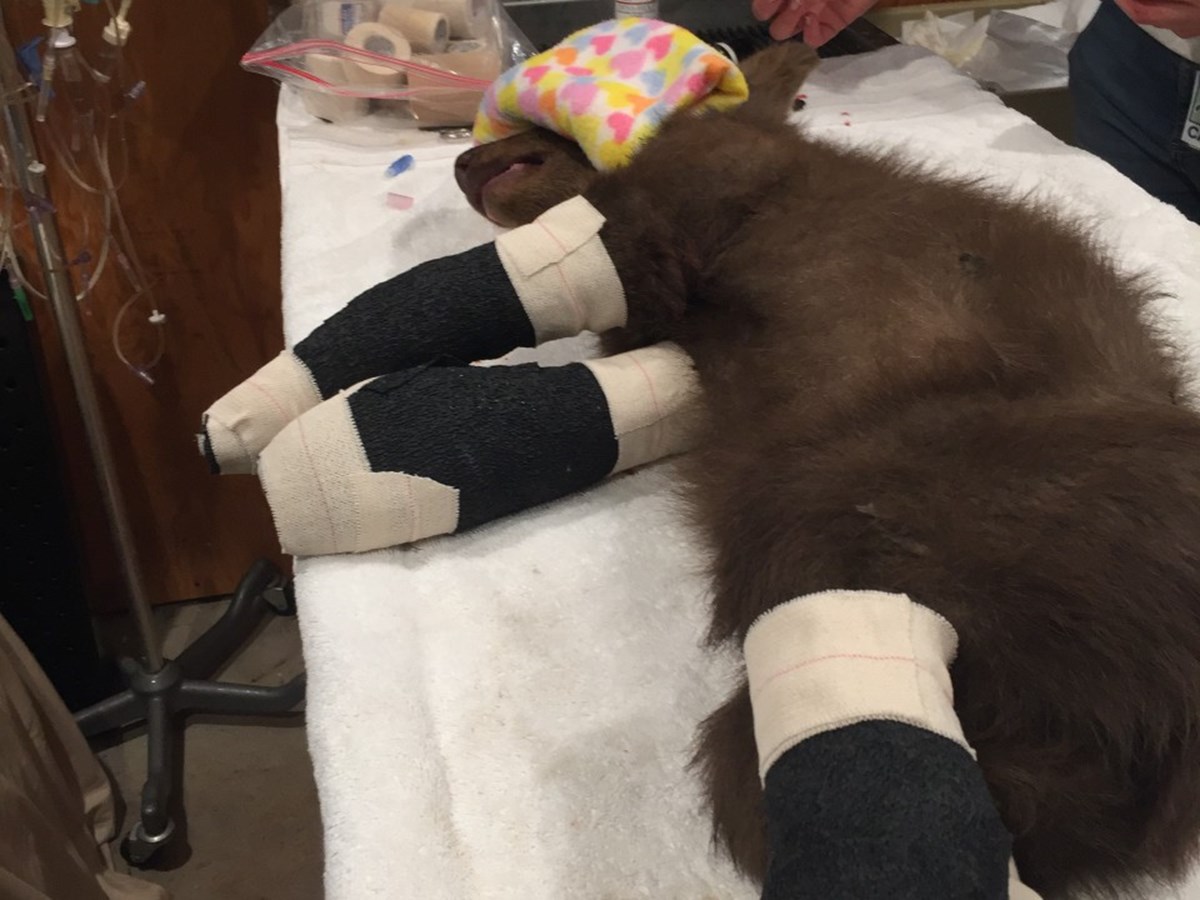 A 6-month-old black bear cub that was being treated for burns after being rescued from the Tamarack Fire has escaped his enclosure and is missing.

The bear was the first wild animal rescued from the blaze after he was found in a Markleeville neighborhood the night of Aug. 1. Lake Tahoe Wildlife Care mobilized a team to rescue the cub, who has been named Tamarack.

The cub had severe burns on all four paws, and prior to his escape, veterinarians were working to get a skin treatment that will speed healing, according to Greg Erfani with Lake Tahoe Wildlife Care

"We started with Manuka honey,” he said. “It has healing properties and pain relieving properties. So they cover the bear paws in this honey and then they wrap them." 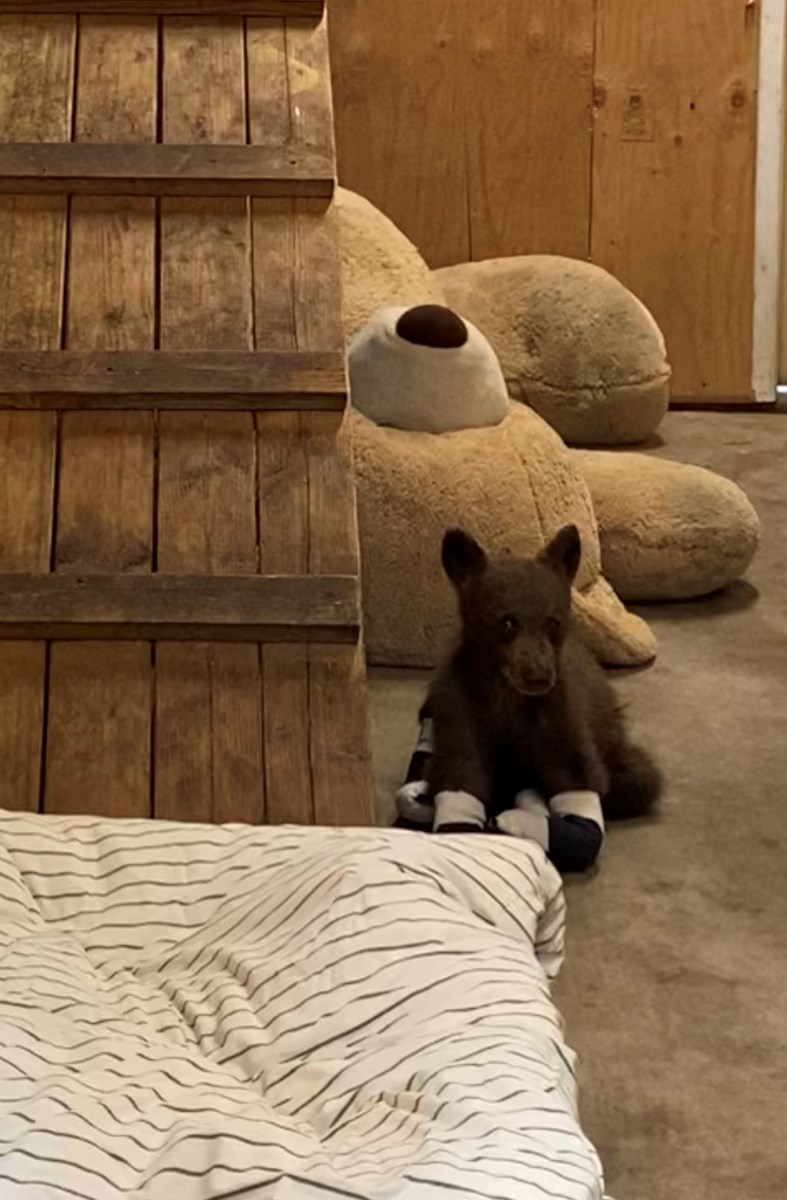 The center had hoped to follow that up with an innovative tilapia fish skin treatment, keep Tamarack through winter and release him next spring. But the bear escaped his enclosure and managed to tunnel under an electric fence. Now, Lake Tahoe Wildlife Care is asking for the community’s help to get Tamarack back into their care.

Tamarack is not in imminent danger and isn’t a threat, according to the center, but needs to be located as soon as possible so they can continue treatment. The center announced Thursday that hikers had spotted the cub in South Lake Tahoe, and the center said the photos of him were encouraging as he is alive and able to climb trees.

They’re asking that anyone in the South Lake Tahoe area, particularly the Black Bart, Heavenly Valley and Sierra Tract areas, be on the lookout. If you spot the bear, don’t approach him as he may flee or hide. Keep visual contact with the bear and call (530) 577- 2273 to report the sighting to Lake Tahoe Wildlife Care. 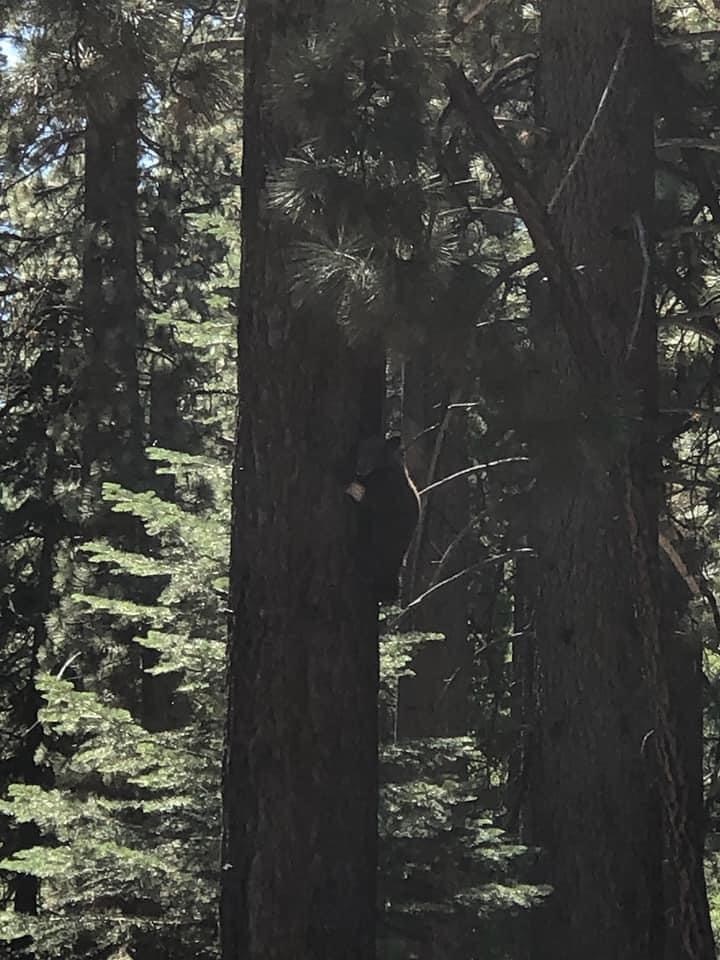 Tamarack the bear cub was spotted in a tree by hikers in the South Lake Tahoe area.Lake Tahoe Wildlife Care
Follow us for more stories like this