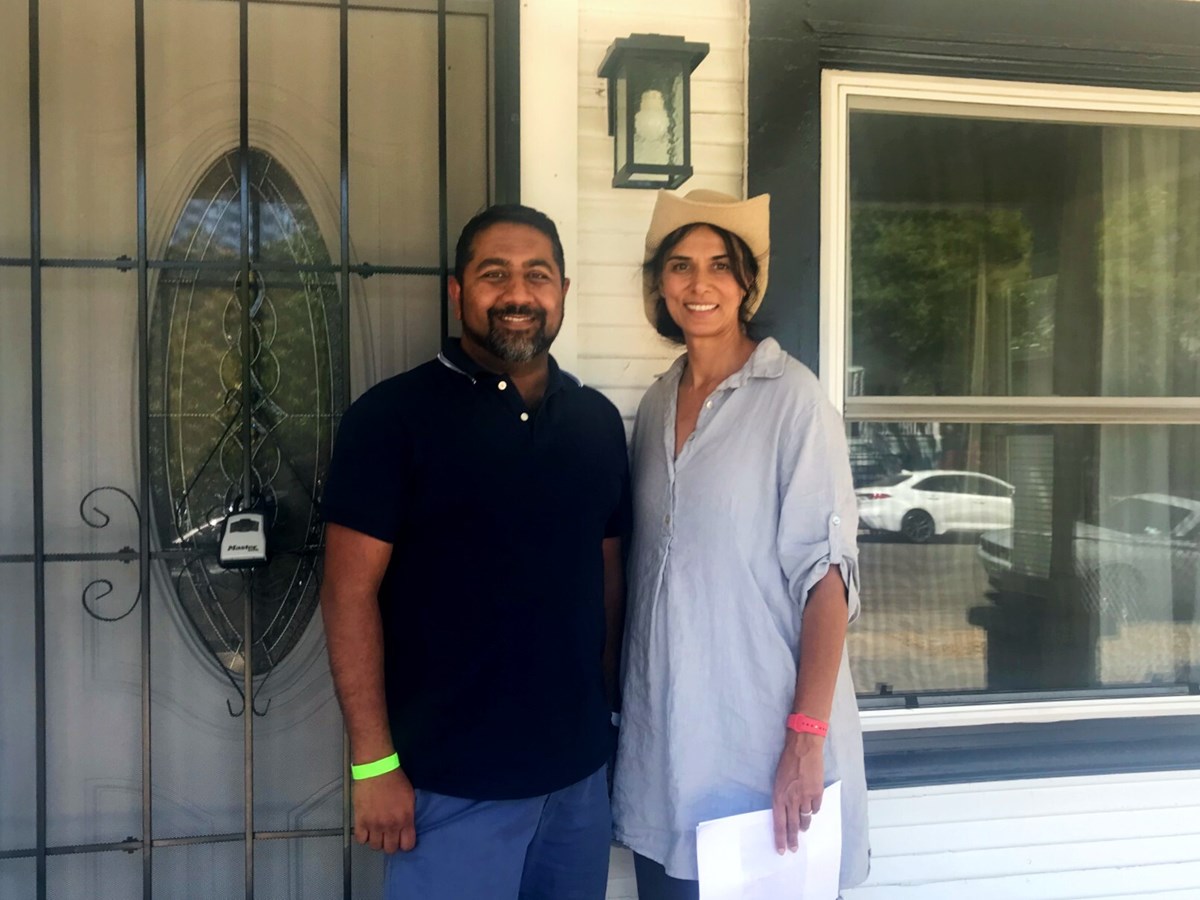 Raja Jagadeesen (left) and his wife Ravi Kahlon stand in front of their Oak Park rental home. Before the pandemic, the Folsom couple owned six rental properties in Sacramento and the Bay Area, but they said they were forced to sell half of them.

Ravi Kahlon and her husband Raja Jagadeesan owned six rental homes — including some duplexes in Sacramento and the Bay Area — before the pandemic.

The couple, who live in Folsom with their three young children, say their goal as mom and pop landlords was to provide housing the community could afford, often below market rate.

But after the economy shut down, four of their nine tenants stopped paying rent entirely due to job losses or other hardships brought on by the COVID-19 crisis.

More than a year into the pandemic, the bills are continuing to pile up for small landlords, who provide housing for nearly half of all renters in America, much of which is affordable for middle- and lower-income tenants, according to housing experts.

Many landlords say ongoing eviction moratoriums are making it difficult for them to stay in business after they’ve gone months without rental income or greatly reduced payments. In addition, the state’s rental assistance program, which has more that $5.2 billion available for struggling tenants and landlords, is lagging.

All the while, there’s concern some small scale rental owners will sell to corporations that may not provide similar entry-level options for tenants.

For Kahlon and Jagadeesen, the resulting loss of revenue put pressure on their ability to stay afloat as landlords. They estimated they’ve lost $28,000 from two properties in Vallejo alone.

Their rental business was becoming unsustainable.

“If we want to provide clean, safe housing for people, I mean we need to at least make the numbers work out,” Jagadeesen added.

As of this month, landlords still can’t ask courts to remove tenants who aren’t paying rent.

The moratoriums have been credited with slowing evictions but haven’t stopped them entirely. In California, the state ban only protects tenants from being removed for failing to pay rent and only if they submit paperwork that shows their income was affected by the pandemic. In May, The Sacramento Bee found approximately 600 people had been evicted in Sacramento County during the pandemic despite the protections.

While tenant groups see the moratoriums as a key protection, economists say the bans also place a huge weight on small landlords, especially those whose renters haven't paid for months.

Given the red hot real estate market, they say some landlords might just sell and get out of the business altogether.

“There’s maybe never been a better seller’s market in America because prices have increased so much,” said Jeff Tucker, senior economist at Zillow. “Homes are selling very quickly almost no matter what condition they’re in. And therefore that is a very tempting window of opportunity especially for a small-time landlord to cash out and sell that home.”

Homes are selling very quickly almost no matter what condition they’re in. And therefore that is a very tempting window of opportunity especially for a small-time landlord to cash out and sell that home

Meanwhile, tenants groups say extending the moratoriums was critical since only a fraction of the billions of dollars in federal rent relief has gone out to low-income renters affected by COVID-19.

In California, 8,174 households had received $114 million in state rental assistance as of July 9, according to Russ Heimerich, a spokesman for the state’s Business, Consumer Services and Housing Agency. That’s up from $20 million distributed in late May. But the state has received more than 103,000 applications so far of people requesting more than $893 million in relief.

Heimerich told CapRadio in May that the initial distribution of the funds was slow because the state wanted to prevent fraud and the duplication of benefits.

Last month, California officials streamlined applications for the money after advocates said many renters had given up on the process due to its complexity and language and technology barriers.

For renters who do apply for assistance, like Jaylynn Bailey of Pasadena, there is often a long and excruciating wait.

“We’re at a loss,” Bailey said during a May press conference organized by renter advocates. “We don’t know where we are in the system. We don’t know if our landlord has outright rejected the program. There’s just been no communication.”

Kahlon, the landlord from Folsom, said the relief programs aren’t easy for landlords to navigate either. She said she assisted her tenants with applications and received money from some of the local jurisdictions which administer relief funds, but never heard back from others.

Last month, Gov. Gavin Newsom and state lawmakers agreed to cover 100% of back rent for low-income tenants affected by COVID-19. That is up from the 80% of past due rent the state previously covered.

But tenants and landlords must still go through the same process that has distributed just about 13% of the rental assistance that has been requested.

Russell Lowery is executive director at the California Rental Housing Association, which represents landlords. He said he fields phone calls everyday from rental owners who continue to lose income and are desperate for help.

Lowery said he recently spoke with a 67-year-old woman who relies on Social Security income and revenue from her rental property to pay her bills.

“She has a tenant who hasn’t paid in five months,” Lowery said. “That is her retirement income. And under the extension of the law and the current moratorium, she can’t get access to the courts to have a judge hear her case. It’s not right.”

He said some small landlords can’t wait any longer and are starting to sell. Based on all the billboards and radio advertisements offering to “Pay cash, buy now,” Lowery predicted it won’t be mom and pop landlords buying those homes.

“There are corporations and investors that are lined up to buy these properties,” he said. “We believe we’re shifting the landlord mix from smaller to corporate.”

There are corporations and investors that are lined up to buy these properties. We believe we’re shifting the landlord mix from smaller to corporate.

If that shift happens, it would mean fewer affordable options for renters, said Nathaniel Decker, a researcher at UC Berkeley’s Terner Center for Housing Innovation.

“Losses of that (rental housing) stock because of people selling, because they’re unable to make their expenses, that’s concerning,” Decker said. “That could be depleting this stock of low-cost, decent quality housing across the U.S.”

A Terner Center survey of small landlords published this week found 11% of small landlords nationwide reported “the pandemic has made me take steps to sell some of my rental properties,” Decker said. The survey had 1,690 responses.

There’s no hard data yet on who’s buying the properties, he added.

Tenant advocates say they are strongly opposed to the further consolidation of rental properties in corporate hands, citing concerns about higher rents and less forgiving landlords. During the Great Recession, corporations bought up rental housing across the country.

But Shanti Singh, a spokesperson for Tenants Together, said her advocacy group is also wary that the plight of the small landlord might be exaggerated to win more concessions for the industry.

“We have unfortunately seen weaponization of small landlords by bigger corporate actors, even when we do have a common interest in keeping them afloat,” she added.

‘We Have To Make Those Hard Decisions’ 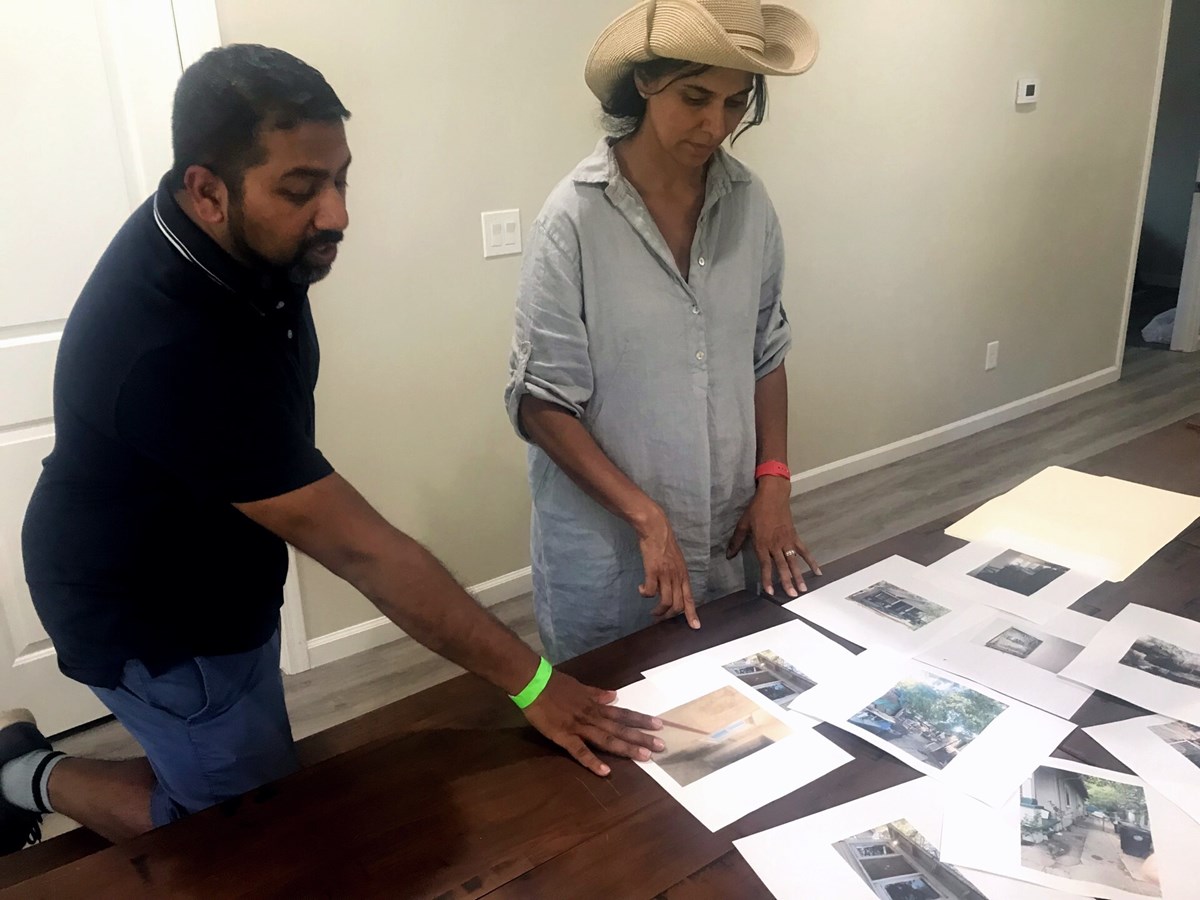 As a small landlord, Ravi Kahlon said she works hard to keep her tenants happy. She drives across the region, often with her children in the back of the car, to make repairs herself at properties from Vallejo to Sacramento.

“We put everything we have back into the community,” Kahlon said while touring an Oak Park rental home with a large backyard where she hopes to grow fruits and vegetables for neighbors. “These (renters) are the people that help keep our houses afloat, and I want to give back.”

She said one of her goals is to make a positive difference in her tenants’ lives. That includes keeping rents low, sometimes below market rate, for long-term tenants like Stephanie Lopez.

Lopez, who said she’s known Kahlon for about five years, said she pays $1,400 per month for a two-bedroom, two-bathroom rental home in Sacramento’s Oak Park neighborhood. It’s about two miles from the UC Davis Medical Center, includes a garage and sits on a corner lot, the tenant and landlord said.

The average rent for a 2-bedroom single-family home in Sacramento was $1,833 as of this week, according to Zumper.com, a rental search website. It was $1,718 for 2-bedroom homes in the Oak Park area, according to Rentometer.com.

When Lopez lost income because of COVID-19, she said Kahlon helped her apply for rental assistance. When she needed a bigger place, her landlord helped again by renting them a larger home.

“They really worked with me as my family grew,” said Lopez, who has three young children and takes care of another family member.

At a nearby property in Oak Park, Kahlon said she charges $1,075 per month for a two-bedroom, one-bathroom rental home. She said she’s known that tenant for eight years.

Still, the loss of rental income at several properties during the pandemic proved too much for Kahlon and her husband Raja Jagadeesen. They’ve ended up selling half their properties.

“You know, we’re not getting any revenue from property X. But we are bleeding money every month,” Jagadeesen explained. “And so we have to make those hard decisions. I think we have to sell. And that happened not once, not twice but three times.”

He said one went to a young couple who plan to live at the home, taking it off the rental market.

Another went to an investor, who Jagadeesen expects “will likely slap some paint on it,” and then raise the rent.